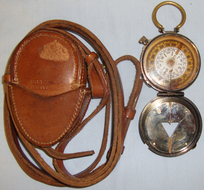 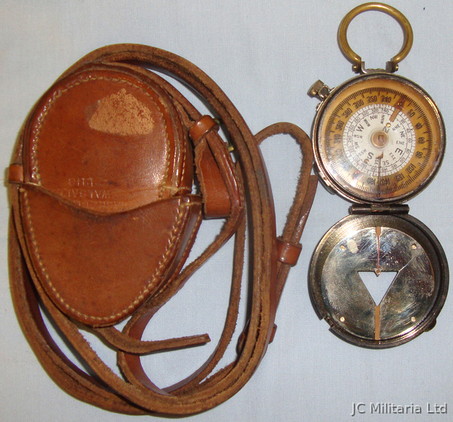 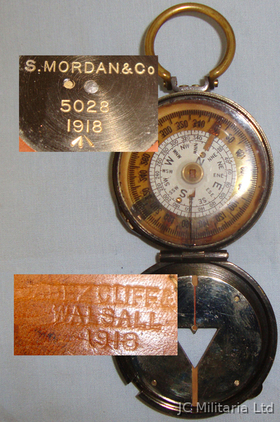 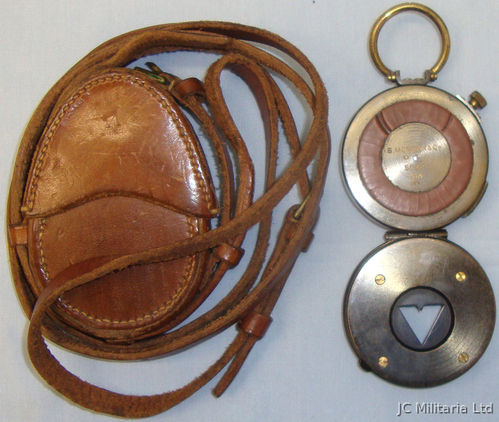 S.Mordand & Co were British manufacturers of WW1 marching compasses favoured by British Officers. S. Mordan & Co made mainly Verner's pattern compasses during WW1. This item is called a mirror compass and is a variation on a model designed and produced by Cruchon & Emons and PLAN Ltd. in Switzerland for the U.S. Corps of Engineers. This is an excellent fully functioning WW1 British Officer's Military Compass By S.Mordand & Co. It has a brass case and is mounted with lanyard ring. The glass face and brass case is perfectly intact. The rear casing is stamped with ‘S.Mordand & Co-5028 – 1918’ . It is complete with brown leather case with flap cover and stud fastener. The case has impressed 'Jabez Cliff Walsall' (In 1906 Not far from the Cliff factory were the premises of the world renowned saddle making company J. A. Barnsby and Sons, who were situated at Globe Works in Lower Forster Street. Jabez Cliff Tibbits put in a bid for the firm. Their offer was accepted, and the two companies amalgamated. Jabez Cliff and Co saddles retained the prestigious Barnsby label, whilst the high quality bridles were manufactured under the Cliff name, thus creating the saddlery brand Cliff-Barnsby.) Price for this nice WW1 cased piece of equipment includes UK delivery. OPT 819.