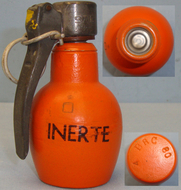 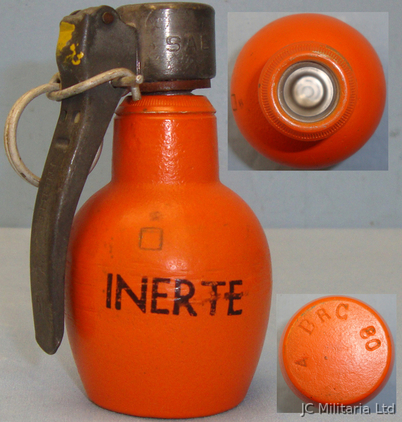 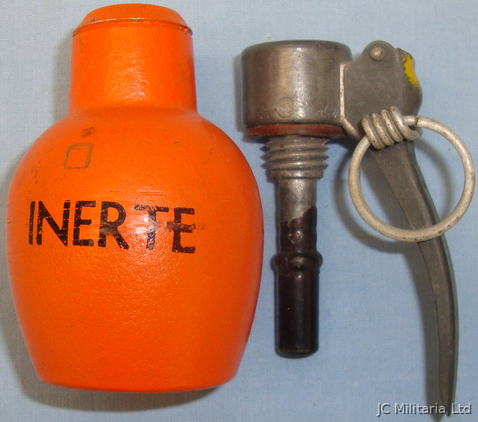 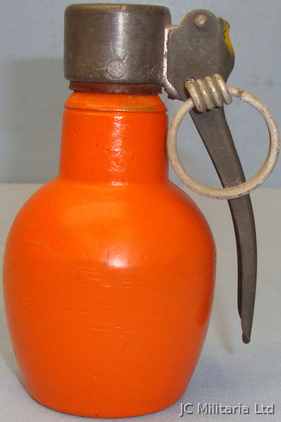 After WW2 , the DF (and OF) stayed in service for a long time. The different fuzes give new dimensions, but the body stayed the same as used in WW2.The body was fitted with an adapter to fit the fuze with detonator. Various forms are known. The post-war DF37/46 was filled with 60gram pulverized Tolite. Bodies were made of cast steel and fuzes used on this grenade were the Mle1935, F3 or F5.Its total weight is around 560gram, depending on fuze. This example is a classroom instruction model. These are factory made and are issued with a complete inert fuze with a dummy detonator attached. This detonator has a small drilled hole on the side of it. The price includes U.K. delivery. O 1649.