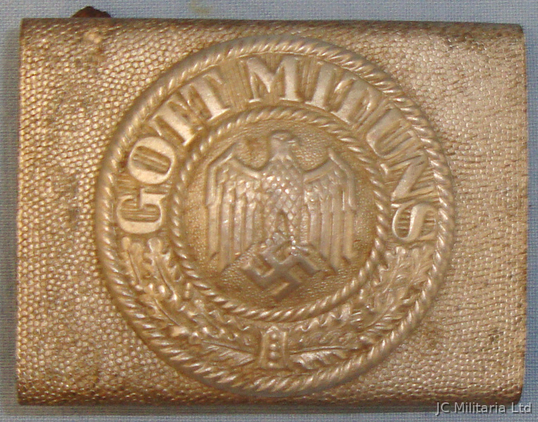 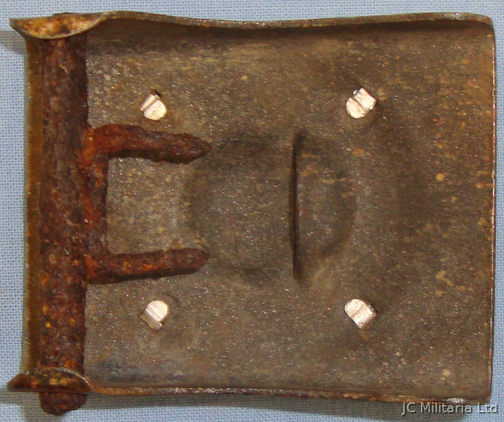 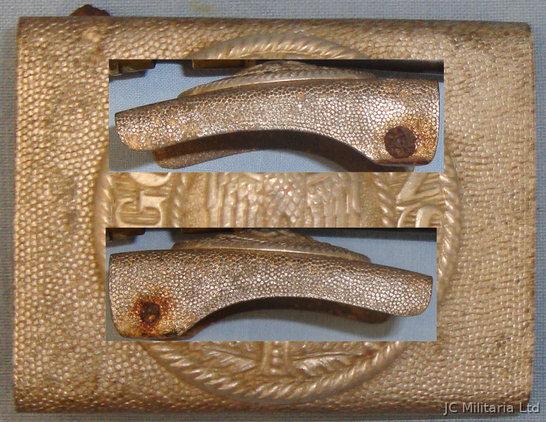 The eagle on the first pattern ‘Wehrmacht Heer’ buckle was initially faced to the wearer’s right as had the Weimar eagle. This however was soon changed to a design with the eagle facing the wearer’s left, in which form it remained to the end of the war. The reason for the change is unclear but it may have been to bring it into line with the political eagle that face it’s left. From its introduction in 1936 the one piece aluminium buckle was produced with either a bright metal finish or a factory paint finish of olive green for combat use. (See German Belt Buckles 1845-1945 page 124 by Peter Nash) This example has its olive paint virtually removed on the front revealing the metals mottled effect. The pins at the rear have some heavy rust. Price includes UK delivery. N 87. 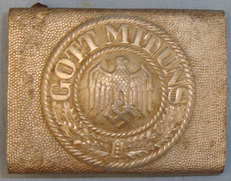