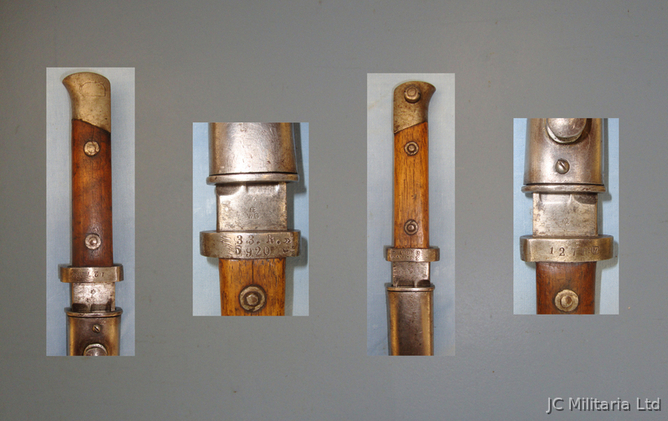 This appears to be a dress bayonet similar to item 46 on page 22 of the bayonet book by White & Watts. However, it has regimental markings on the cross guard for the 33rd Infantry Regiment with the number 5920 below the other side of the cross guard is marked with 1270 OE. The blade is marked with OE over WG being the mark for the Osterreichiche Waffenfabrik Gesellschaft Steyr Factory. The other side has the double headed eagle denoting use by the Imperial army. The grips are wood held by two screw bolts and the scabbard is steel. An unusual bayonet for the collector of Austro-Hungarian bayonets. £225. BAYO 684.