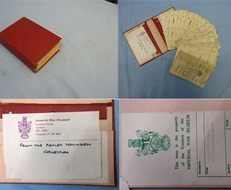 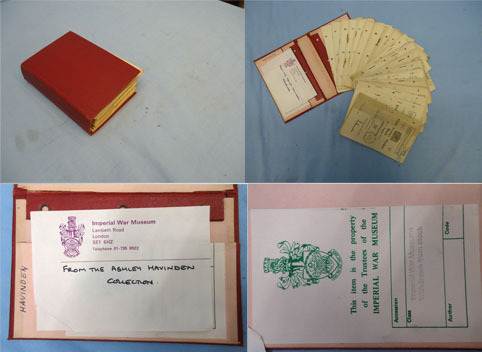 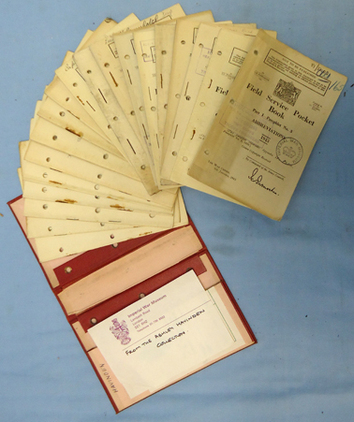 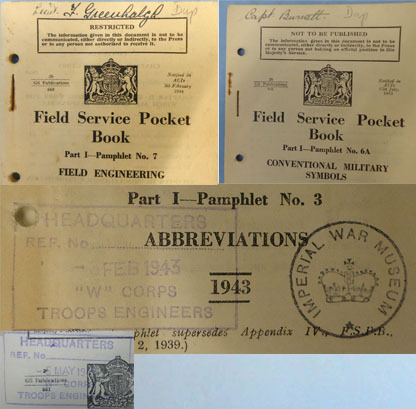 
This is an excellent volume of the Field Service Pocket Book 1938, purchased from the Imperial War Museum reserve stock. The book contains19 pamphlets including military symbols, field engineering, intelligence, protection against gas etc, many are stamped with the Imperial War Museum rubber stamp and the red cover carries an official compliment type slip “from the Ashley Havinden Collection.” Ashley Havinden was an influential British graphic designer born in Kent in 1903. At the outbreak of W.W.2 he joined the Highgate Home Guard. Ashley designed posters for the A.R.P. and War Loan adverts for the Ministry of Information. He then joined the army camouflage section and on his promotion to Captain in 1943 was transferred to the Petroleum Warfare Department to work on ‘PLUTO’ (Pipe-Line Underwater Transportation of Oil also known as Pipe Line Under The Ocean), the fuel pipeline to the Normandy, from Shanklin to Cherbourg. This is a nice set of W.W.2 pamphlets with provenance from the Imperial War Museum. Price includes UK delivery. Sn. 13084:1
£145.00 ...Read full description
CategoryAccessories
SubcategoryOther Accessories
ConditionUsed
Price£ 145
Sale typeTrade
Manufactured Year1938
Your reference15045
Recommended UsageCollection item