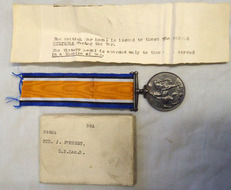 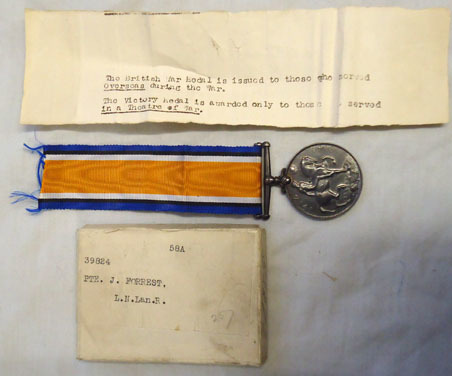 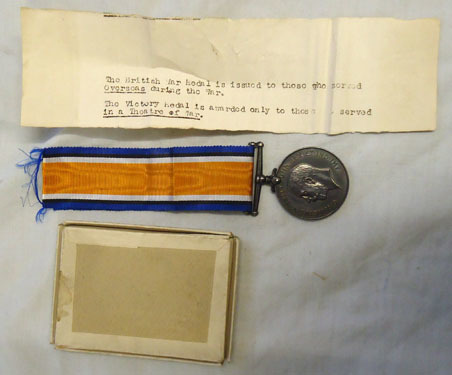 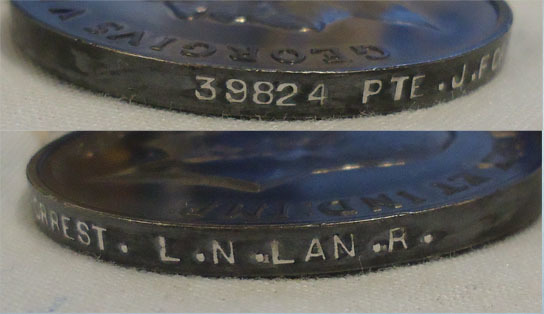 
This is a nice WW1 British War Medal To Private James Forrest 39824 of The Loyal North Lancashire Regiment. This was his only medal entitlement and comes complete with its original box of issue, official slip stating that the War Medal was issued to those who served overseas serving the war not the Victory Medal which was only issued to those who served in a theatre of war. Also included are copies of his medal rolls index cards showing the war medal as his only entitlement plus his service record which shows him going to India, Bangalore and finally Salonika after the end of the war. A copy of the death certificate of his 13 month son who died of meningitis whilst he was serving abroad is also included. This is a single medal which is worthy of further research and the price includes U.K. delivery. M 125
£75.00...Read full description
CategoryAccessories
SubcategoryOther Accessories
ConditionUsed
Price£ 75
Sale typeTrade
Manufactured YearWW1 Era
Your referenceM 125
Recommended UsageCollection item