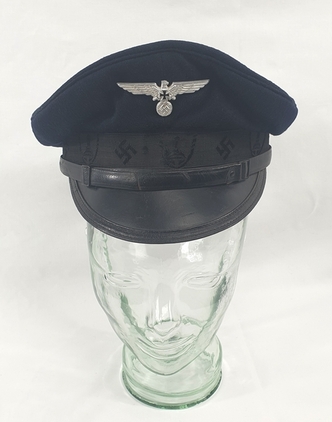 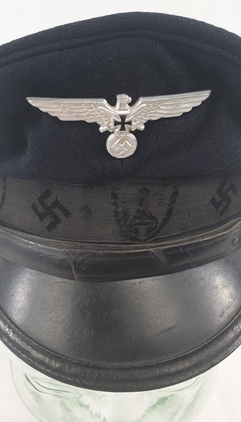 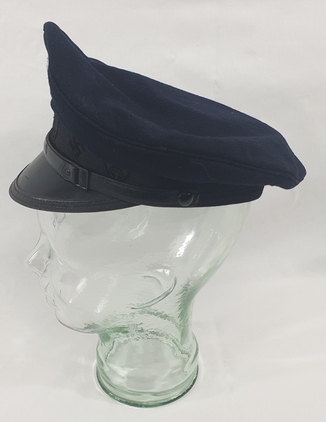 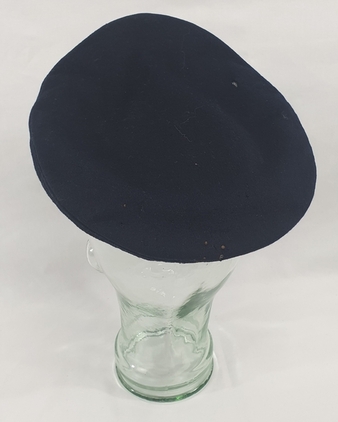 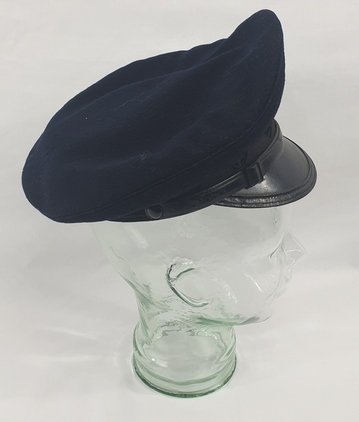 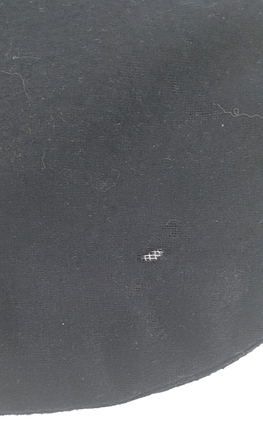 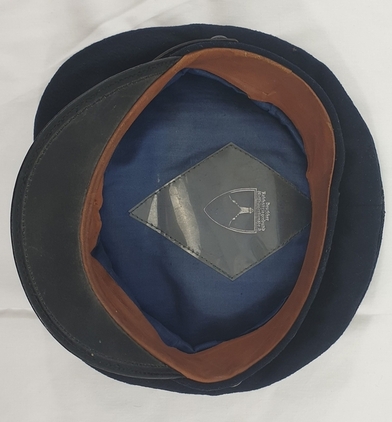 Our comes with its original veteran association’s eagle with an iron cross on its chest.


The hat has a black lacquered leather visor with a double stitched leather trim along its outer edge.

The black patent leather chinstrap served as a retaining strap to be placed below the chin when required. It is affixed by two black lacquered buttons on both sides of the visor.

The exterior band is marked with a “swastika sign” and “Reichskriegerbund” veteran association insignia.

The lining is made of blue fabric. The celluloid tapezoid is present and bearing the Reichskriegerbund logo.

The Kyffhäuserbund is an umbrella organization for war veterans’ and reservists’ associations in Germany based in Rüdesheim am Rhein. It owes its name to the Kyffhäuser Monument, a memorial built on the summit of the 473 m high Kyffhäuser mountain near Bad Frankenhausen in the state of Thuringia in central Germany.

The difficult circumstances of World War I’s postwar years led to a significant shrinking of the veterans’ associations and their role. During the Weimar Republic in 1921, this organization shed its federal structure and centralized itself under a common leadership. Following this step, it changed its name to German Warriors Association Kyffhäuser (German: Deutscher Reichskriegerbund Kyffhäuser e.V.). In the name of Gleichschaltung, the Kyffhäuserbund was nazified after the Nazi takeover of power in 1933. Five years later, its name was altered to Nationalsocialist Reich Warriors Association Kyffhäuser (German: NS-Reichskriegerbund Kyffhäuser e.V.), becoming the sole and exclusive organization representing the veterans’ interests in the Third Reich.

The Kyffhäuserbund was swiftly and unceremoniously disbanded during World War II in March 1943 by Adolf Hitler himself. Apparently, the reason was the German defeat in the Battle of Stalingrad. Its assets in the whole Reich were transferred to the Nazi Party.

The inner diameter of the cap is 18cm.

There are couple moth holes on the top section.
Otherwise the piece remains in very good condition.

In our community section
More about this: Hundreds turned up to The Countryside Rally in pro...
Display map