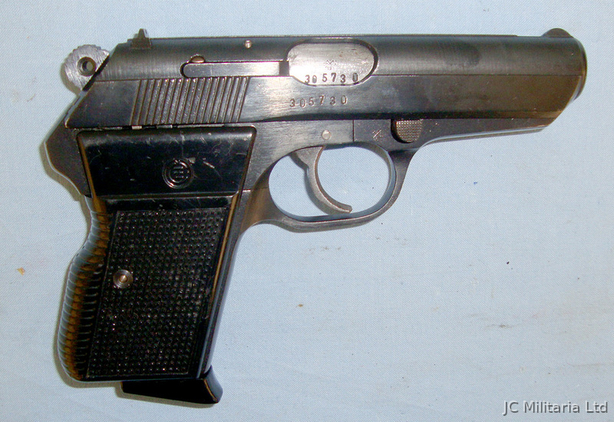 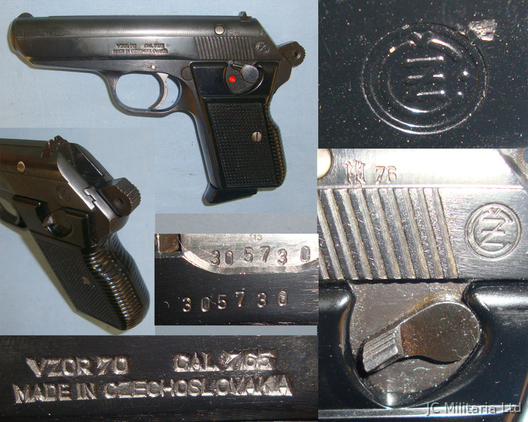 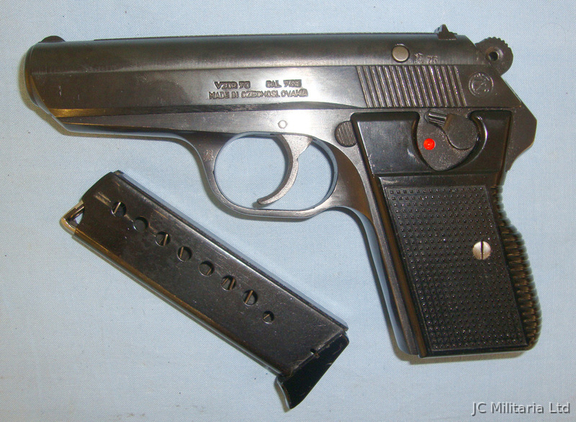 The pocket-sized Czech Vz.50 was developed during the late 1940s for police use and it was chambered for the marginally powerful 7.65×17 Browning ammunition. Influenced by the Walther PP in design, the Vz.50 had several differences in safety and disassembly. In the early 1970s the basic design went through minor face-lift, and the “new” design received the designation of Vz.70. Many Vz.50 pistols were refurbished to Vz.70 standard, with different finish, grip panels and a slightly different safety lever. New Vz.70 pistols were also manufactured between 1970 and 1983. After the replacement in service of the older Vz.50 and Vz.70 by more modern 9mm Vz.82 pistol. This original example of the Model VZ 70, 7.65mm Calibre Semi auto pistol is in excellent condition with original finish. It has a 3 ½” barrel and measures 6 ½” overall. The left side of the slide is stamped with model and calibre detail together with CZ roundel and ‘76’ (1976) date (illustrated). The right side of the slide and breech have matching numbers 305730. Its black plastic one piece wrap around grip is in similar excellent undamaged condition and has chequered panels together with ‘CZ’ roundel. Deactivated to UK specification in 2013 the pistol cocks and dry fires, the safety catch works and the magazines can be removed. The price includes deactivation certificate and UK delivery**we can arrange for this firearm to be brought up to the latest UK/EU specification for UK customers (customers can purchase on our lay-away scheme. The weapon will then be brought up to EU specification and the relevant certificate obtained prior to the transfer of ownership and delivery). D 1454 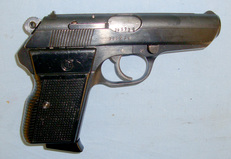