Sinister Times – The shady world of being a left-handed shooter

The word sinister derives from Latin and means ‘left’ – right being of course ‘dexter’ – and hence where dextrous and such words come from – right-handedness.

In the dark ages – life before the year 2000 for many – the word took on additional meaning – of being evil or wicked, nefarious or villainous – and all because we use a different dominant side to process and do things.

Some of the world’s pre-eminent scientists, artists, authors and engineers – call it the creative crew – are left-handed. And yet history shows, we’ve been forced to hide it, change it and on occasion been beaten for it. In today’s more liberal society we’re left alone, but with remnants of a bias in which items remain made for the masses – in scissors or screwdrivers for example – and in the lasting use of the adjective as being ominous or eerie.

Suck it up, Buttercup

And so it remains in the shooting world. As a left side dominant, strawberry blonde, I’ve worn many, many jokes and jibes over the years. Of those relating to the shooting world, the one that perhaps grates the most is the slightly off-hand remarks made by the ‘I’m alright Jack’ dexter crowd with their massive choice and availability, when they say – “You should shoot a right handed rifle anyway – much easier to cycle the bolt and stay on target” – and I know many a southpaw who has gritted their teeth and made do with either an ambidextrous stock, or fitted a left-hand stock to a right hand action. This is in fact some manufacturers answer to servicing the minority crowd.

I was almost one of the teeth gritters, succumbing to the right-hand world, jaded and disappointed with the lack of choice and availability of true left-hand actioned and stocked guns.

At the time of writing, there were c.7,000 rifles for sale on my go-to firearms marketplace. Of those, 6,679 were declared right hand. A further 90 were declared ambidextrous – read ‘also right-handed’. Of the 205 rifles listed as left-handed, several were left-hand stock, right-hand action – or ambidextrous. Over half remaining are rimfire.  Of the remainder, 65% cost over £2,000. Left-handed people account for about 15% of the general population and a rough survey showed the percentage for the shooting fraternity to be slightly higher, but the market is represented by only 2.8% of items for sale.

OK, so it’s a slightly skewed stat, but does it point to a lack of availability, or just a high demand of what’s there that doesn’t change hands too often? 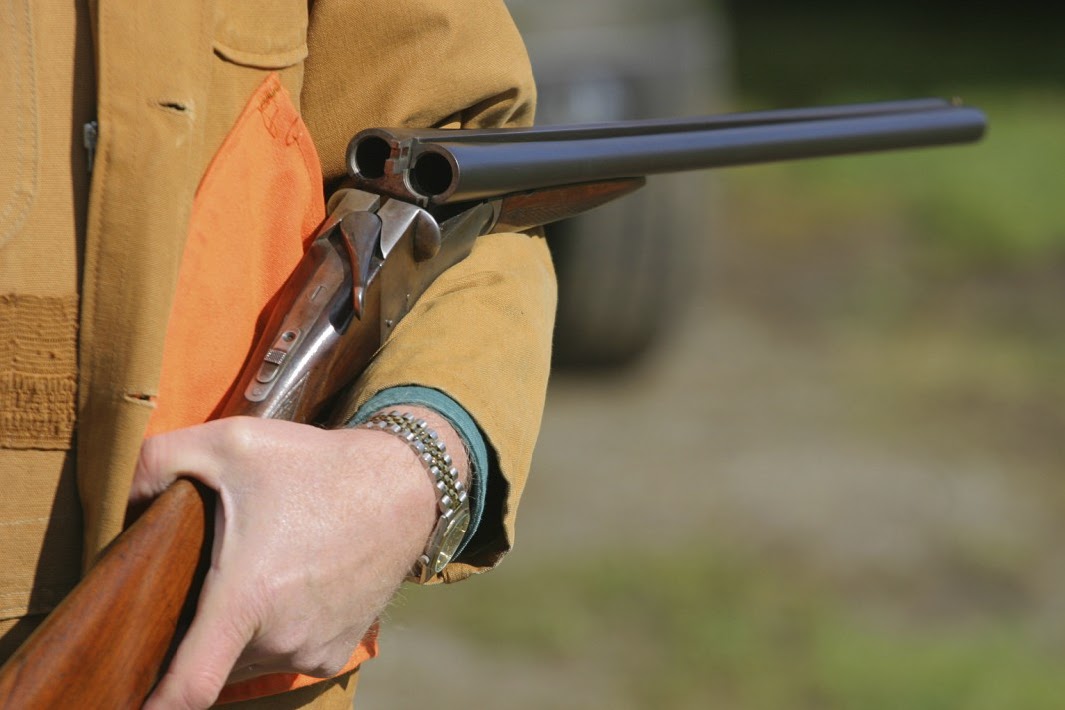 But as I searched for the compromise gun (at least it looks pretty) this little voice in my head nagged away – and what it said was – if all the right-handers are correct, then why are they not all shooting left-handed rifles? At that point I resolved to have guns – rifles and shotguns - that fitted my preferred way of shooting. It’s with sadness that I remember I was ‘sold’ a right-handed shotgun in a shop – and it wasn’t until a dear shooting colleague asked to shoot that gun after my hapless efforts and commented on the cast that I was any the wiser. I also have to report that correctly cast gun has done little for my shotgunning, but I’m at least assured I can no longer blame the equipment!

Know your subject – don’t be sold to

So – having resolved to shoot off my preferred shoulder, I endeavoured to find out what I could about which manufacturers actually catered properly for the significant minority. What I’m delighted to report is that – for those prepared to wait at least – there are plenty of choices. You just have to look for them and ask.  As an example, I’m the fortunate owner of a Ruger 77 Mk2 with a brushed stainless barrel and action, residing in a factory grey laminate stock. This design is present on the Ruger website, but not as left-handed. At the time of purchase there was a sister rifle in 300WM – again not available as a factory option according to Ruger themselves. As a basic premise however, only the most popular rifles will be offered in left hand. Wouldn’t it be nice if they thought enough of us to even advertise what’s available properly?

Also watch out for the manufacturers who make a passing nod without taking due care. Anschutz – why oh why did you go to the effort of creating a left-hand action and stock – and then leave the safety on the right, so that you must take your hand off the trigger to engage or disengage it? I admire your engineering excellence, but scream in frustration at the token, part job done on this regard. I’d rather the Merkel stance of ‘no intent to create a left-hand option’ than half-hearted attempts.

While break-barrel air rifles are inherently ambidextrous in their nature, the PCP airgun world is rife with right-hand actions in left-hand stocks. Daystate and Air Arms seem to make the best fit of that with ambidextrous stocks and bolt systems that at least are capable of being operated with the left hand.

Shotguns are also much more easily catered for – get a proper fitting and have the stock bent to suit you. It’s a small adjustment that’ll pay great dividends. In short, don’t allow yourself to be fobbed off or compromised because what you want is more difficult to acquire. Ask for what you want and be patient – or at least make compromises you’re OK with because it suits you. 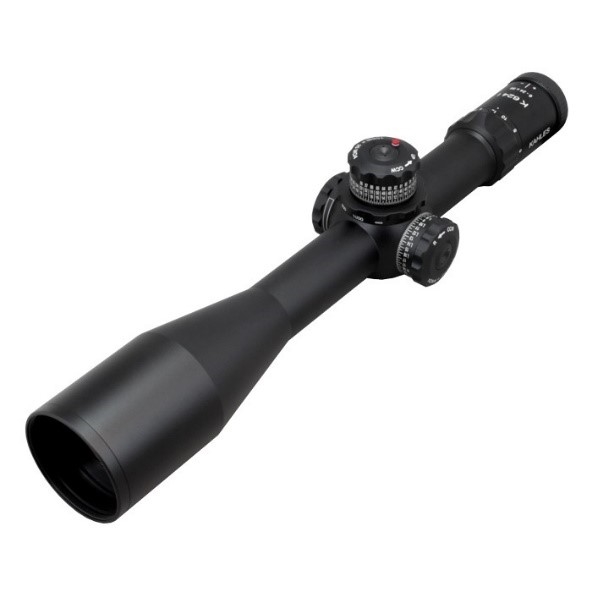 Accept that there are some things that will likely never be made (left) handed; equally others really don’t matter. It’s not the end of the world – it just needs a subtle change in operating procedure. While we’ve seen rifle ‘scope turrets produced in both CW and CCW formats for example, it’s unlikely we will ever see a ‘scope with side parallax on the right. Kahles have the option of windage on either left or right, with their parallax also ambidextrous, being incorporated under the elevation turret. IOR have developed a very successful ‘tube focus’ on their Nemesis, Recon, Crusader and Terminator ranges. Not only does this remove the handedness, it also means operation is easy, even in gloves (or with icy cold, wet hands!)

The (largely) British propensity to bling or customise what we have also brings opportunities to make our weapons work better for us. The aftermarket stock world coupled with the burgeoning industry of Cerakote application allows all hands to create a unique, practical and personal tool with which to pursue our passion. The likes of Grodas Rifle Stocks (GRS) are particularly good at this – although one does have to watch carefully; delighted to get one of the wonderful Decima Sporter for a left handed Tikka 595, only to be frustrated by the decision not to do any left-handed inlets on the Bolthorn, a chassis I cherished from the moment it was launched. Luckily, the likes of Masterpiece Arms and Modular Driven Technologies (MDT) are addressing our needs with some beautifully crafted options to make the ordinary so much more.

It was a joy to see an acquaintance’s recent Odin Actioned 6.5x47 Lapua sat in its AI chassis – and watch it shoot flawlessly. Few on the firing line would have spotted it as a hooker – but it draws many admiring looks and is a rare beastie indeed.

It’s taken me a little while to reach this conclusion with regard to my shooting. I accept that as a minority participant, there are fewer options and that getting what I want may cost a little more. Some of that cost may be utilising the craft of the riflesmith. As a southpaw himself, Mike Norris at Brock and Norris knows a thing or two about left-handed guns, but he’s not alone as Dave Wylde at Valkyrie and others can service our needs most ably. It means that finding the right thing is all the more important. Bizarrely this can make it easier, as there are simply fewer options available. I cannot have a Sako 85 Black Bear – but I can get a bog standard Sako 85, hand the barrel and action to the long suffering wizards at Tactical Coatings and buy a Black GRS laminate stock, which, when put together is to all intents and purposes the same thing.  I agree – it’s a bit shady – but then we are a sinister bunch. We just have to make the most of it.