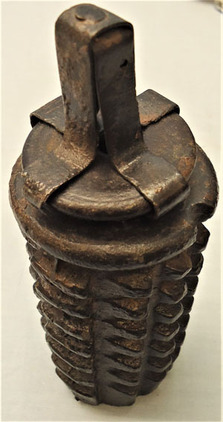 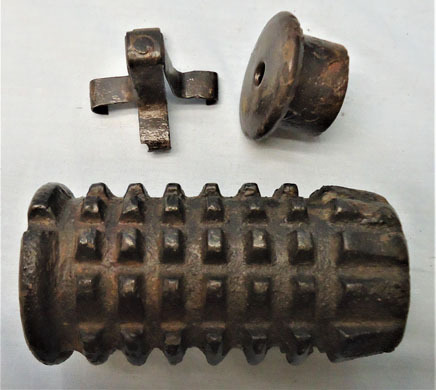 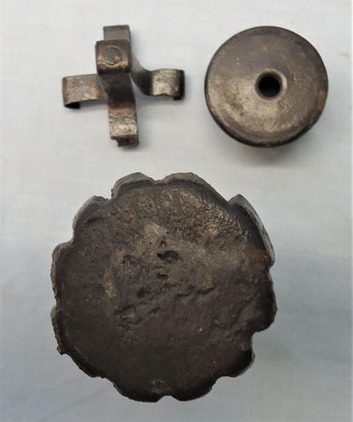 
DEACTIVATED INERT. This is a WW1 Austro-Hungarian Heavy Zeitzunder hand grenade and fuse protector. The body is cast out of cast iron and the spikes are not as pronounced as with other Austro-Hungarian hand grenades. This example is sometimes referred to a spily zietzunder and were probably made in Budapest. This example is complete with its original cast iron fuse holder which is a friction fit to the top of the grenade which held the friction fuse. The grenade complete with its original pressed steel fuse protector. The price for this hand grenade includes U.K. delivery. Sn. 18210:19
£275.00...Read full description
CategoryAccessories
SubcategoryAmmunition
ConditionUsed
Price£ 275
Sale typeTrade
Manufactured YearWW1
Your reference18210:19