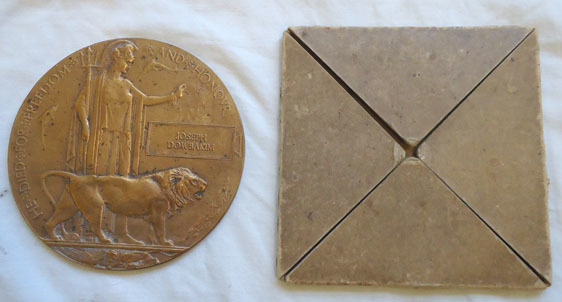 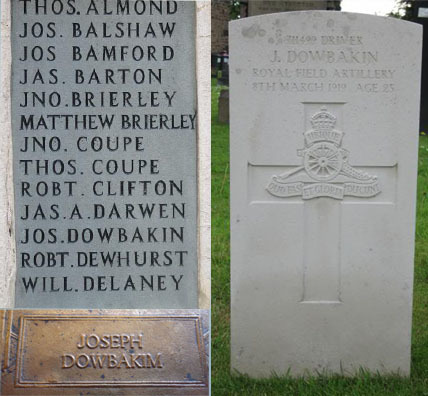 This is an original WW1 death plaque and its original outer folded card sleeve to 711499 Driver Joseph Dowbakin of the Royal Field Artillery who served in Egypt and the Balkans transferred to - Click here to reveal phone number - t Area Employment Company, Labour Corps. The death plaque comes complete with some paperwork showing his details along with a copy M.I.C. showing his entitlement to a WW1 Trio which was claimed by his father in 1919. Joseph died on the 8th March 1919 aged 25 years, presumably from wounds received during the war and was given a military funeral on the 15th March 1919 at Brownedge (St. Mary) Roman Catholic churchyard, Bamber Bridge in Lancashire. Joseph is commemorated in perpetuity by the Commonwealth War Graves Commission. This is an interesting plaque worthy of further research. The price includes U.K. delivery. M 120

In our community section
More about this: Kelmarsh Country Show 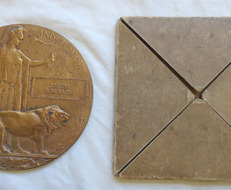