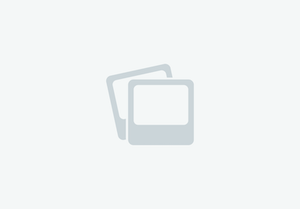 
**This Firearm is deactivated to one of the pre- 2nd May 2017, UK specifications and is in the process of being brought up to EU specification. If this weapon is purchased before issue of the latest EU deactivation certificate, transfer of ownership & delivery of this item will take place when we have obtained its EU certificate**. The British Bren Light Machine Gun was introduced in the 1930's and used extensively by British & Allied Forces throughout WW2. Bren Guns were produced predominantly in Britain, Australia & Canada. MK 3 Bren’s were shorter and lighter than MK 2 Brens. They were made by Enfield from 1944 for the war in the East and for Airborne Forces. Post war examples were made from converted WW2 weapons. This is an excellent British .303 Calibre MK 3 Bren Light Machine Gun. All of its metal work & woodwork is in great undamaged condition with original finish and it is complete with its bi pod, flip up rear sight, carry handle & original box magazine. The right side of its frame is crisply stamped 'Bren Mk 3' model detail, Enfield’s combined ‘ED’ mark & '1955' date. The frame is numbered ‘A2757’. The barrel release lever swivels as it should. The weapon is fitted with an original webbing sling. Deactivated to UK specification in 2014, in its present condition, the weapon’s slide and trigger move. The price includes UK/EU deactivation certificate and UK delivery. D 1513
£975.00 ...Read full description
CategoryDeactivated
SubcategoryMachine Guns
ConditionUsed
Price£ 975
Sale typeTrade
MakeEnfield
Calibre.303
ModelMK 3 .303 Calibre Bren Light Machine Gun & Sling
Manufactured YearSuez Crisis Era 1955
MechanismDeactivated
CertificateNo Licence
Your referenceD 1513