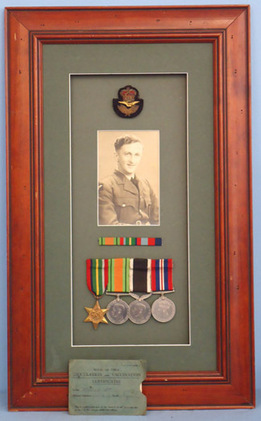 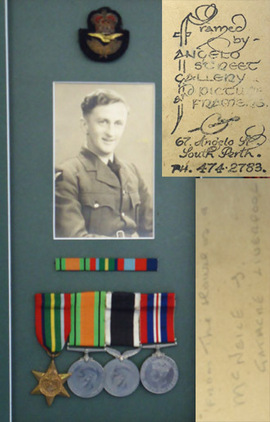 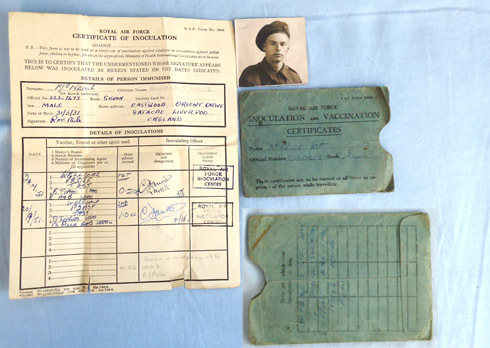 This is a framed group of medals to a New Zealand Air Force man. The frame contains his bullion cap badge together with a photograph of him in his Air Force uniform. Below are his medals consisting of the Pacific Star, New Zealand War Service medal and the British War medals. The medal entitlement would suggest a man living in New Zealand who entered the war operationally in the Pacific area late in the war. The rear of the frame carries the name and address of the farmer in South Perth. Also in pencil is a note saying ‘FROM THE HOUSE OF A McNEILE OF GATACRE LIVERPOOL.’ This ties in with an RAF inoculation certificate for a Richard Thomas McNeile of Gatacre, born 1931, dated 24th July 1951, and presumably a younger brother of the medal holder who also joined the RAF post war. There is a passport photograph with the document but not the man in the frame. An intriguing family group worthy of further research. Price includes UK delivery. Sn. MISC 853 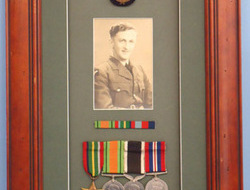