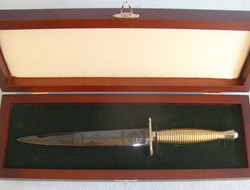 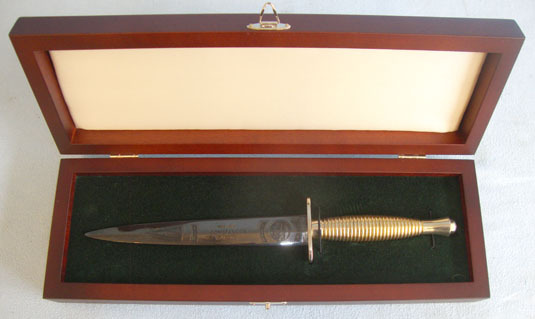 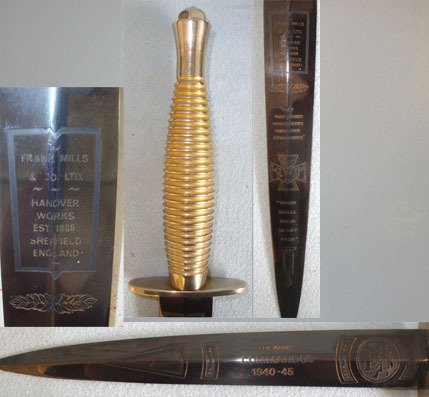 The British Commandos were formed in the early stages of the Second World War, in June 1940, following a request from the British Prime Minister, Winston Churchill, for a force that could carry out raids against German-occupied Europe. Initially drawn from within the British Army from soldiers who volunteered for the Special Service Brigade, the Commandos' ranks would eventually be filled by members of all branches of the United Kingdom's armed forces and a number of foreign volunteers from German-occupied countries. Reaching a war time strength of over 30 individual units and four assault brigades, the Commandos served in all theatres of war from the Arctic Circle to Europe and from the Mediterranean and Middle East Theatre to South-East Asia. Their operations ranged from small groups of men landing from the sea or by parachute to a brigade of assault troops spearheading the Allied invasions of Europe and Asia. All Commandos were issued with the iconic FS Fighting knife. This attractive 3rd pattern FS Commando dagger was produced to Commemorate the British Army Commandos WW2 Service 1940-1945. The knife is in near mint condition. It has a blued blade etched on both sides with gilt panels containing Commando mottos & images celebrating the Commando’s valour & ethos (all illustrated) including an image of the Victoria Cross and ‘THE ARMY COMMANDOS 1940-45. The ricasso of one side is etched with the manufacturer's panel ‘Frank Mills & Co Ltd Est 1886 Hanover Works Sheffield England’. The ribbed handle and cross guard retain their original finish. The dagger is contained in its quality wooden case. The case has a hinged lid and clasp fastener. The inside of the case is lined with green felt & padded silk. It is contoured to snugly fit the dagger and has elasticated retaining straps to keep the dagger securely in place. The price includes UK delivery. Sn 14002