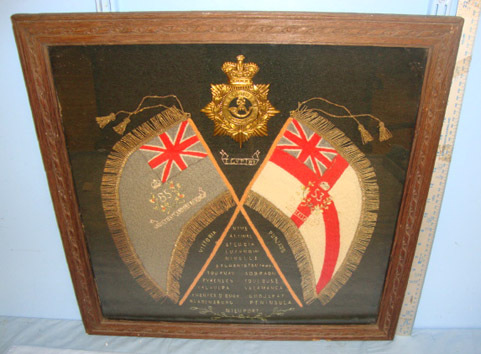 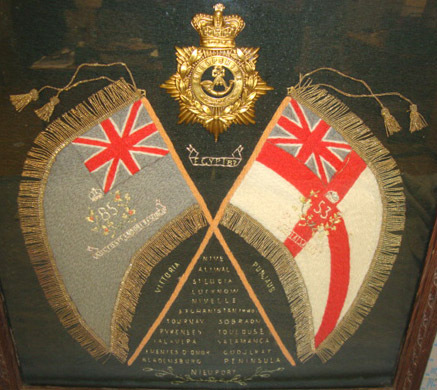 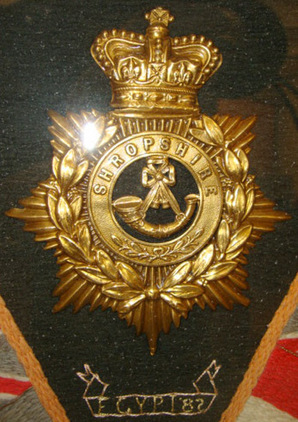 The 53rd (Shropshire) Regiment of Foot was a British Army regiment founded in 1755. In 1881, as part of the Childers Reforms, it became The King's Shropshire Light Infantry Regiment. Its traditions are currently held by The Rifles. The original 85th Regiment was raised as “the Royal Voluntiers” by Col. John Crawford in Shrewsbury Castle in 1759; it was the first actual regiment of Light Infantry to be raised in the British army. The Somerset Light Infantry (Prince Albert's) was a light infantry regiment of the British Army, which served under various titles from 1685 to 1959. This is a beautiful original framed embroidered Peninsular War Battle honours & Crossed Standards of the 53rd & 85th Regiments of Foot with later Victorian Brass Shropshire Light Infantry Other Ranks helmet plate. The material and plate are undamaged with no mothing and retains all of its original vivid colour and hand embroidery stitching. The material is contained in its glazed dark wood frame which measures 21 ½” x 21 ½”x ½”. The tooled decoration frame is undamaged. The rear of the frame is mounted with cord for wall hanging. Price for these impressive framed Standards and Honours with Helmet Plate includes UK delivery. Sn 12141 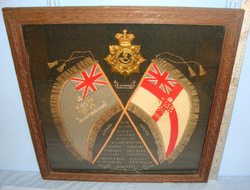