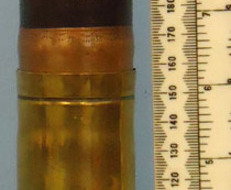 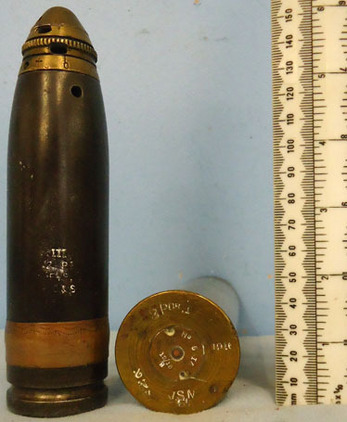 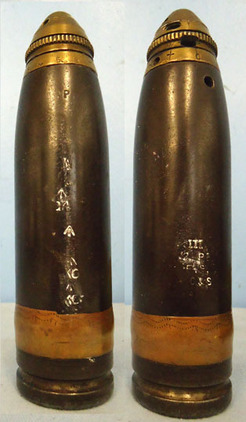 INERT DEACTIVATED. This is an unfired British Vickers Naval 2Pr Mk1 (40 x 158R) Pom Pom high explosive time fused anti-aircraft round for the Vickers 2pr anti-aircraft gun fitted to British naval ships during WW1. The brass cartridge case is headstamped 2Pdr 1 crowfoot over N2 1916 . The unstruck No5 Mk1A primer is dated 12/15 (December 1915) B .The steel copper driving banded projectile is stamped III 2Pr F.S. H C & S 1915. together with various other inspection stamps. The brass No 121 time fuse is stamped 121 II 7/16 (July 1916) V.S.M (Vickers Son and Maxim) 568 and is graduated up to 10. See Hogg, British Artillery Weapons and Ammunition 1914 – 1918 pages 28 - 29. The price includes UK delivery and no licence is required to possess his inert round in the UK if retained as part of a collection or displays. Sn. 15095