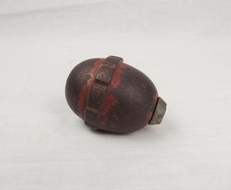 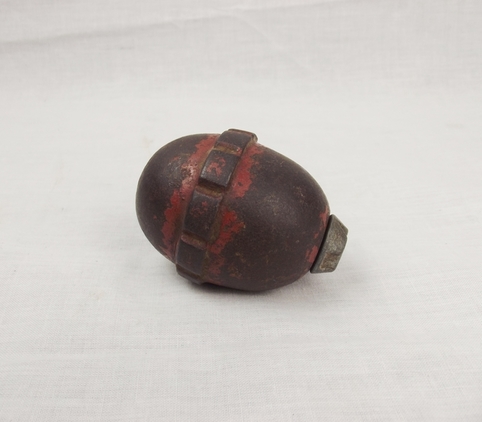 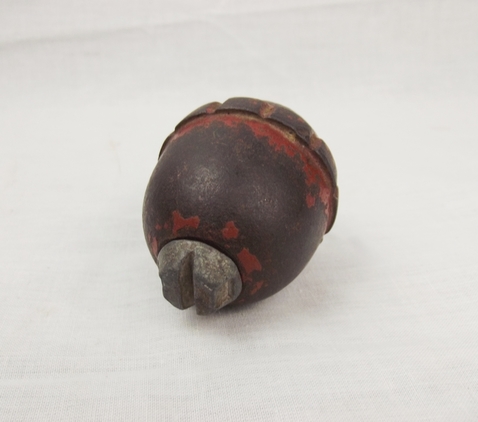 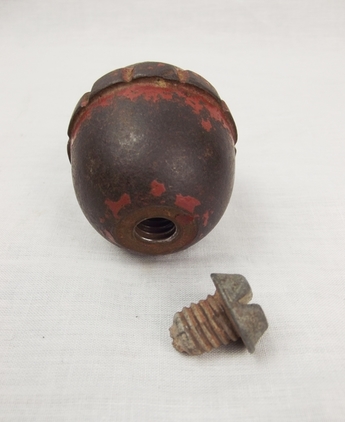 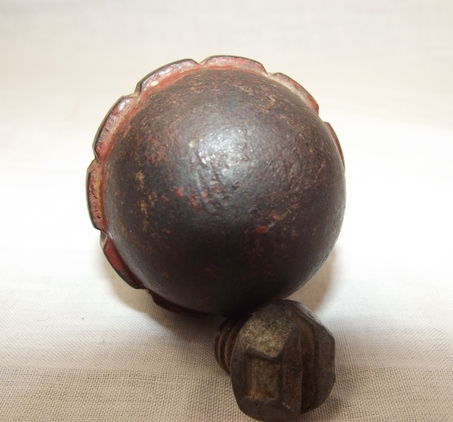 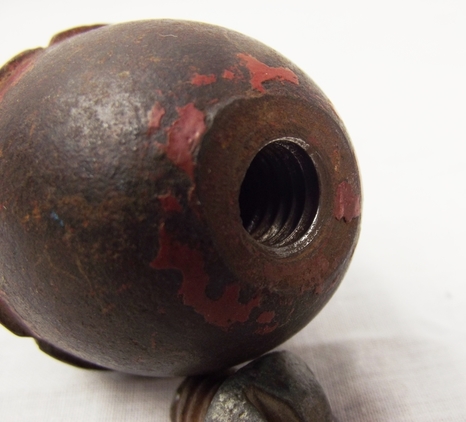 
The Model 17 Eierhandgranate (egg hand grenade, a.k.a. egg
grenade) was a small hand grenade used by Germany during the
First World War.

The small size steel cast body took the shape of an egg,
therefore giving this grenade its nickname.

The egg grenade appeared in the beginning of 1917, as a
complement to the other heavier and more cumbersome
grenades. The average soldier could throw an egg grenade 40
meters or farther.

Initially entirely smooth, the body was modified later that year
to include a fragmented belt to improve handling.

The grenade was used with a series of different ignition plugs.

This particular grenade has instead its transportation plug.

It is stamped to the base. Although rather worn it appears to
show the initials ‘WPR’.

The grenade still has remnants of its original red paint.

The grenade is empty and inert.

The grenade is in a nice condition for its age with no damages.
The screw thread is in good order so the plug can easily be
removed.

UK postage is £16, international at cost and it can be viewed in our shop.

In our community section
More about this: How does Coronavirus impact the UK’s shooting di...
Display map