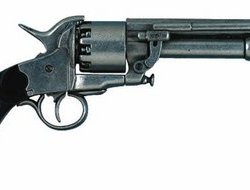 The LeMat Revolver is a French two-barrel 10-shot percussion cap pistol purchased under direct contract of the Confederate Army during the Civil War. The unique feature of this pistol is the two barrels: one conventional .42 caliber serving the nine-shot cylinder, and the other, centered on the cylinder’s axis, made for firing buckshot.

Jean-Alexandre Le Mat's revolver design was produced in both pistol and rifle form. The nine-chambered cylinder revolved around not a pin but a second, unrifled barrel, which was charged from the muzzle with pellets. The hammer had a hinged extension to its nose, which could be angled up or down to fire either barrel. 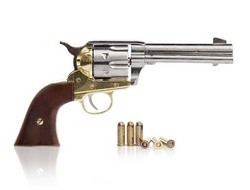 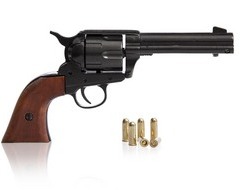 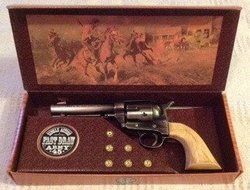 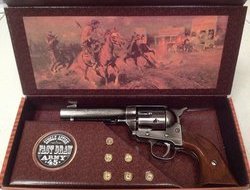 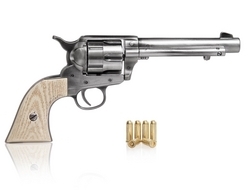 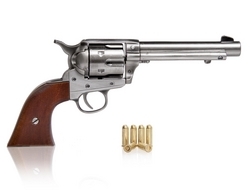