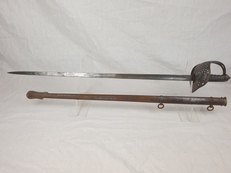 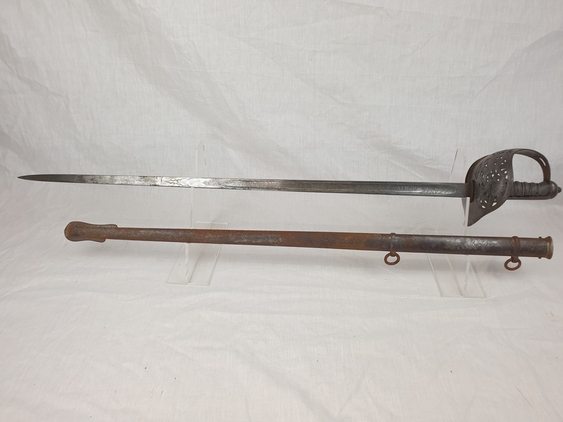 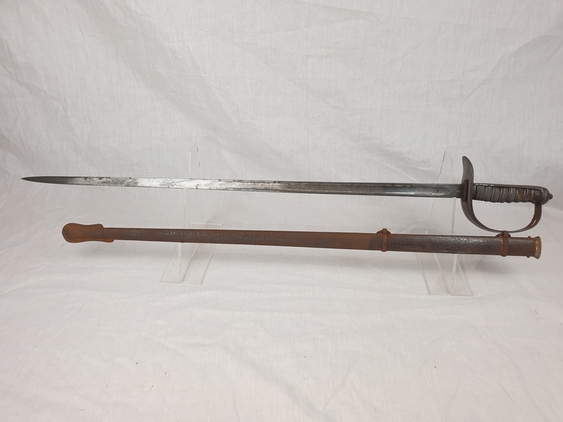 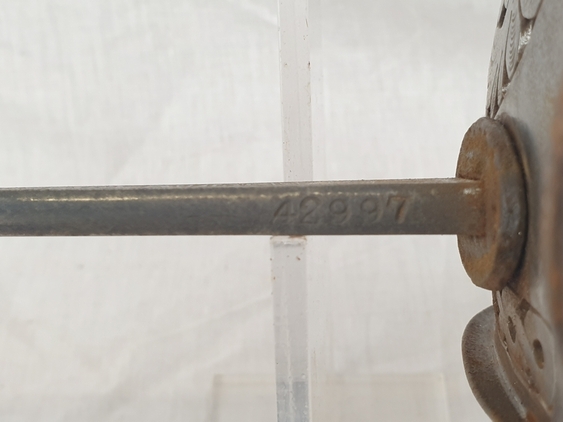 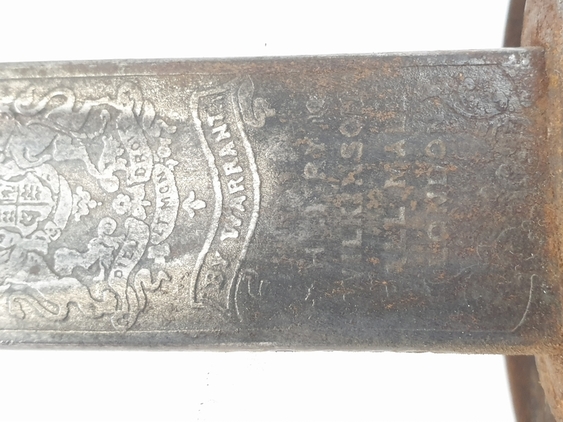 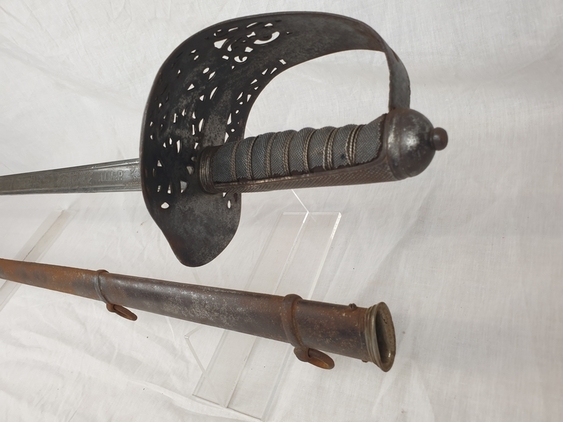 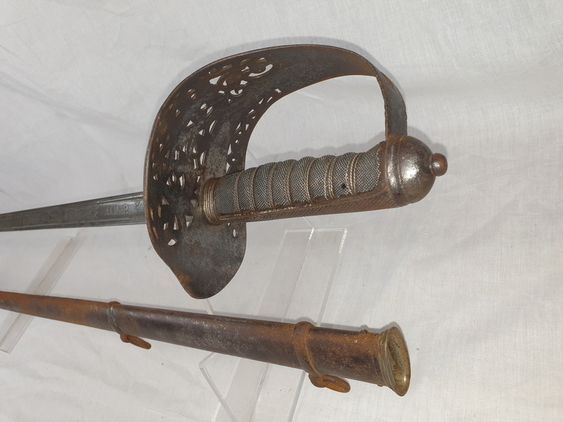 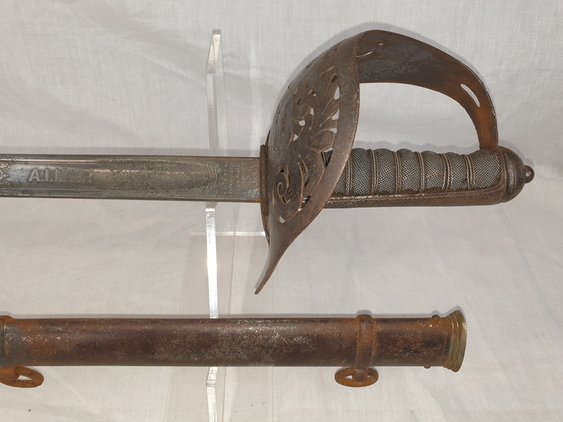 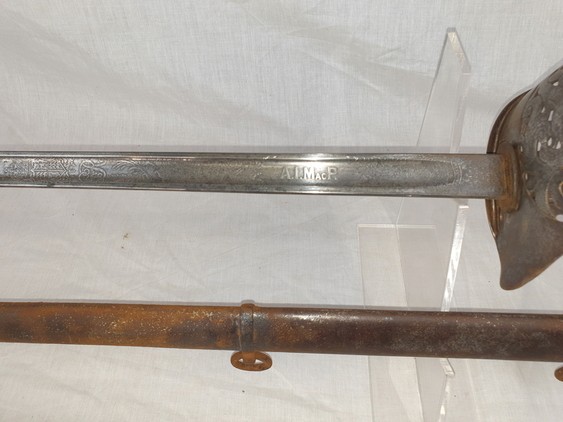 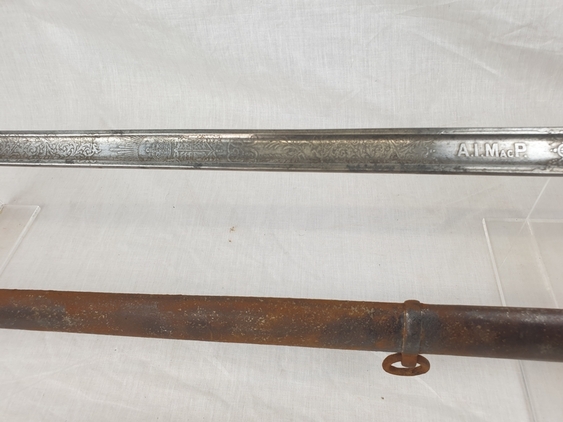 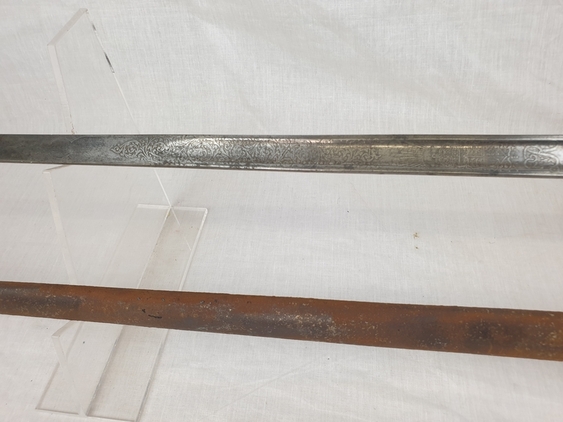 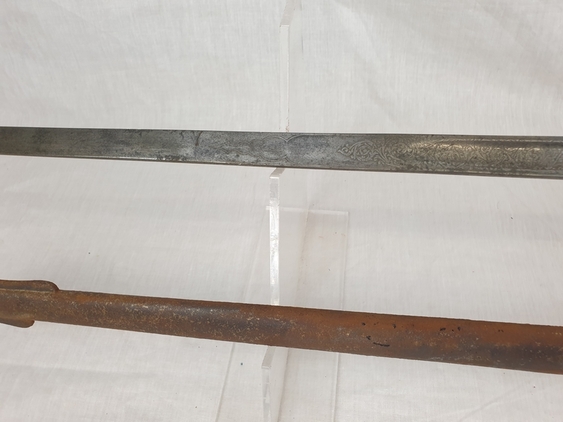 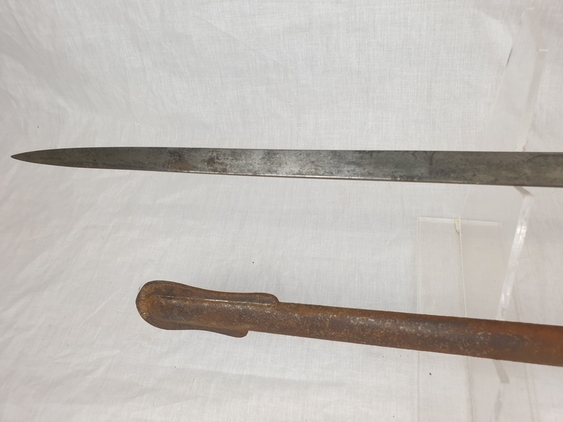 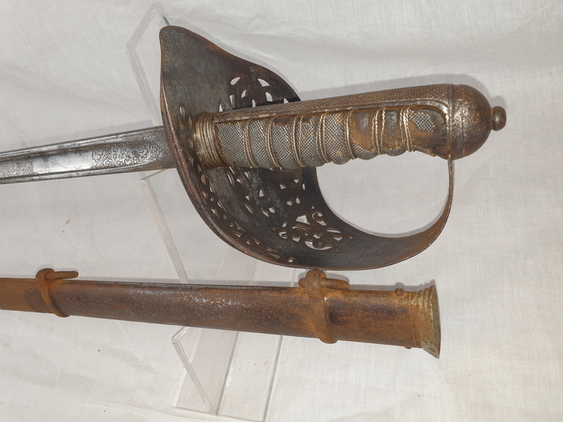 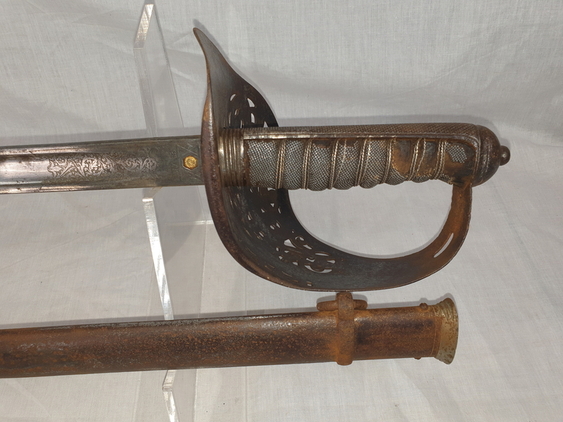 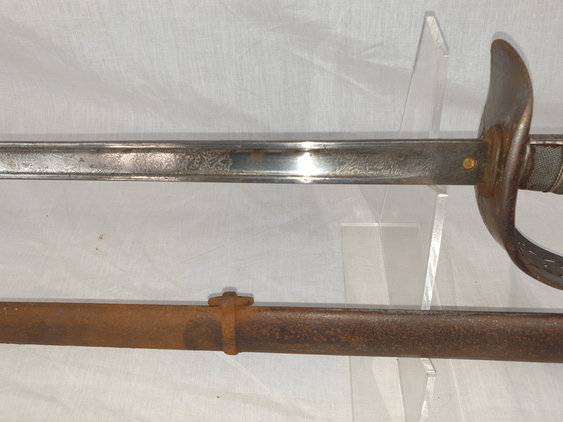 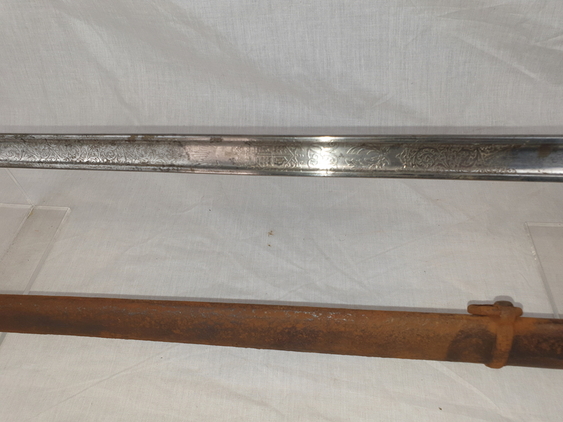 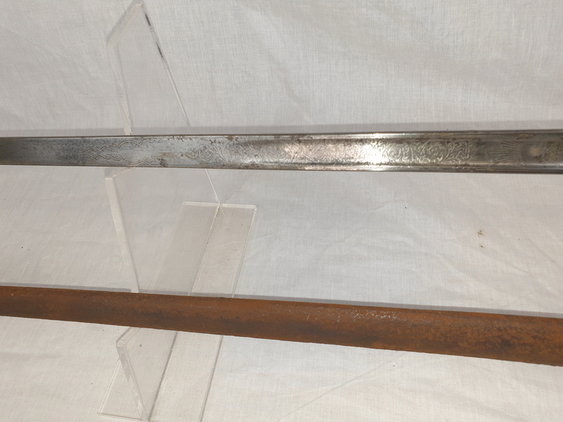 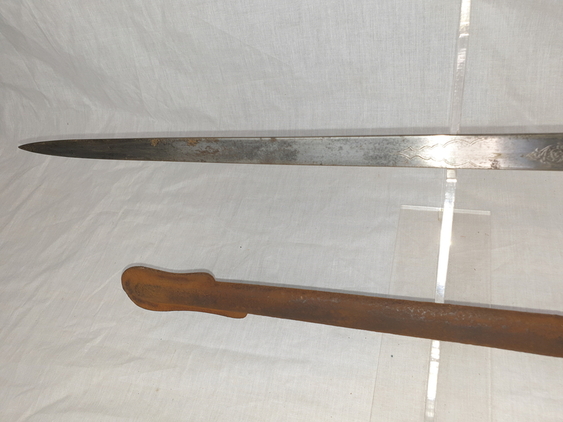 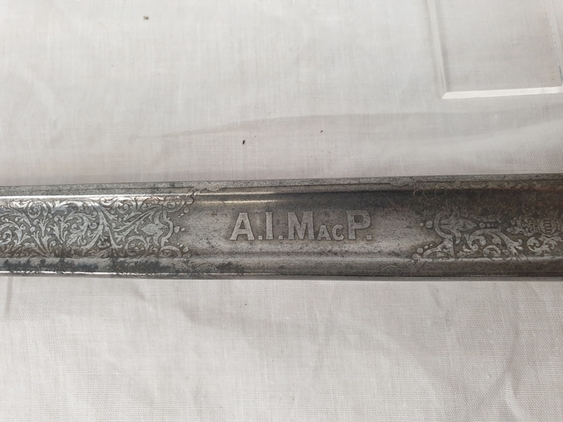 
The sword is named, on the blade, to Captain A.I. McPherson.

MacPherson was present when the first shots on land were fired in the First World War.

This sword belonging to Captain Allen Iver MacPherson was present when the first shots on land were fired in the First World War.

During some standard patrols the Gold Coast Regiment was moving into Togoland to take Lome where the local German police forces attacked the Gold Coast soldiers, the first shot of the war were famously fired by Alhaji Grunshi.

Lt MacPherson was a young Lieutenant commissioned in 1911 and after a short pre war stint in the Suffolk Regiment he transferred for the war to the Gold Coast Regiment in 1913 where he was a member of the West African Frontier Force, taking active part in the East Africa Campaign, distinguishing himself by capturing the German flag from their colonial capital building in Lome.

Captain MacPherson is featured in the "The Gold Coast Regiment in the East African Campaign" by Hugh Charles Clifford K.C.M.G.

The book speaks of some of Macphersons activities and engagements with the German and Colonial troops.

The blade has darkened with age, the edge is free from nicks. There is loss to shagreen on the grips. It remains a solid sword. The scabbard is quite pitted and has surface corrosion.