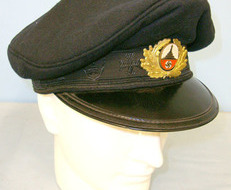 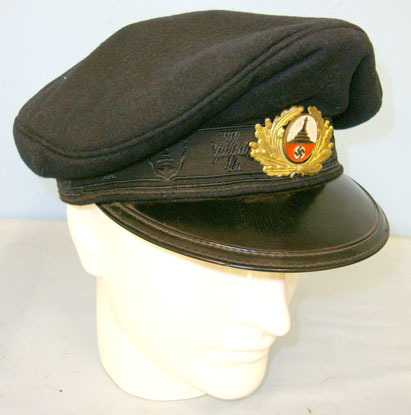 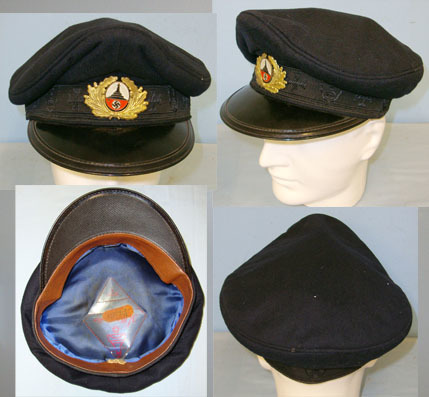 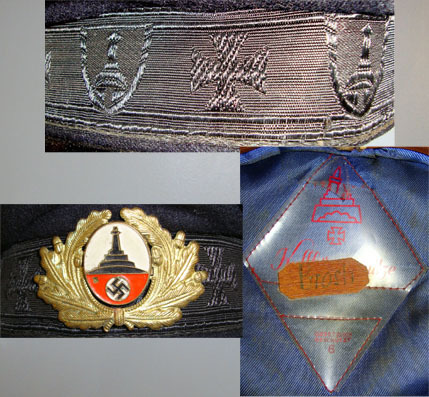 
The DRKB, Deutscher Reichskriegerbund (Kyffhäuserbund), (German National Association of Veterans, Kyffhäuser Association), was formed during WWI, and was based on the DKB, Deutscher Kriegerbund (German Veterans Association), originally formed after the war of 1870-71. The addition of “Kyffhäuser” in the associations name referred to the Kyffhäuser mountain where a large war memorial had been erected. The goal of the association was to preserve the morale and comradeship of former soldiers and to financially assist its members if required. On March 29TH 1938 the DRKB was renamed NS-RKB, Nationalsozialistische-Reichskriegerbund , (National Socialist-State Soldiers League), by the NSDAP and amalgamated with most of the earlier veterans associations into one national organization. Uniform and headgear regulations of the DRKB/NS-RKB were introduced prior to 1933 and were modified again in 1936 and 1938. The organization was known as the Alte Kameraden (Old Comrades). This is an original WW2 Era Old Comrades cap. Our example is constructed of dark blue serge material. The baggy cap is undamaged and has no mothing. The cap its original black material headband embroidered with Tutonic crosses & Kyffhäuser mountain war memorial devices. The front of the cap is mounted with an enamelled oval shield metal badge with enamelled Swastika & Kyffhäuser mountain war memorial imagery and gilt Oak leaves wreath. The colours of the badges are vivid and clean. He enamel has small areas of wear. The cap has its original leather sweatband and the crown of the cap is lined in blue material. The crown has its original manufacturer’s label printed in red on a clear cellophane panel together with Old Comrades monument image. The panel also has a size marking 6. The name of the maker is obscured by a contemporarily applied label with hand written name ‘Brosch’ no doubt the name of the Nazi Old Comrade who owned this cap. The top edge of the panel is worn consistent with age and use. As with all of our stock this cap is guaranteed 100% genuine. The price includes UK delivery. Sn 15793:49
£375.00 ...Read full description
CategoryAccessories
SubcategoryClothing
ConditionUsed
Price£ 375
Sale typeTrade
Manufactured YearGerman Nazi Era
Your reference15793:49
Recommended UsageCollection item