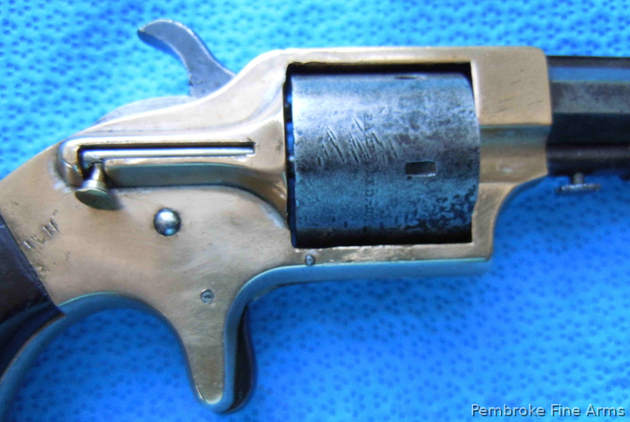 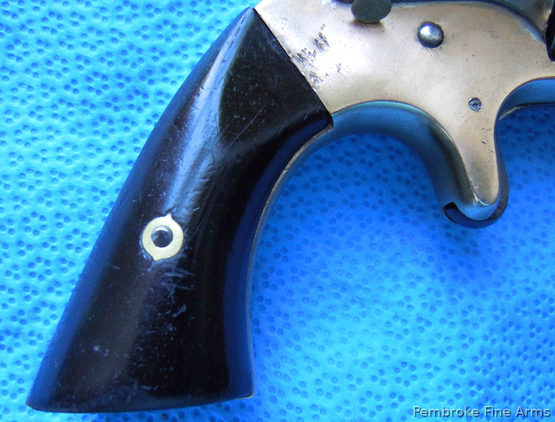 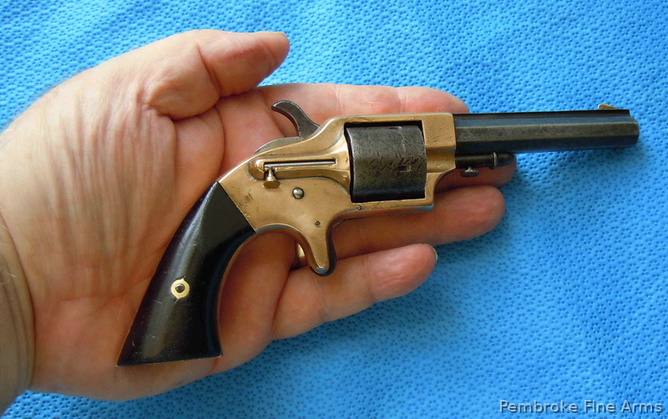 Another rare and interesting revolver! This is an antique Plant’s Mfg. Co. Revolver, made circa 1864 in New Haven, Connecticut. Makers of revolvers during the American Civil War had three choices:

1) they could take their chances violating the Smith & Wesson owned Rollin White Patent for the concept of a “bored through cylinder” to accept metallic cartridges. Those that did were invariably sued.

2) they could continue to make percussion guns with all of their disadvantages until the Smith and Wesson patent expired.

3) they could invent their own concept that was both an improvement over percussion guns and circumvented the Rollin White Patent. This is the option that Plant’s Mfg Co chose.

Plant’s Mfg. Co. was financed and represented by the famed firearms agents Merwin & Bray, hence their name on the top of the barrel which is extant but faint. Their revolver featured a “cup-primed” and front-loading concept, which was among the best attempts to get around S&W’s 12-1/2-year stronghold on cartridge revolvers. Although there was some advertising stating government purchase this is not confirmed but Soldiers were able to privately purchase any firearm for their own use during the Civil War.

This little brass framed revolver is 30 calibre cup fire loaded from the front of the cylinder and ejected with a captured ejection rod on the right hand side of the frame. The revolver has good rosewood grips and cocks and locks and disassembles. The cup fire cartridge was short lived as it was quickly superseded with centre fire cartridges as soon as the Rollin White patent expired.

An interesting and rare little revolver.

In our community section
More about this: Game meat is growing ever popular, with an increas... 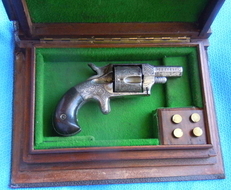