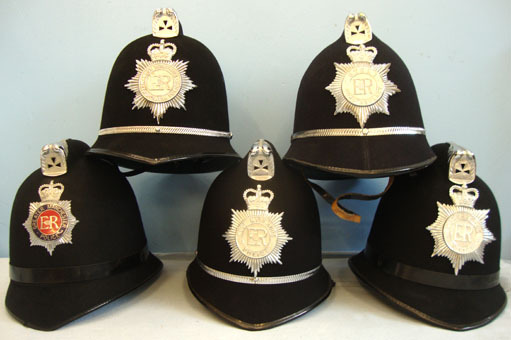 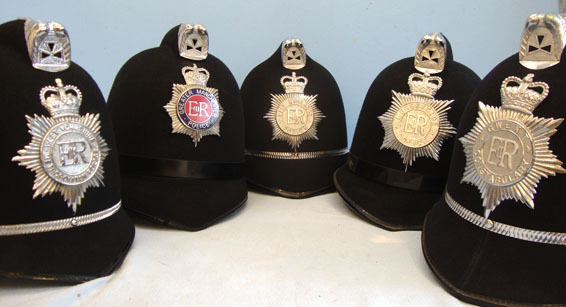 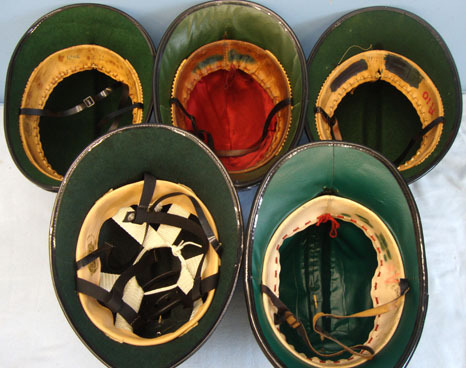 
5 x various custodian police forces male Constable's / Sergeant's helmets, all with helmet plates and chin straps. They are all blue serge bodies, all with a chrome combe, and a Queen’s Crown (QE II) metal helmet plate. All five helmets have a leather sweat band with string adjustment cord and chinstrap. The first is to Merseyside Police, size 6 7/8" and is stamped by the maker on the sweat band with 'Christy's London'. The second, a West Midlands Police, with a red silk lining. The third is a Gwent Constabulary helmet with chromed Queens Crown helmet plate. The fourth is a West Yorkshire Metropolitan Police helmet size 6 7/8" by 'Christy's of London' and is fitted with a riot harness as well as a chin strap. The last is a Greater Manchester Police helmet with Chromed, blue and red enamel helmet plate, size 7 3/8" by Christy's of London. The price EACH includes UK delivery. Sn 13907:49
£125.00 Read more

More about this
Gunstar sponsors the Great British Shooting Show 2022