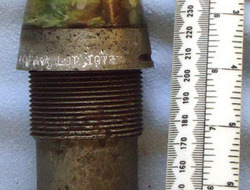 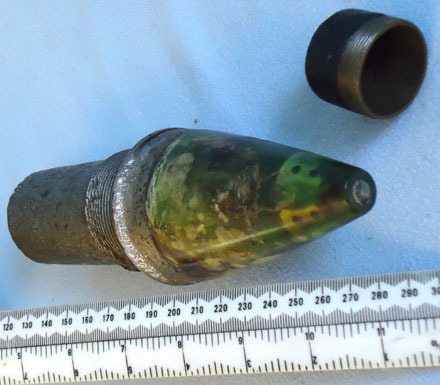 This is a very rare early unfired WW2 proximity (VT Variable Time) fuse T80E6 and was the first proximity fuse issued for service. The fuse was initially developed by Pye Ltd in Britain and was sent over to the USA for development in September 1940, by the British Technical Mission who also revealed the details of the magnetron used to improve radar. The fuse’s innovation is that it had a miniaturised radar receiver in it as the means of detonating a projectile close to its target with reliability, whether being an aircraft or the ground. This unfired fuse was recovered from the Ardenne in Western Europe where this type of fuse was first used and shows evidence of it being buried in its appearance. The fuse is fitted with its hollow steel transit plug where the gain is fitted. These fuses were used against ground and aerial targets Price includes UK delivery. Sn O 955

In our community section
More about this: Lead Ammunition is on the way out...