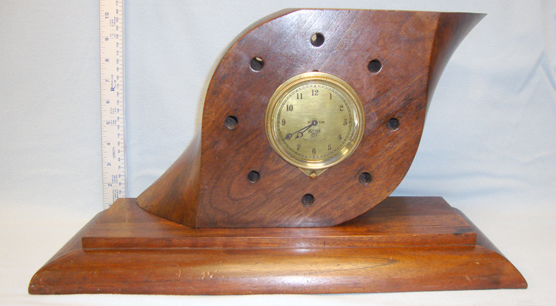 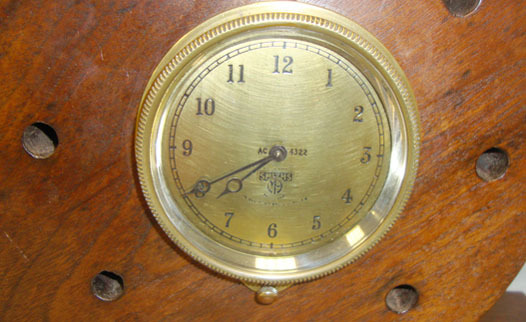 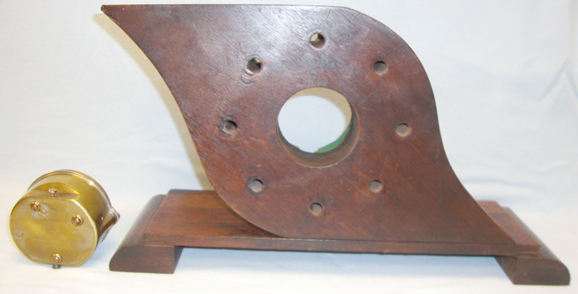 The Sopwith Pup was a British single seater biplane fighter aircraft built by the Sopwith Aviation Company. It entered service with the Royal Flying Corps and the Royal Naval Air Service in the Autumn of 1916. With good manoeuvrability, the aircraft proved very successful. The Pup was eventually outclassed by newer German fighters, but it was not completely replaced on the Western Front until the end of 1917. Remaining Pups were relegated to Home Defence and training units. The Pup's flying characteristics also made it ideal for use in aircraft carrier deck landing and takeoff experiments. This is an excellent WW1 Sopwith Pup British Fighter Aircraft Propellor Boss Converted To an Officer's Mess/ Mantle Feature Piece With Contemporary Brass Cased Front Wind Clock By Smith. The original propellor boss is undamaged and measures 18x8x4 inches. The centre of the boss snugly houses the excellent, undamaged, glazed brass cased clock which is in full working order. The clock is push fitted into the boss and can be removed for inspection/ repair. The face of the clock is clearly marked by the manufacturer 'Smiths, British made 179-185 Gt Portland Street, London, W' and 'AC 4322'. It has it's original minute and hour hands and crisp numerals. The boss is mounted on a large wooden plinth made from the wood of the propellor which measures 17 3/4"x 6 1/2x1 1/2". Price for this excellent piece which would make an excellent Officer's Mess or Mantlepiece feature includes UK delivery. MISC 807 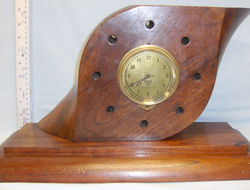