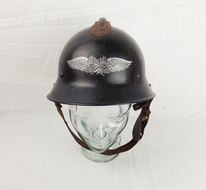 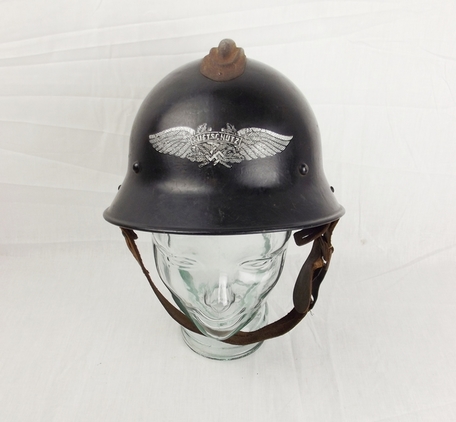 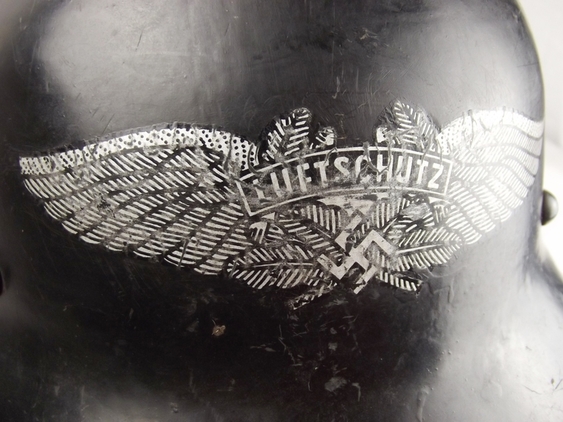 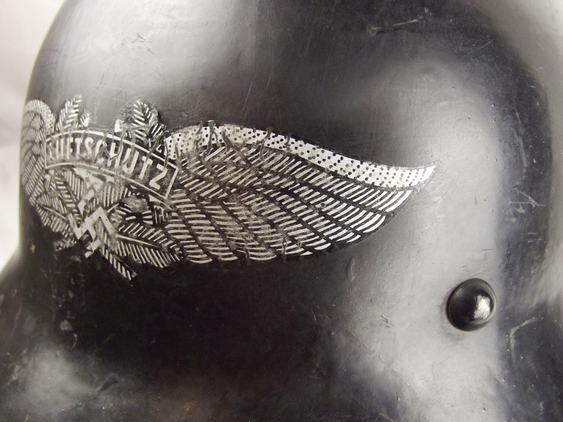 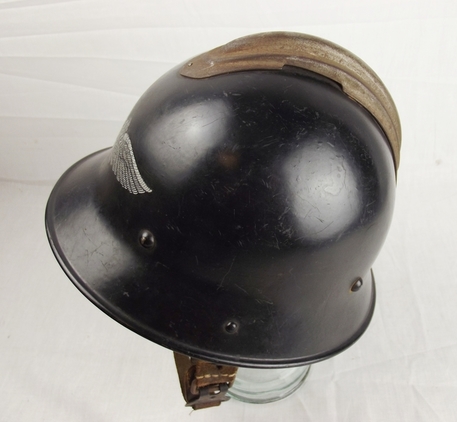 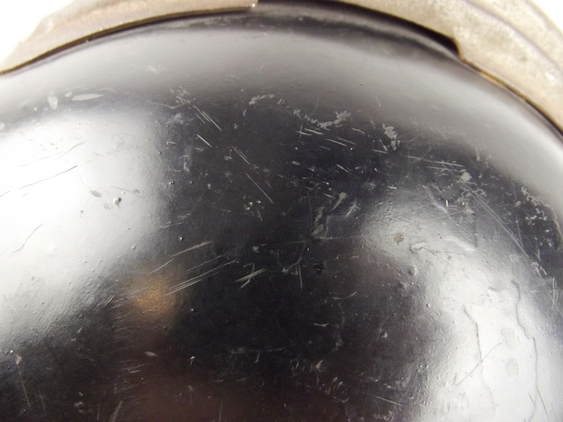 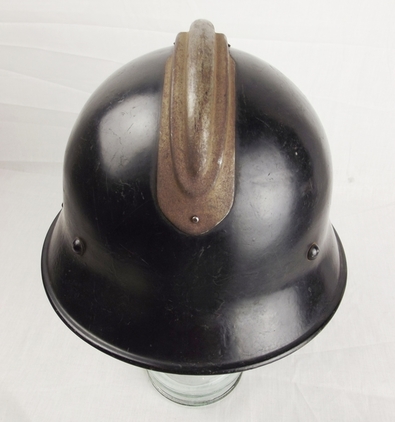 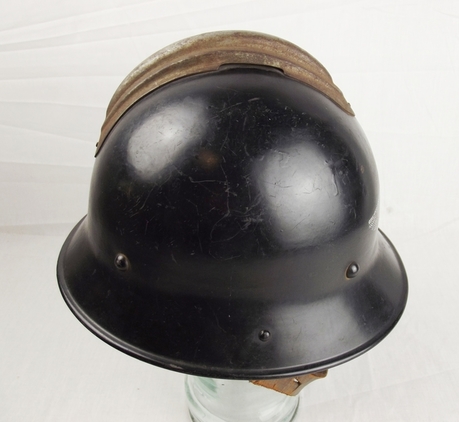 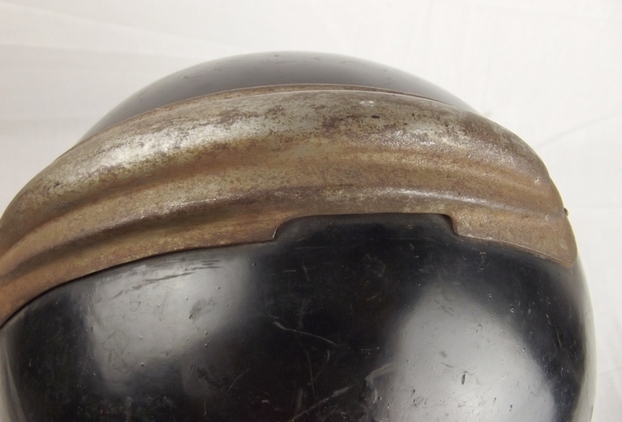 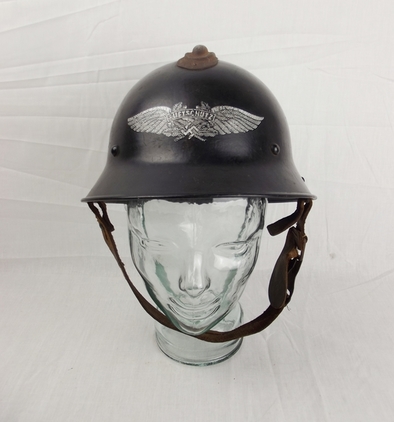 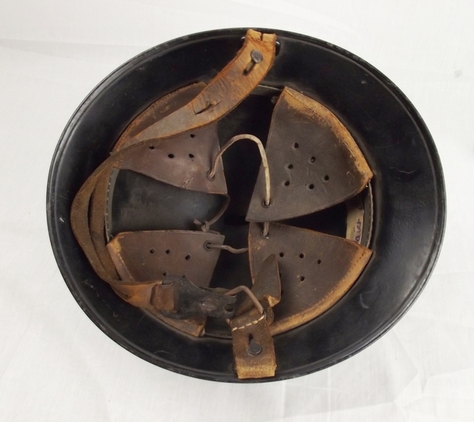 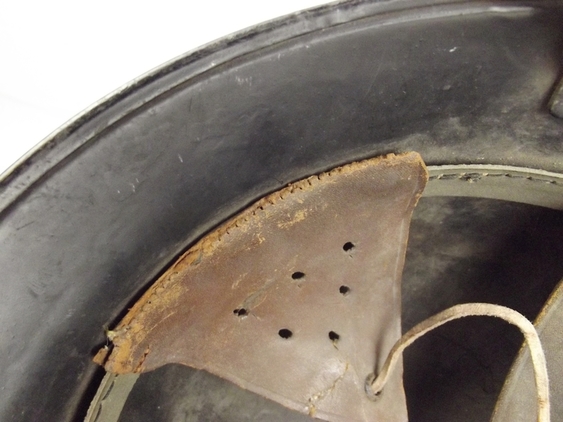 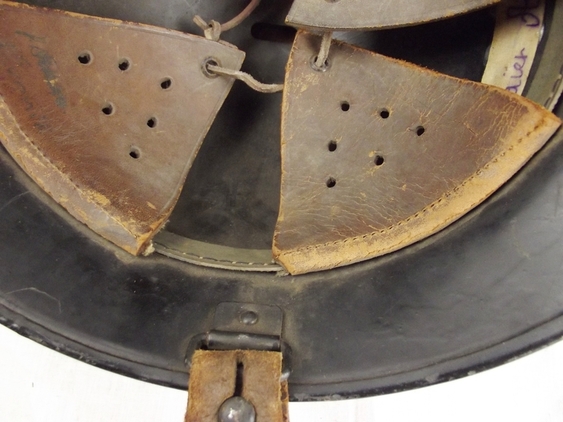 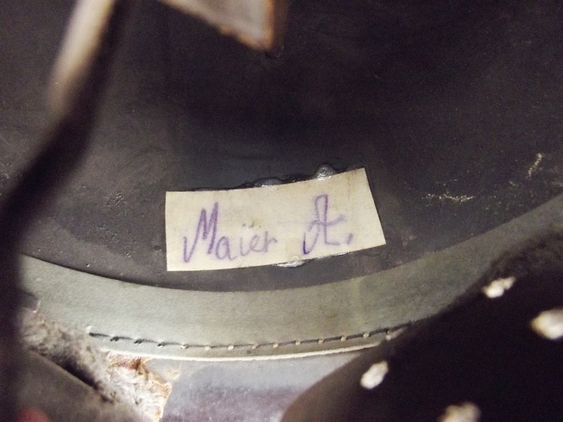 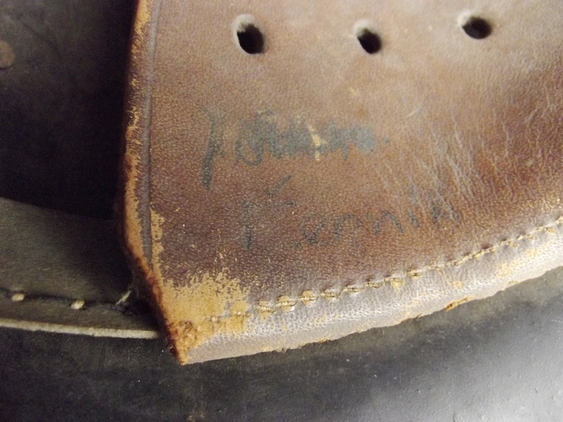 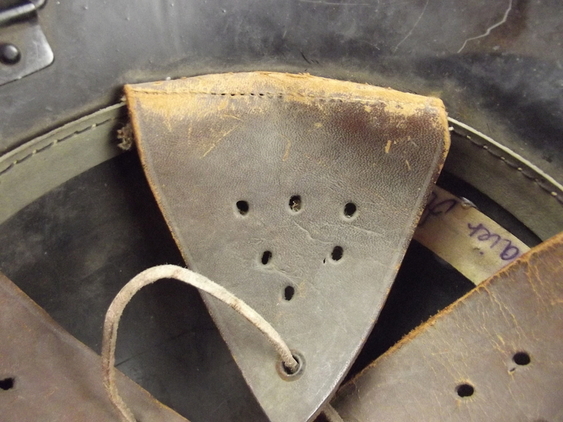 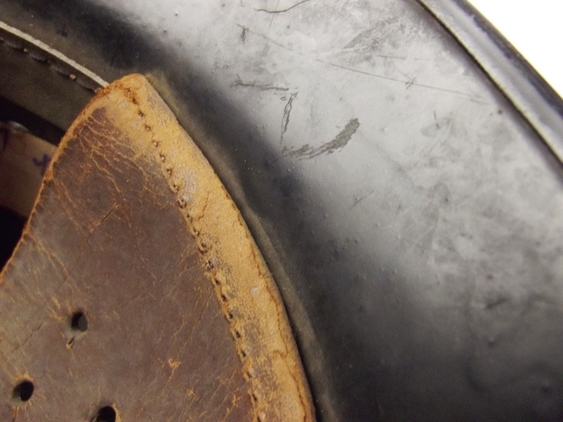 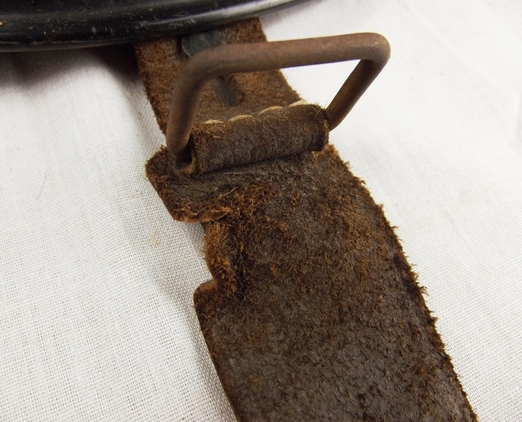 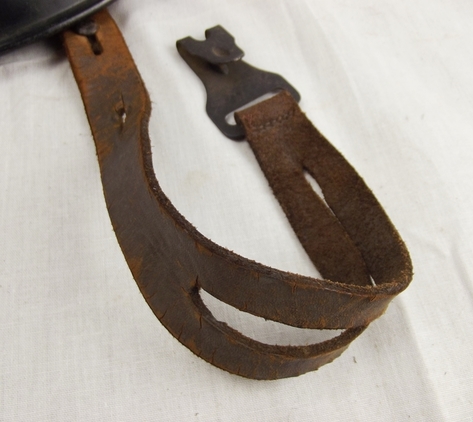 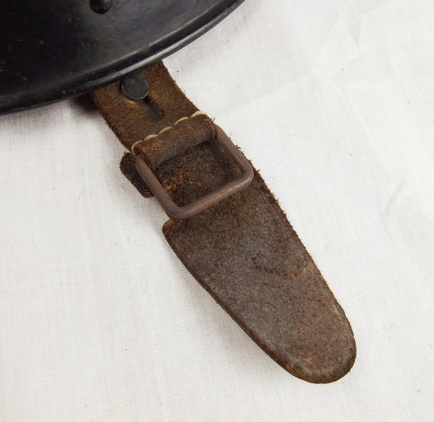 The Reichsluftschutzbund (RLB) (National Air Raid Protection League) was an organization in Nazi Germany in charge of air raid precautions in residential areas and among smaller businesses.

In 1938 the Reichsluftschutzbund was transformed into the Luftschutz (LS) and in 1943 it changed from a voluntary service to a compulsory one which included women.

The LS helmets varied slightly from the RLB helmets, with a new dark blue colour (as opposed to the grey and green of the RLB) and also sported a new decal.

There are plenty of variations though with these helmets.

Colours can be darker or lighter depending on producer and time and a variety of different shells were used.

Many of the old RLB helmets were repainted and re-decalled for the LS but other shells such as M34’s , gladiator helmets and beaded combat shells were also used. Even captured foreign helmets could be repurposed.

In the case of this piece, it seems that a later period firemans helmet has been repurposed for the job.

The steel helmet is painted in what appears to be black paint (or at least a very dark blue) and has the comb to the top associated with the firemans helmet.

To the front of the helmet is the Luftschutz decal which consists of a swastika over a wreath with wings either side and a banner reading ‘Luftschutz’.

It is fitted with its original leather chin strap

There is a tag glued into the helmet bearing a hand written name and there are two names written in ink to one of the flaps (one has been scrubbed through).

The helmet has light surface wear but no damages. The decal is a little scratched but in good order.

The comb has a dull somewhat rusted patina.

One flap of liner is a little damaged along its top edge. The rest of the leather liner has a little cracking in parts and some light wear but is generally in a good condition.

The leather chin strap again has some cracking and a little wear but is generally in good order.

UK postage is £16 or the item can be collected from our shop.