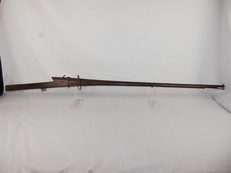 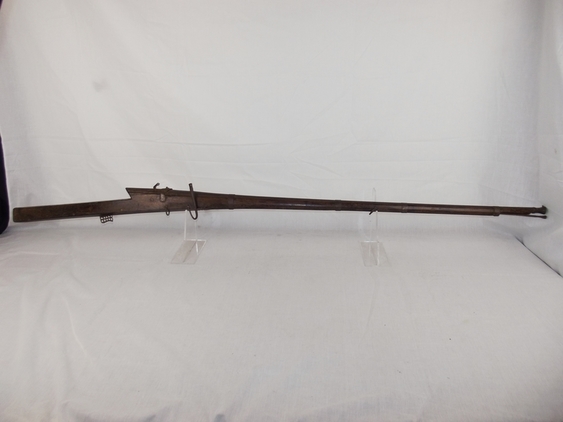 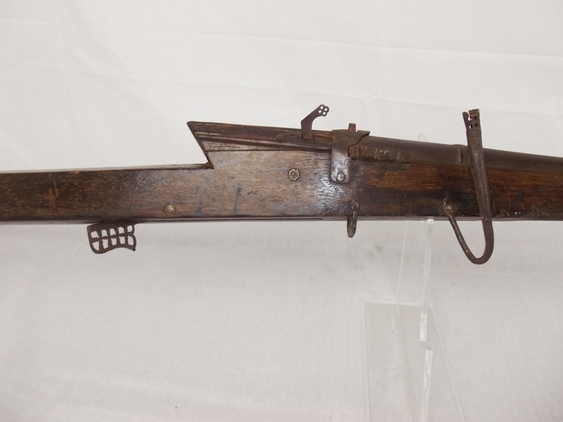 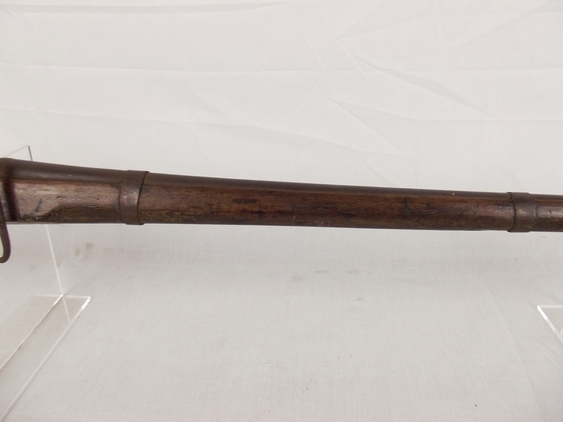 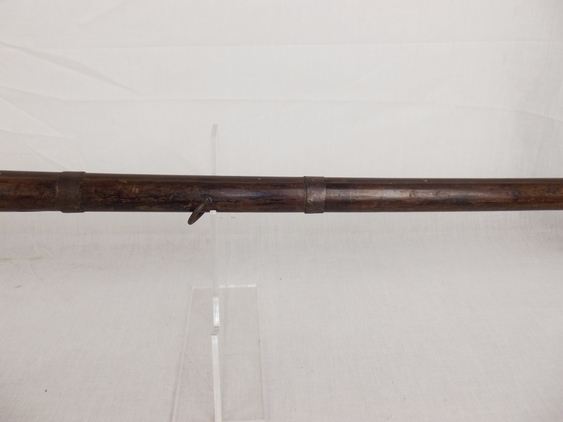 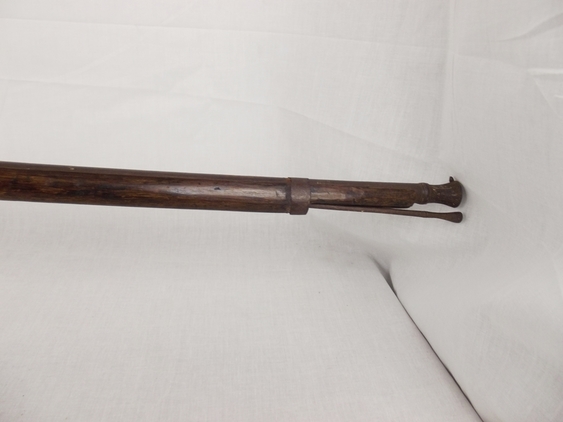 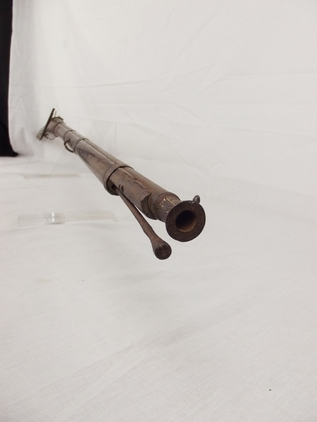 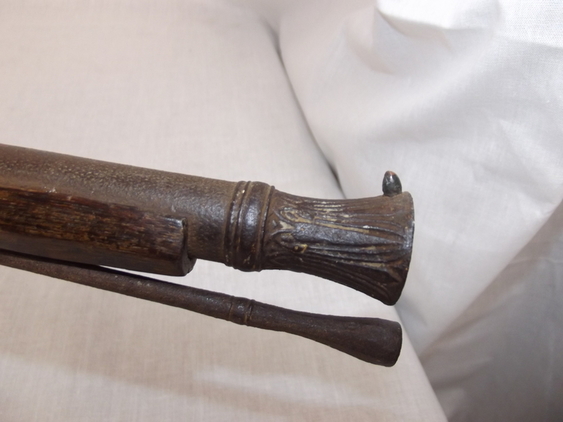 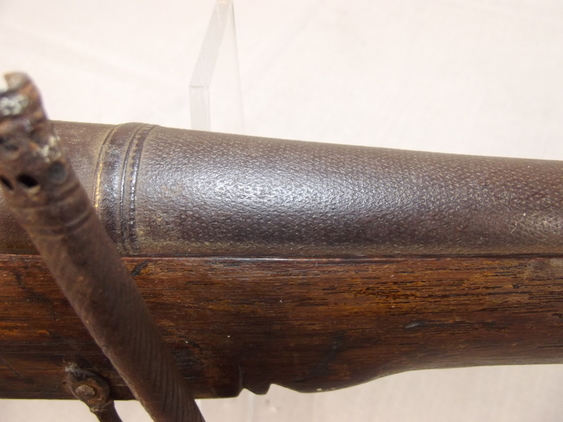 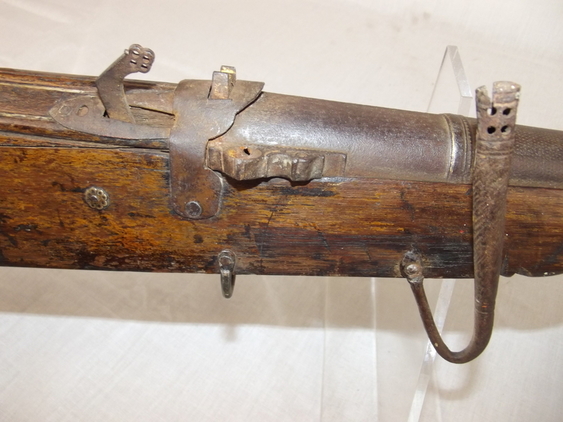 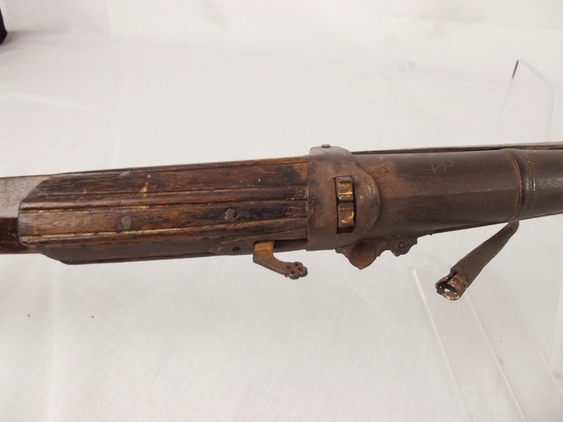 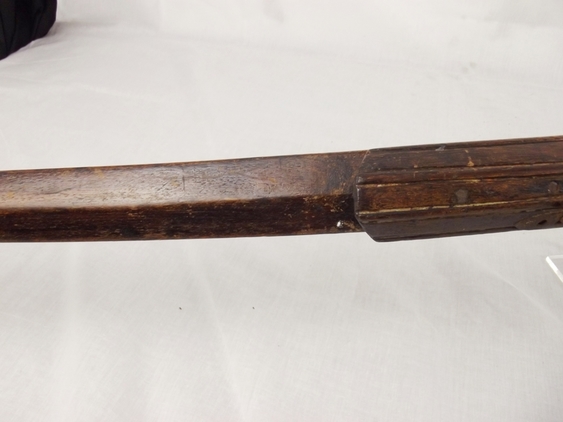 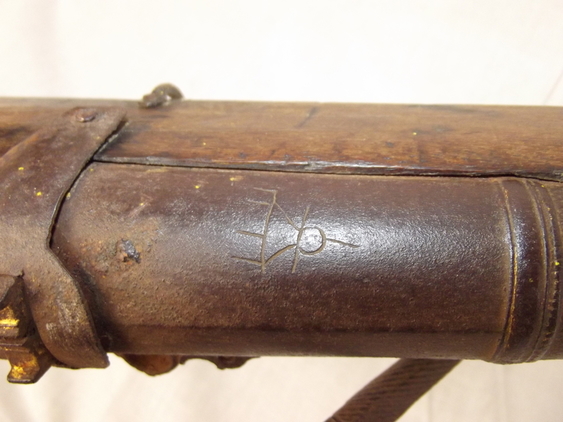 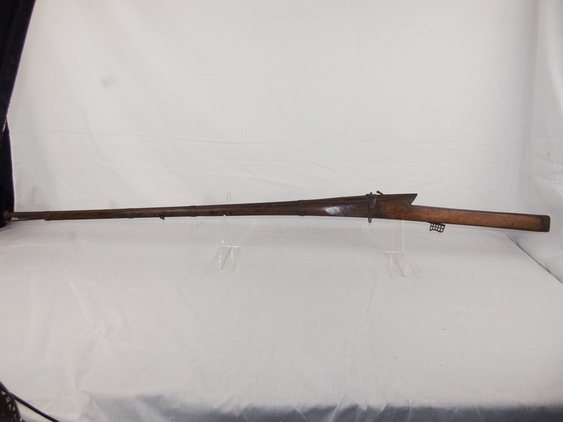 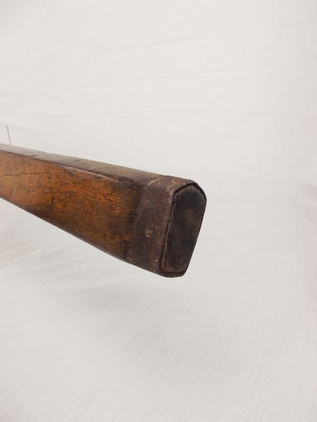 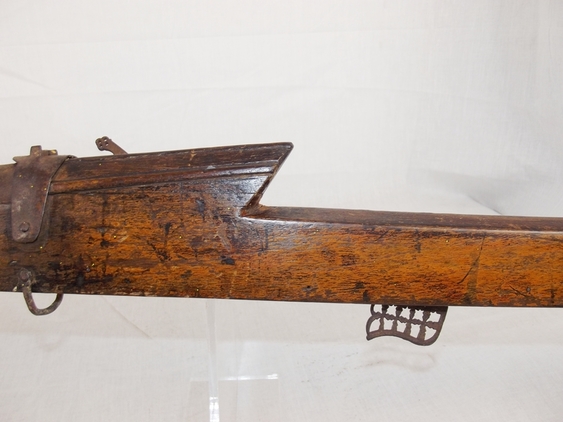 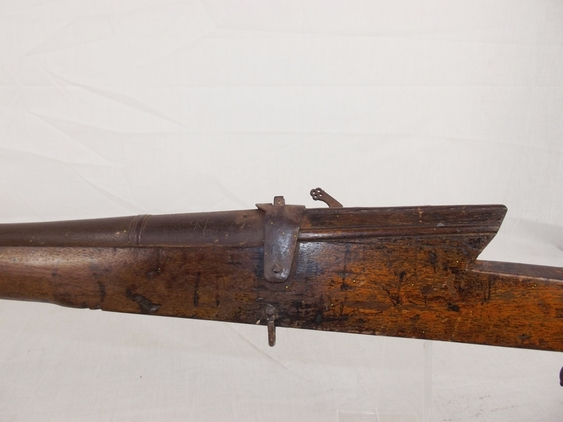 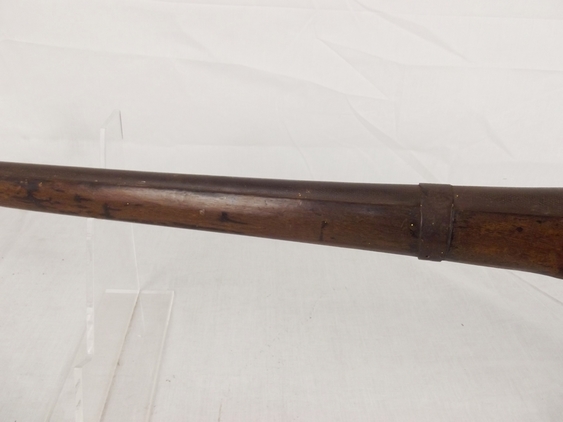 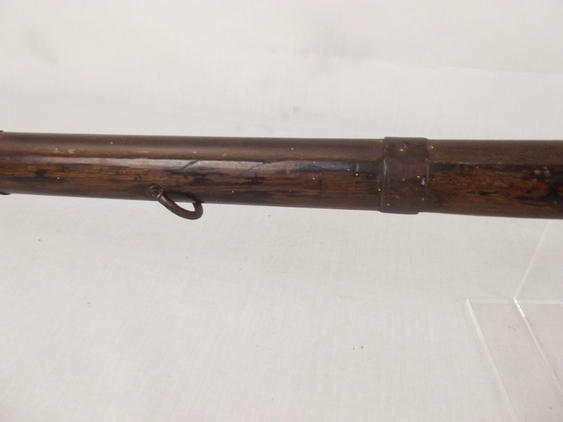 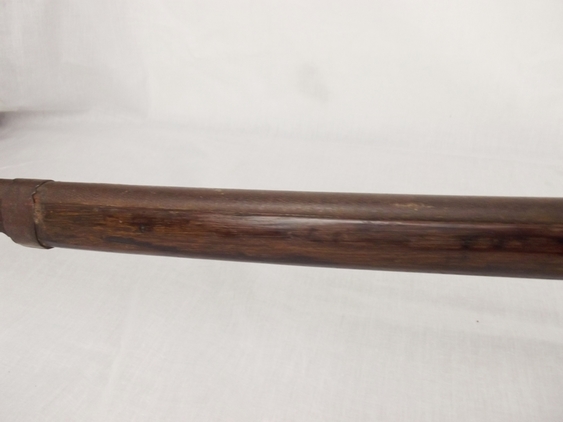 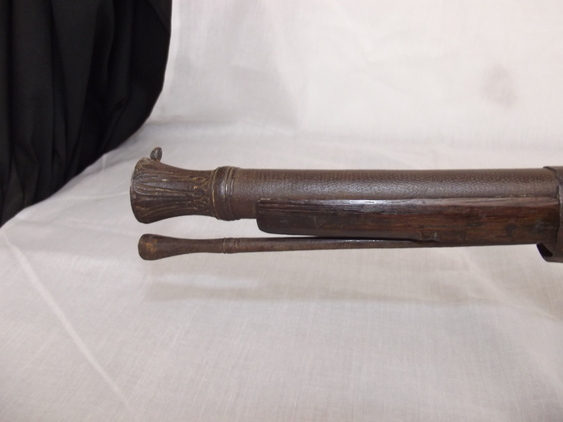 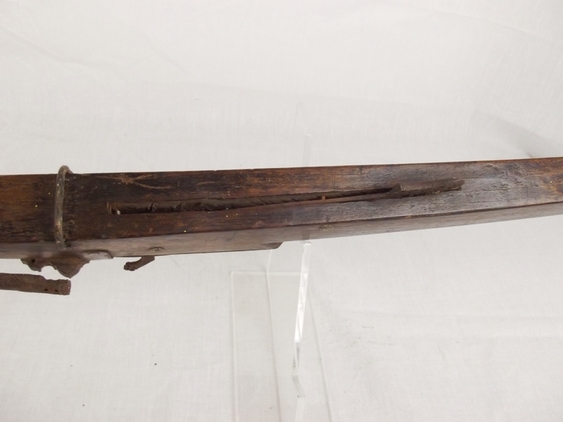 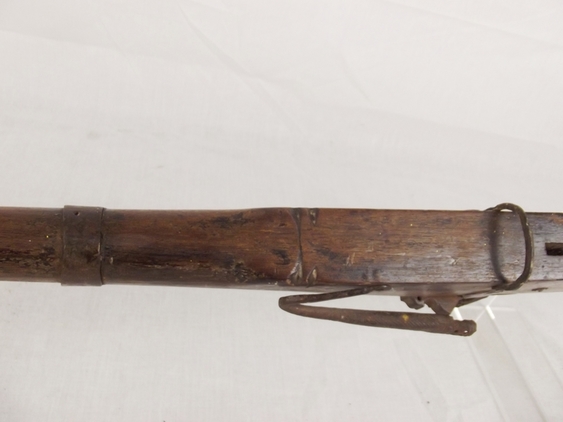 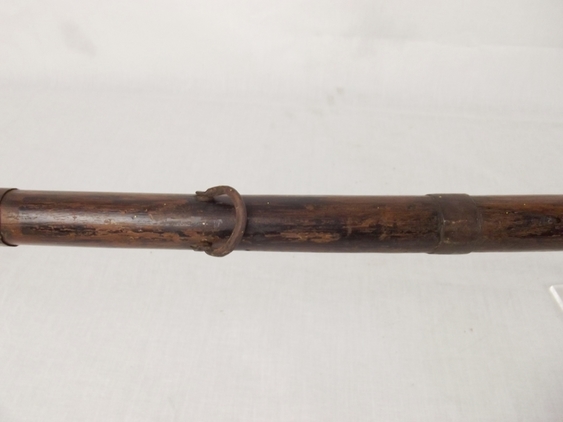 
India has introduced firearms into its arsenal mainly during the reign of Babur (the founder of the Mughal empire).

Introduced first in the north part of the Indian continent, Babur them in great quantities during his invasion of the Indian subcontinent from Central Asia. One of his two master gunsmiths was nicknamed "The Ottoman", suggesting that is where the technology initially came from.

Mughal muskets are typically made of very good steel, enabling the use higher charges of gunpowder. Their long barrels make for improved muzzle velocity, firing more accurately at longer ranges, provided the inside of the barrel is kept sufficiently clean as to minimize friction.

On its left side and nearby the muzzle the barrel bears an Indian stamp.

The barrel is attached to the wooden body with five bands.

The muzzle end is flared out to a shape resembling a stylized lotus.

All its components are present and the matchlock mechanism works as intended by the manufacturer.

The musket is fitted with both a front and rear sight. The rear sight still preserves some of it gold plating.

The rear sight is attached to the barrel assembly using a leather band, making it easier to adjust if needed.

The reverse of the wooden frame is fitted with sling attachments.

The pan and the serpent (hammer) are made of steel.

The piece is in good condition for its age.

There some surface rust on the metal parts, but not significant.

The woodwork is very good

UK postage is £35 or it can be collected in person from our shop.

In our community section
More about this: Product Review: The Weihrauch HW98
Display map