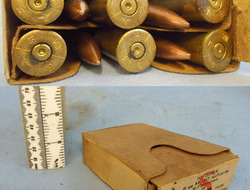 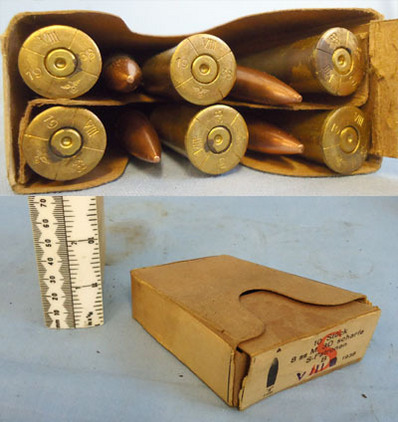 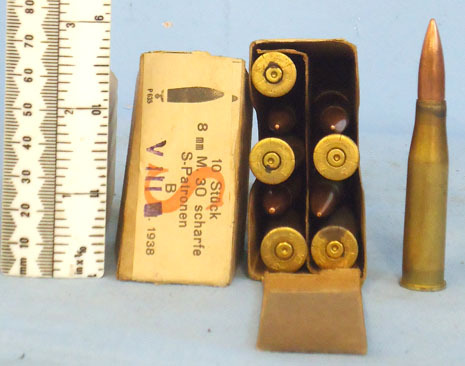 This is a 10 round service pack of 8x56R rounds for the Austrian Steyr M95 stutzen. The Steyr M95 is a straight-pull bolt-action rifle (carbine.) Originally chambered on 8x50 the majority of them were rechambered in 8x56R between the two world wars. Many of the M95 rifles were also cut down to carbine length. They were made in Austria and Hungary; consequently the receiver rings are marked either "Steyr" or "Budapest." The headstamp is V111 19 38 German army national emblem eagle with swastika acceptance mark . The box has a label on the box dated 1938 and the ammunition maker code P635 for Gustloff-Werke Otto Eberhardt-Patronenfabrik, Hirtenberg Niederdonau, Austria under German occupation. No licence is required to possess these inert rounds in the UK if retained as part of a collection or display. Sn O 1036