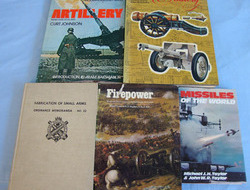 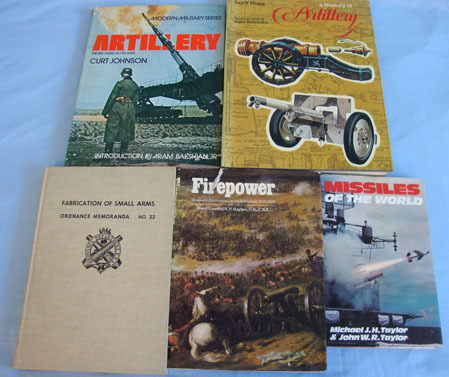 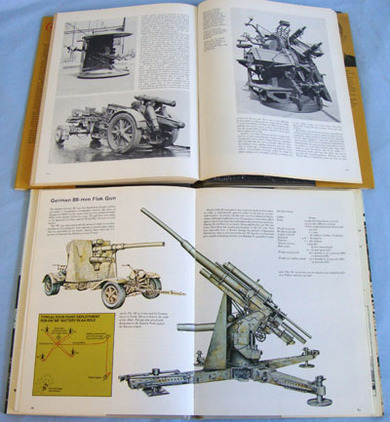 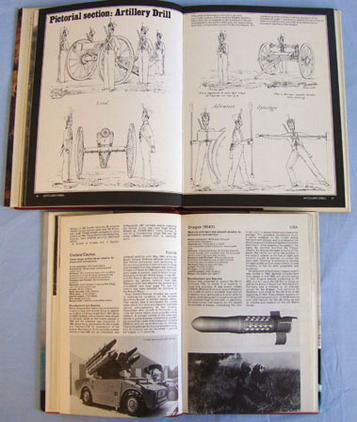 A bundle of 6 x books covering Artillery and fireworks. The first, "A History Of Artillery" by Ian V Hogg, published by The Hamlyn Publishing Company Group Limited In London in 1974. Covers between the discovery of gunpowder up until the modern missile. It is a hard back with the original loose leaf wrapper. Fully illustrated throughout. The second, one of the 'Modern Military Series, "Artillery The Big Guns Go To War" by Curt Johnson. First published by Octopus Books Limited, London in 1975. The book is hardback with the original loose leaf wrapper. It is illustrated throughout. It covers big guns from the Crimean War period to modern times. The third, "Fabrication Of Small Arms Ordnance Memoranda No. 22" published by Benchmark Publishing Co. Inc, New York and authorised by the Secretary of War in 1970. It covers rifles, revolvers, swords and sabres. It is illustrated with sketches. The fourth, "Missiles Of The World" 2nd Edition, by Michael J.H. Taylor & John W.R. Taylor. Published by Ian Allen Ltd. London 1976. Illustrated throughout and complete with loose leaf wrapper. The last book, "Firepower, Weapons Effectiveness on the Battlefield 1630-1850" by Major General B.P. Hughes C.B. C.B.E. Published by Purnell Book Services, London in 1974. It is illustrated throughout with black and white plates and sketches. It is complete with a loose leaf wrapper. The price for all six books includes UK delivery. BO 1052