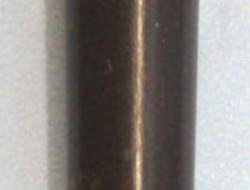 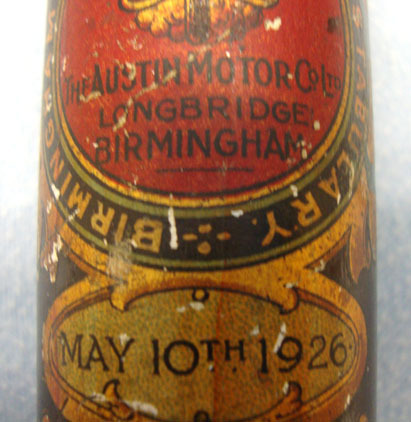 This is a rare and excellent quality original wooden Police Presentation Truncheon to a Special Constable who saw service through the Austin Motor Company General Strike on 10th May 1926. Britain's first and only General Strike began on 3 May 1926, and ended ten days later. The event was a watershed for labour relations in Britain, and bitterly divided opinion. The strike was called by the Trades Union Congress (T.U.C.) in support of striking coal miners in the North of England, Scotland and Wales. It is 15 1/2" length and made of the traditional heavy Lignum vitae hard wood. It has a highly coloured transfer panel at the widest part of the staff. The panel features The Kings Crown with Royal Cypher (George Rex) together with "Birmingham Special Constabulary, The Austin Motor Co. Ltd. Longbridge Birmingham May 10th 1926". In the centre there is the Austin Motor Co. Logo. It has a deep grooved grip with rounded end. The wood is undamaged with no dents. This is an original rare item of British Police equipment. The price includes UK delivery. Sn 13273