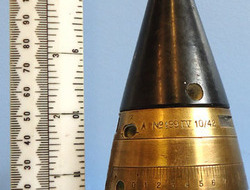 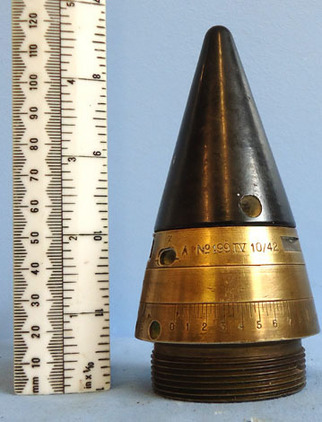 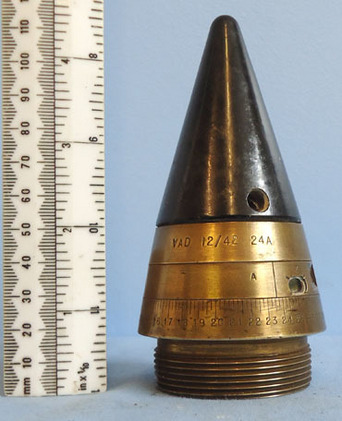 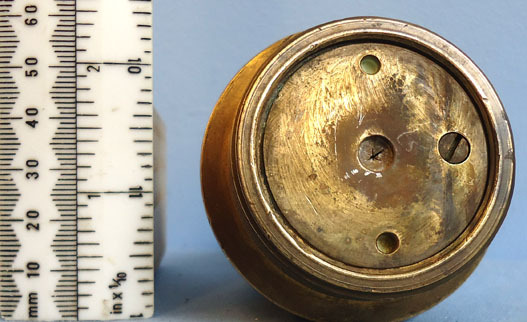 
This is an inert unfired WW2 British No 199 Mk IV fuse for the British 3.7 inch anti-aircraft which was the standard heavy anti-aircraft gun used from 1938 throughout WW2. The No 199 fuse was the first fuse used with this gun and was superseded by the clockwork fuse which was in turn was superseded by the proximity fuse . This fuse is stamped A Mo 199 IV 10/42 VAD 12/42 24A on part of its brass body. VAD is Vickers Armstrong Developments. The main body of the fuse is brass and is stamped in scales from 1 to 30. Above this are two powder time rings. Above this is a bakelite ballistic cap. This fuse is in excellent condition. The price includes UK delivery and no licence is required to possess these inert rounds in the UK if retained as part of a collection or displays. Sn O 1015
£145.00 ...Read full description
CategoryAccessories
SubcategoryAntiques & Militaria
ConditionUsed
Price£ 145
Sale typeTrade
Manufactured YearOctober 1942
Your referenceO 1015
Recommended UsageCollection item