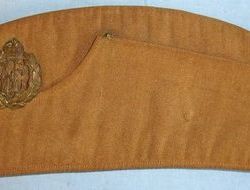 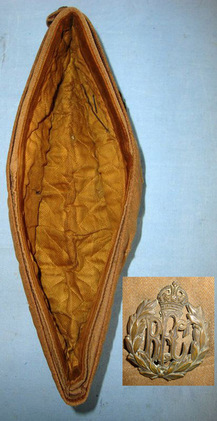 The Royal Flying Corps (RFC) was the air arm of the British Army before and during the First World War, until it merged with the Royal Naval Air Service on 1 April 1918 to form the Royal Air Force. This is an excellent original British Royal Flying Corps (RFC) Pilot’s side cap. Made of cotton it has a quilted lining and embossed brass Kings crown heraldic arms buttons. It has its original large WW1 Era 'King's Crown RFC' brass cap badge. The cap including its lining has some service wear and stains consistent with age. The cap is approx UK size 6. Price includes UK delivery. Sn 11639