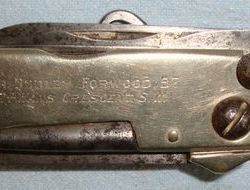 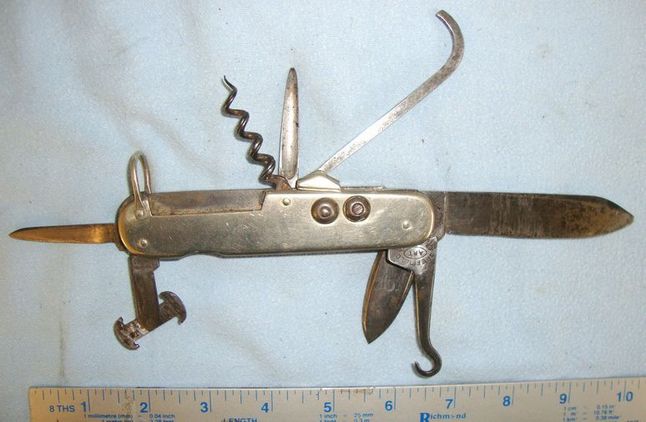 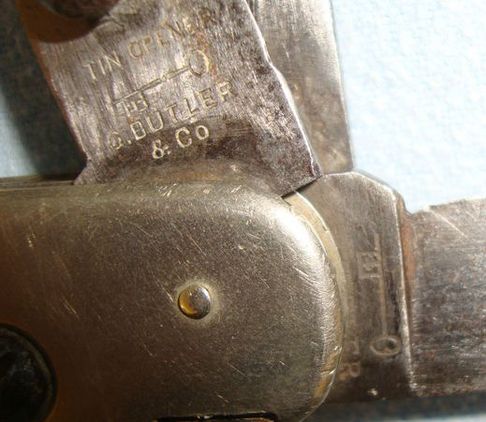 Sir Dudley Forwood, 3rd Bt (Baronet), was sole equerry to the Duke of Windsor, the former King Edward VIII, after his abdication in December 1936 to facilitate his marriage to the American divorcee Wallis Simpson. The King's abdication caused a National scandal. Sir Dudley served as sole equerry to the Duke from 1937 until the outbreak of WW2 in 1939. Sir Dudley first met the Duke, then Prince of Wales, in 1934 in Austria at the Grand Hotel, Kitzbuhel, where the Prince and Wallis Simpson were taking a skiing holiday. At the time Forwood was an honorary attache at the British Legation in Vienna, under Sir Walford Selby. This is an excellent original, British made Horseman's / Sportsmans Folding Knife engraved to Sir Dudley Forwood. It has a large blade (3 1/4") which locks in place with release catch at the spine, 2 small blades (2" each, one marked 'tin opener' with thumb spur), hook, corkscrew, swivel tool and gouge/ stone remover. It also has its two rein repairing bolts fitted to the side. The blades are stamped by the Sheffield manufacturer 'G. Butler & Co' with 'key' trademark and the hook is marked 'Sheffield Arts'. It has German Silver scales, screwdriver end and lanyard ring. One scale is nicely engraved 'Sir Dudley Forwood BT, 24 Hans Crescent S.W. (London)'. Price for this quality knife with Royal connections worthy of further research includes UK delivery. Sn 10786