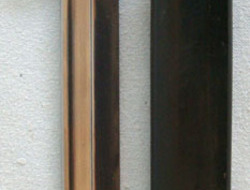 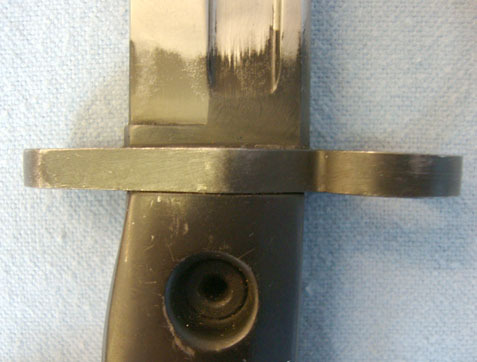 This is the Canadian Version of the British L1A1 bayonet with the protruding catch but differs in the fact that the pommel is riveted to the tang whereas the British pommel was brazed. The blade tip profile also differs and the bayonet carriers no markings as with the British version. The bayonet was made by Canadian Arsenals Ltd. (Long Branch) and most blades carry their logo and the date. However this bayonet is an early one with no markings (see Skennerton's Page 309/310 Item C15). This is a scarce bayonet which is usually missing from most British and Commonwealth bayonet collections. The price includes UK delivery. Bayo 38