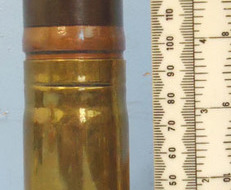 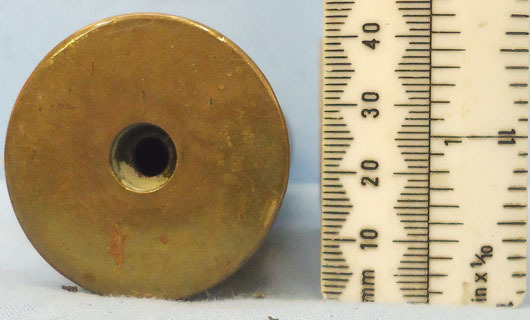 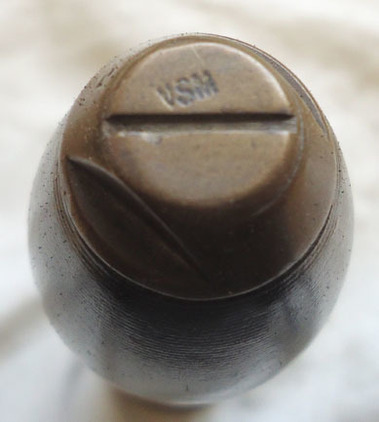 
DEACTIVATED INERT. This is an unfired early VSM (Vickers Son and Maxim) 37mm (37 x 94R) Pom Pom nose fused HE (High Explosive) round. The gun was introduced as the QF 1 Pounder Maxim Pom Pom in the late 1880s by Maxim Gun Company. The brass cartridge case has no headstamped which was common with Vickers Son and Maxim early cartridge cases. The nose fused steel projectile has a copper driving band and a copper centering band above it. The projectile has its original threaded brass nose fuse and is stamped VSM (Vickers, Son and Maxim). No licence is required to possess this round in the UK if retained as part of a collection or display. The price includes UK delivery. Sn. O 1408
£175.00 ...Read full description
CategoryAccessories
SubcategoryAmmunition
ConditionUsed
Price£ 175
Sale typeTrade
Your referenceO 1408
Recommended UsageCollection item