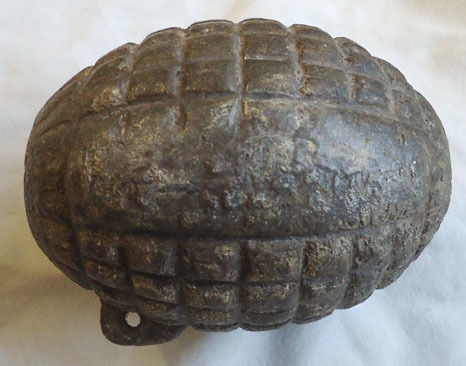 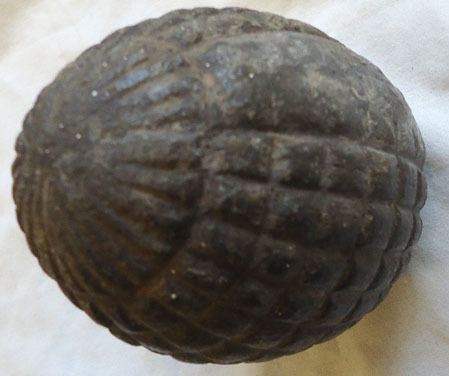 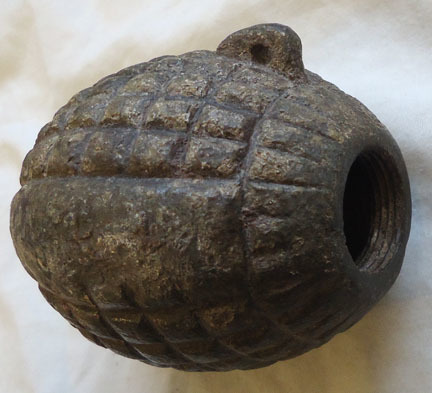 DEACTIVATED INERT. This is rare Gallipoli era Turkish WW1 Pattern 1914 Model No 2 cricket ball hand grenade developed by Tufenidjieff and was manufactured by the Kalafat Yeri Foundries at Constantinople. This grenade is made of a Zinc alloy with segmented shrapnel squares cast into the outer body. The Turkish 1914 model hand grenade, better known to the Australians as a ‘cricket ball’ grenade, was developed by Tufenidjieff, according to an August 1915 translation of a Turkish handbook by the Intelligence section of the Headquarters Unit, Australian and New Zealand Army Corps. The grenades were manufactured by the Kalafat Yeri Foundries at Constantinople, they formed an essential part of the Turkish Army’s capability. The grenade has its original holed lug which would originally have has a belt ring through the hole. The grenade has traces of Turkish script in the body of the grenade. No licence is required to possess in the UK if retained as part of a collection or displays. The price includes UK delivery O 1388 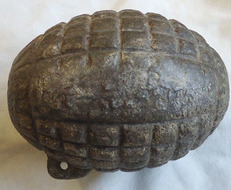