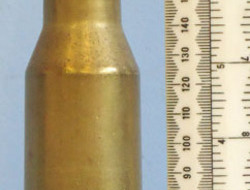 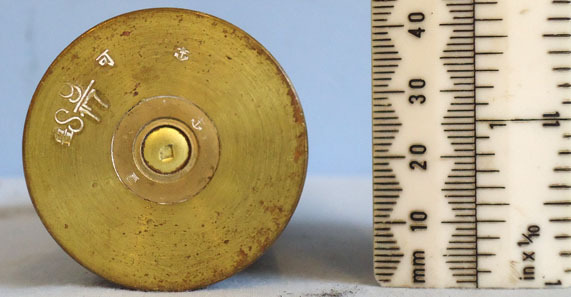 DEACTIVATED INERT. This is a scarce unfired WW2 Japanese Type 96 (25 x 163) high explosive anti-aircraft gun round and was the standard Japanese medium anti-aircraft gun used in the Japanese navy and army in the conflict. The gun was a French Hotchkiss design adopted by the Japanese and used in single, twin and triple mounts with a 15 round box magazine. This round has a brass cartridge and the headstamp consists of two Japanese characters and an anchor together with S 9/17 . The brass percussion primer has a Japanese character and an anchor. The brass driving banded steel projectile is fitted with a brass impact nose fuse. No licence is required to possess inert rounds in the UK if retained as a part of a collection or display. Price includes UK delivery. Sn O 1113