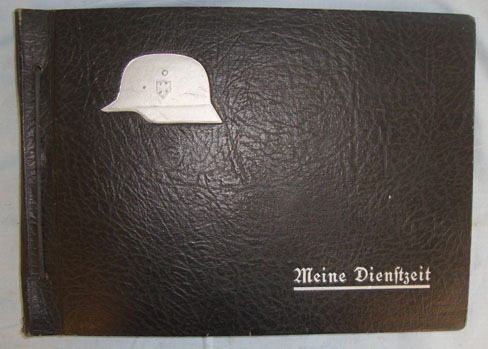 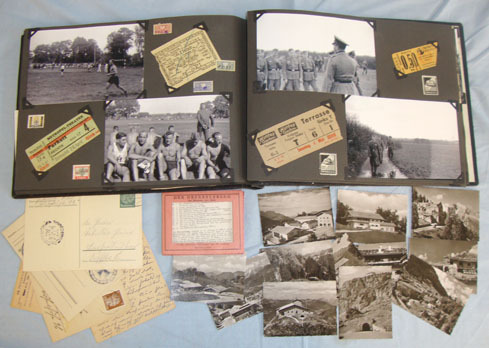 This is an original WW2 bound Nazi German Photograph Album. The contents and subject matter of the contents indicate that the album belonged to a Panzer Grenadier. The Album measures 12 ½” x 9” x ½” when closed. It has a black leather cover. The cover of the album has an embossed silver coloured German helmet together with ‘Meine Dienstzett’ (My War) in silver. The album contains 18 double sided Pages. The pages are individually mounted with contemporary original photographs of Officers & Other Ranks both in training and in the field including drill, weapons, equipment, tanks and artillery . There are also individual and group portraits of individual Officers and Other Ranks no doubt including the owner of this album. The album also contains Newspaper Cuttings, Theatre Tickets, Postage Stamps & Loose War Time Tourist Photos & Post Cards with German script. The album and photographs are clean. Price includes UK delivery. Sn 12911 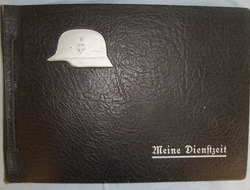