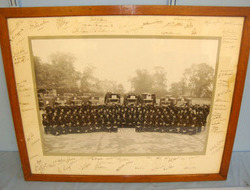 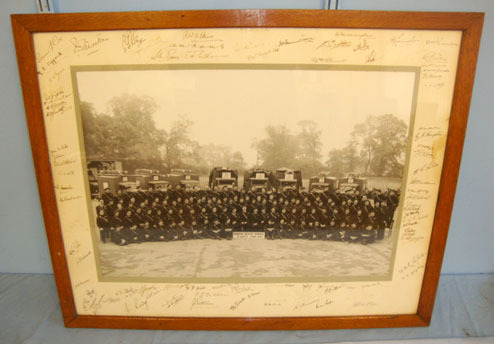 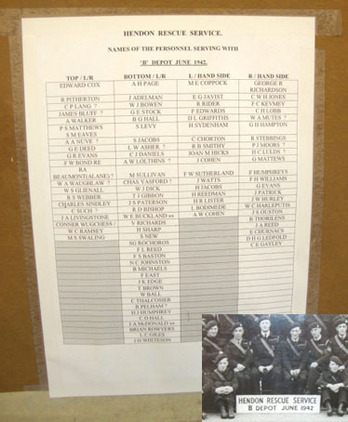 In 1938 as a result of London’s Architects Department Emergency War Time Measures, Council District Surveyors were made responsible for all rescue and demolition work on damaged and unsafe buildings. The Architect's Department manned the control centres and depots of the Rescue Service & assumed responsibility for the provision of air raid shelters for the Council's staff. They also organised, and ran the War Debris Service to deal with the work of clearing debris resulting from war damage. Training for the Rescue Service was provided at training schools organised and staffed by the department. When the heavy raids started in September 1940 the Rescue Service went into full operation. It was clear that the specialist knowledge of its members enabled them to foresee the behaviour of damaged buildings and to estimate the risks of rescue. By May 1941 the Service had rescued 10,000 live casualties, at the cost of the lives of 34 rescue officers. After 1941 the Service (later renamed The Heavy Rescue Service) was brought into line with other civil defence services. Mobile parties of men with cranes and heavy plant were posted at civil defence centres. When flying bomb attacks began the Rescue Service rescued 7,175 people alive and recovered 2,329 bodies. 64 personnel were injured and 3 killed. This is an original large framed photograph of the men and machines of the ‘Hendon Rescue Service ‘B’ Depot’ taken in June 1942 ( Hendon is a London suburb in the Borough of Barnet. Famous for the nearby Hendon Aerodrome known as the cradle of British Aviation, the Hendon area was heavily bombed by the Luftwaffe during WW2). The black & white photograph shows members of the Depot in uniform, formed in a group in front of their liveried vehicles carrying rescue ladders and equipment. A noticeboard in front of the group carries the wording ‘Hendon Rescue Service B Depot June 1942’. The border of the photograph has original signatures of members of the group. The photograph in its wooden glazed frame measures 27”x22”x ½” . The rear of the frame is mounted with wire for wall hanging and has a later compiled printed ‘A4’ size partial list of names of many of the group. This interesting framed picture highlights the scale of Home Front Rescue Service required to deal with the effects of sustained German bombing and a reminder of the heroism of their personnel. Price includes UK delivery. HO 668