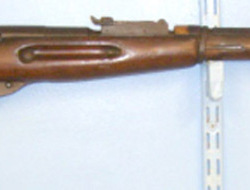 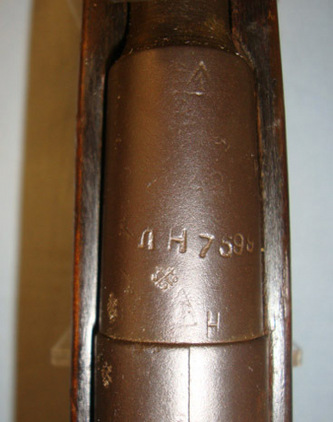 The Mosin–Nagant is a five-shot, bolt-action, internal magazine-fed, military rifle, developed by the Imperial Russian Army in 1882–91, and used by the armed forces of the Russian Empire, the Soviet Union and various other nations. In spite of the age of its design these weapons have shown up in various conflicts around the world until the modern day, being rugged and effective, much like the AK-47 and its variants. The Izhevsk Machinebuilding Plant is a weapons and motor vehicle manufacturer based in Izhevsk, founded in 1807 at the decree of Tsar Alexander I, and is now one of the largest corporations in its field. The Plant manufactured Moisin Nagant rifles during WW1 & WW2 along with AK47 assault rifles and other arms for the Russian War effort. The Plant produces arms for the Russian Military today. This is a very good WW2 era Moisin Nagant Rifle. It has undamaged metal work with even patina and all original wood furniture which has some service wear consistent with age and service use. The Breech housing is stamped with Russian Script and the faint arrow within triangle Arsenal marks of the Ishevsk Plant (illustrated in image 2). The weapon has its original cleaning rod, adjustable rear sight, block and blade fore sight and steel butt plate. The fore stock and shoulder stock are correctly slotted for sling anchor. The weapon strips cocks and dry fires. Price includes deactivation certificate and UK delivery. D 1393

In our community section
More about this: A guide to deer stalking