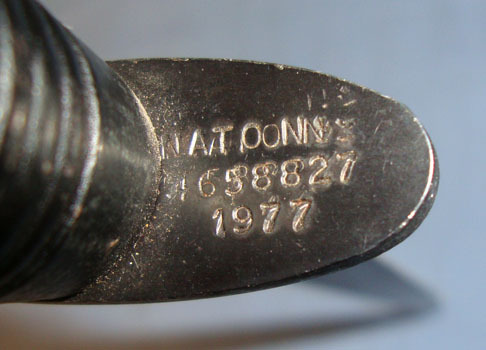 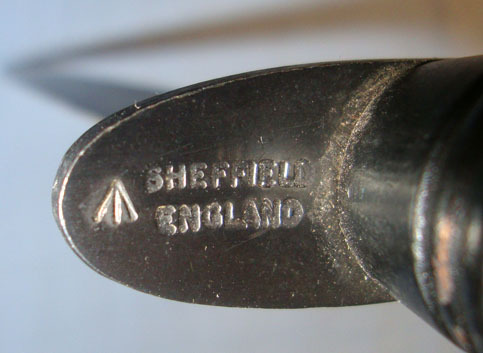 A near mint original 3rd Pattern Fairbairn Sykes fighting knife or dagger. The 3rd pattern knife was introduced in 1942 and issue of the knives to Commandos continued into the modern era (see pages 159-178 of The Fairbairn Sykes Fighting Knife & Other Commando Knives By Flook Regarding Post War FS knives). This Post War example has an undamaged ribbed alloy handle with original paint and a clean undamaged blade. The crossguard is stamped with NATO number 'NATO 00NN4658827' and dated '1977'. It is also marked 'Sheffield England' with 'WD arrow' indicating that the dagger was made by John Clarke & Son Sheffield (Page 165 of Flook's book has an illustration of one of these daggers & describes these daggers as being issued to Commando & Bomb Disposal personnel). It is complete with original leather scabbard with external chape and single belt loop with elasticated retaining strap. It retains it's 4 leather sewn on tabs. All leather & stitching are intact. Price includes UK delivery. Sn 9955 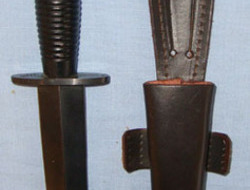