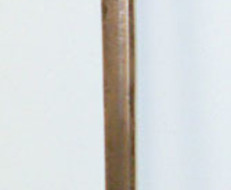 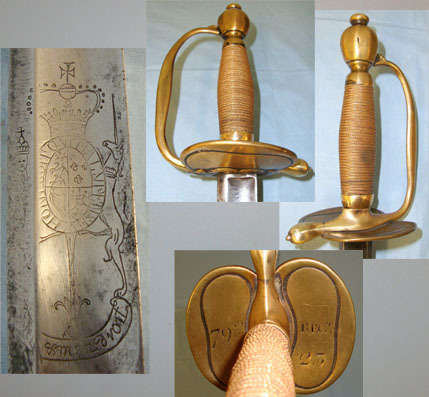 
The 79th Regiment of Foot (Cameron Highlanders) was a line infantry regiment of the British Army, raised in 1793. It amalgamated with the Seaforth Highlanders (Ross-shire Buffs, The Duke of Albany's) to form the Queen's Own Highlanders in 1961. In July 1808 the 79th Foot was deployed to Portugal for service in the Peninsular War. The regiment took part in the Battle of Corunna in January 1809 and was subsequently evacuated to England. The regiment returned to Portugal in January 1810 and saw action at the Battle of Bussaco in September 1810, the Battle of Fuentes de Oñoro in May 1811 and the Siege of Badajoz in March 1812. It fought at the Battle of Salamanca in July 1812, and took part in the occupation of Madrid in August 1812 and the Siege of Burgos in September 1812. It also saw combat at the Battle of the Pyrenees in July 1813,the Battle of Nivelle in November 1813 and the Battle of the Nive in December 1813 before taking part in the Battle of Toulouse in April 1814. Following the abdication of Napoleon in April 1814, the regiment moved to Cork, Ireland. However, with the return of Napoleon from exile, the 79th Foot travelled to Belgium in May 1815. The regiment took part in the final battles of the Napoleonic Wars at Quatre Bras and Waterloo in June 1815. This is an original example of a British 1786/ 96 Pattern Infantry Officer's sword (see page 159 of World Swords by Withers where an NCO’s example is illustrated. Withers states that Officer’s versions had decorated blades and hilts). It has the correct rigid shell guard with tooled decoration. The inside of the shell is crisply marked ’79 Regt’ to the 79th Foot (Cameron Highlanders) and weapon number '25'. It has the correct knuckle bow and urn shaped pommel. The quillon has been repaired at some point in its life. We have had the grip re-bound with bronze wire. It has a 30m ½” long fullered, single edged, ‘T’ back blade with fullers. The blade is etched on both sides. One side has decorative panels with Crown and Heraldic arms. There are no visible date or manufacturer marks. As is common our example is without scabbard. The price includes UK delivery. ED 2409
£695.00...Read full description