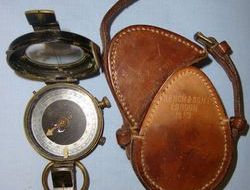 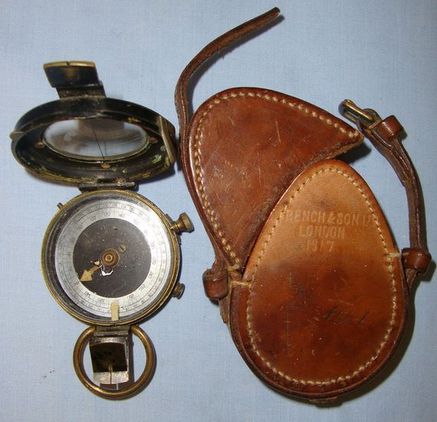 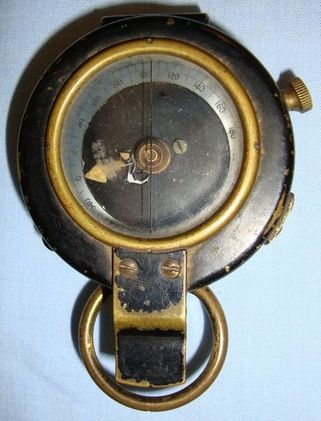 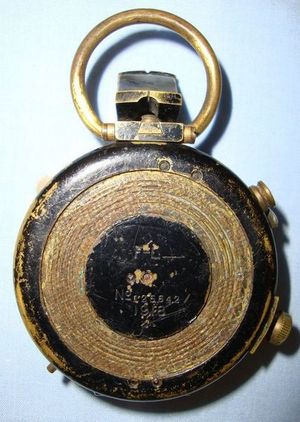 Colonel William Willoughby Cole Verner was born in 1852 and commissioned into The Rifle Brigade in 1874, retiring in 1904. He served on the staff in the Egyptian campaign of 1884-85 and during the Boer War. He died in 1922. During his career Verner patented several marching Compass designs. Whilst the basic prismatic compass design has its origins in Schmalcalder's patent of 1812 (Patent No 3545), Verner's Pattern is a significant development. Verner's Patents were all pocket compasses. Model numbers were issued to his compasses starting with a Verner's Pattern V with developments through to the VII, VIII and the IX of WW2. Verner's Pattern compasses are both incredibly popular with collectors as well being a compass that can still be practically and easily used today. The most common models are the Verner's Pattern VII and Verner's Pattern VIII which were mainly used during WW1. Their basic construction is a prismatic dry card compass with a both a momentary bearing lock and transit lock. This is an excellent original example of the MK VIII. It is fully functioning. It has a brass case and is mounted with lanyard ring. The glass face and numbered brass outer ring are perfectly in tact. The lid is stamped 'Verner's Patent VIII'. The rear of the case is stamped with WD arrow and by the Swiss manufacturer 'F-L' together with '1918' date and 'no.125642'. It is complete with brown leather case with hinged top and buckle fastener. The case is impressed 'French & Son Ltd London' and dated '1917'. All leather and stitching of the case are intact. Price for this WW1 cased piece of equipment includes UK delivery. Sn 10742