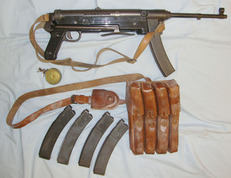 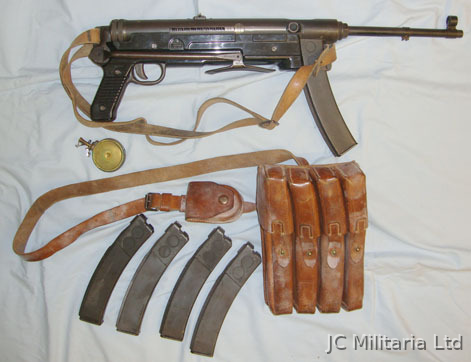 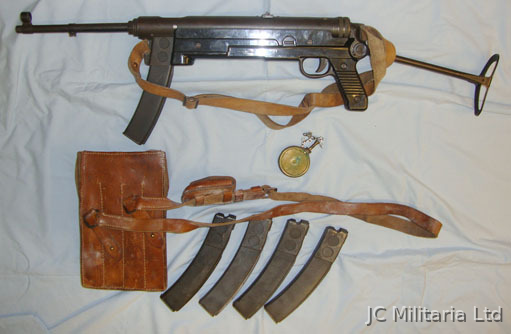 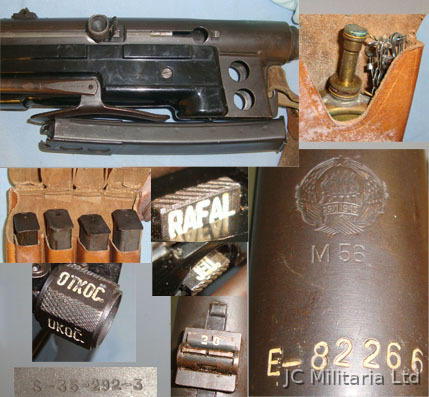 
**This Firearm is deactivated to one of the pre- 2nd May 2017, UK specifications. As such it can only be sold and exported in its present state to customers in NON- EU countries including the Isle of Man and Channel Islands. Customers based in the UK & other EU countries can purchase on our lay-away scheme. The weapon will then be brought up to the EU specification and the relevant certificate obtained prior to the transfer of ownership and delivery**.The M56 submachine gun is a Yugoslavian submachine gun chambered in 7.62×25mm Tokarev, designed for use with the Yugoslav People's Army. Initially a state-funded product, it saw use in a number of conflicts following the breakup of former Yugoslavia including the Vietnam War, Lebanese Civil War & Gulf War. The M56 is a clone of the Nazi German WW2 MP 40 submachine gun, easily distinguished from the MP 40 by its increased length and curved magazine. While inexpensive to produce and easy to maintain, the M56 also proved to be quite effective at range over its German counterpart; its 7.62 mm cartridge providing significantly more penetration over the 9×19mm round found in the MP 40.This is an excellent, M56 sub machine gun. Deactivated to UK specification in 2001 the weapon cocks & dry fires crisply. The cocking handle is marked ‘Ukoc’ (brake) & ‘Otkoc’ (unbreak) & rotates as it should. Its magazine can be removed. This example has excellent metal work throughout, with folding stock that fits snugly and functions perfectly as it should. It has the correct grooved plastic grips and plastic stock. The rear of the breech housing is stamped with Yugoslavian crest and number ‘E-82266’. The bottom of the grip frame has matching number. The weapon comes with 5 original magazines all with stores codes ‘S-35-292-3’. Included is its leather 4 x magazine carrier with shoulder strap. The carrier has 4 separate pockets for individual magazines all with flap covers and retaining straps with eyelets that fasten to brass studs on front of the pockets. The shoulder strap is mounted with a pouch with flap top and press stud fastener. The pouch contains an original brass oil container. The price includes deactivation certificate & UK delivery. Sn 18196:27
£795.00...Read full description
CategoryDeactivated
SubcategoryMachine Guns
ConditionUsed
Price£ 795
Sale typeTrade
MakeYugoslavian
Calibre7.62 mm
ModelM56 (German MP40) 7.62mm Calibre Sub Machine Gun Folding Stock & Sling With 5 Ma
Manufactured Year1956–1992
MechanismDeactivated
CertificateNo Licence
Your reference18196:27