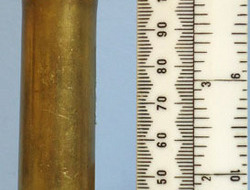 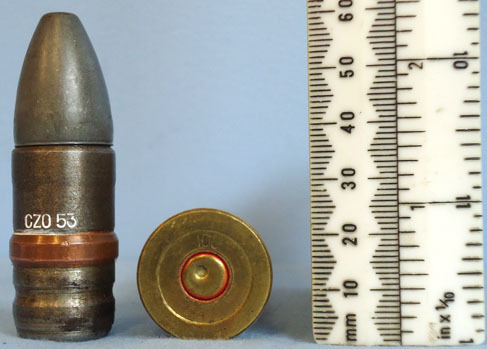 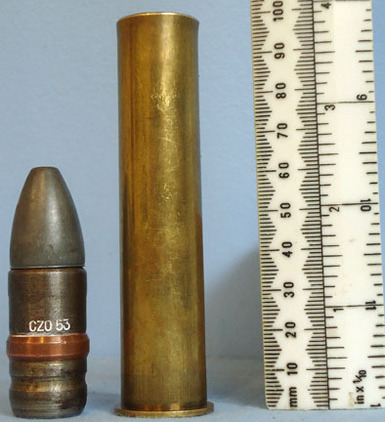 This is an inert Soviet 20mm (20x99R) ShVAK TYPE BZ (API-HC Armour Piercing Incendiary- Hollow Core) aircraft cannon round. The gun was developed in 1935 and was the main Soviet heavy aircraft gun throughout WW2 and was used in various aircraft including the Yak-1, Yakovlev Yak-3, Yakovlev Yak-7B, LaGG-3, Lavochkin La-5 and La-7, the Petlyakov Pe-3 , Pe-3 and the Ilyushin Il-2. It was also used in theT-60 and T-38 armoured vehicles. This round has a drawn brass cartridge case which is headstamped IOU 52 . The primer has a red sealant to it. The steel projectile has a copper driving band and a steel cap swaged onto it. The projectile is stamped CZO 52 stamped above the driving band. Price includes UK delivery. Sn. O 994

In our community section
More about this: The Triple Barrel Shotgun