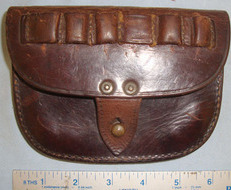 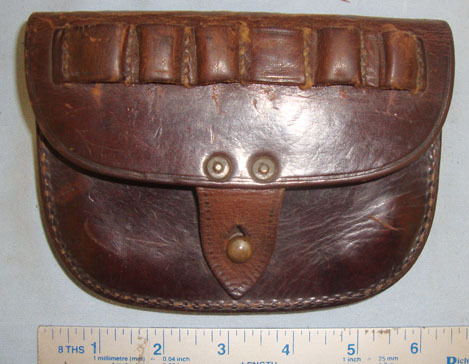 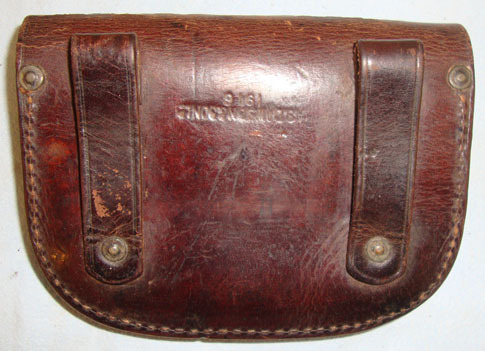 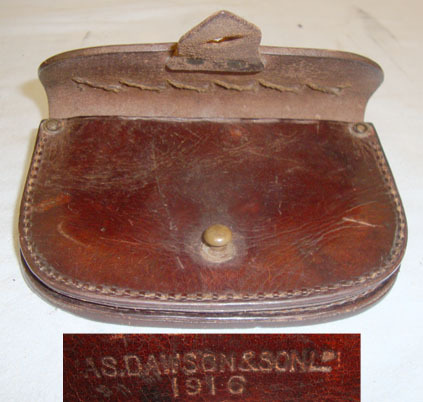 
The large frame .455 calibre semi automatic pistol was adopted by the British Royal Navy (RN) in 1915. It was also issued to the Royal Navy Air Service (RNAS) & Royal Flying Corp (RFC) during World War One. This is an excellent original WW1 1916 Dated British Royal Navy/Royal Naval Air Service Leather Ammunition Pouch. The leather pouch is clean and all leather stitching and rivets are intact. It has a fold over flap which has additional stitched leather loops for .455 auto rounds . The flap is secured with a short leather tab which secures over a brass stud on the front aspect. The tab is secured with copper rivets. On the rear it has two leather belt loops which are secured with copper rivets. The stitching is also re-enforced with an additional four copper rivets on the pouch. On the reverse it is stamped by the manufacturer ‘AS Dawson & Son Ltd’ and dated ‘1916’. It measures 6" x 4 ¼”. The price includes UK delivery. Sn 15023
£245.00 ...Read full description
CategoryAccessories
SubcategoryOther Accessories
ConditionUsed
Price£ 245
Sale typeTrade
Manufactured Year1916
Your reference15023
Recommended UsageCollection item