Advice Rifles
Gun Dealers Gun Shops Shooting Grounds Shooting Accessories Antiques/Militaria Shooting Instructors Gun Repair
All service types >
Business types
Regions
Favourite ads
Last viewed
Saved searches
Last searches
Ads that you mark as favourite will be shown here.
Come back here to remember your latest viewed ads.
When you browse ads, the searches that got you there will show up here.
Your saved searches will show up here.
Home / Community home / Advice / 10 Celebrities who love to go ...
Be a contributor
Advice

10 Celebrities who love to go shooting

We all know how enjoyable shooting is as a hobby; it combines skill, focus, community and freedom together to create an environment that rubs off on anyone. Whilst thousands of regular citizens like us take part in shooting every week, there are plenty of famous faces who have caught the bug too. You’ll be pretty surprised at some of the celebrities who have been seen down at a shooting estate somewhere in the world. We’ve got ten of the biggest names to have picked up a firearm for you to look through - proving that shooting is a hobby that interests people from all areas of work. It’s not a bad way to help you feel more connected to the celebrity world either... 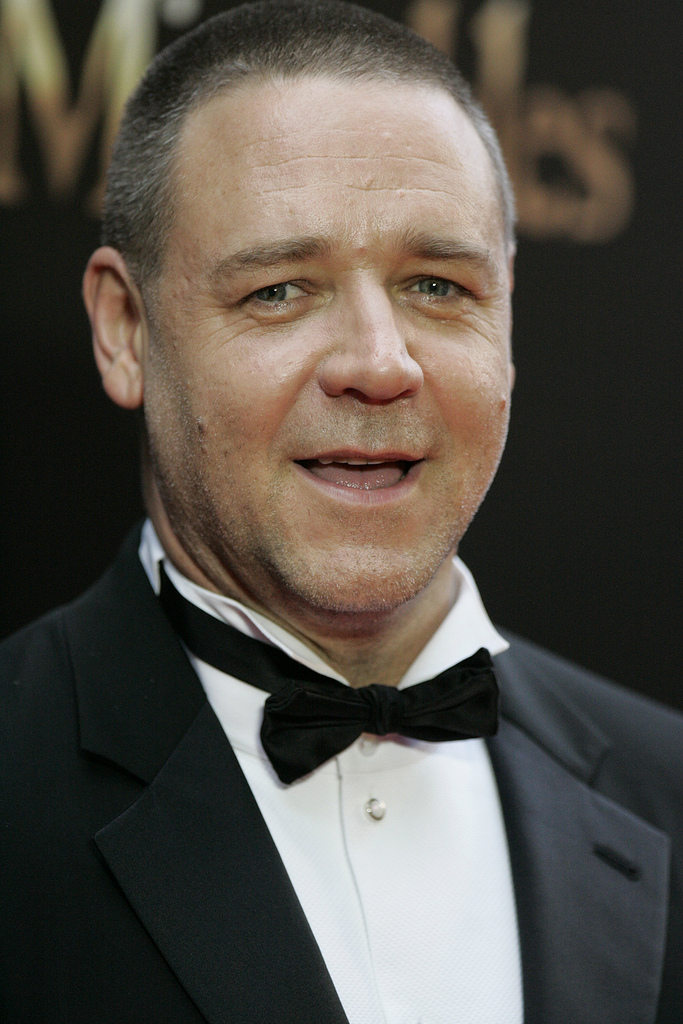 The New Zealand movie star is well-known for his big roles in The Mummy, Les Miserables, Gladiator and many more, but he can also handle himself on the range. Crowe posted a video just over a month ago which showed him taking down four clays in quick succession out in the open field. The 54-year-old certainly looked like he’s got some talent, focusing down the barrel and eliminating two rounds. Crowe is a very keen shooter and regularly practices in his spare time whenever he gets the chance, so his weapon skills are not just for the silver screen! 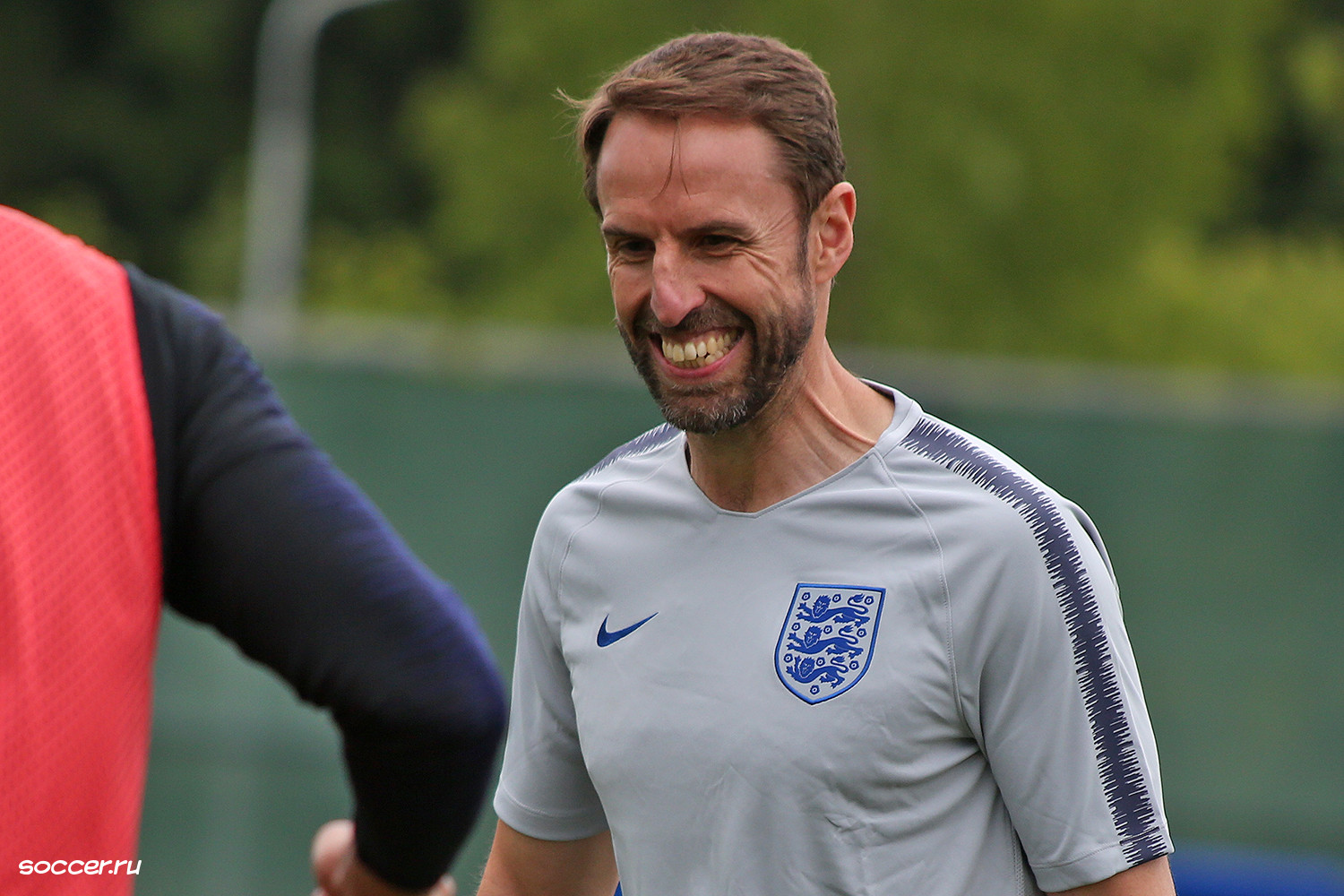 With the near success of England’s football team at the most recent World Cup just a few months ago, the nation has put a lot of confidence in Gareth Southgate and what he can do for the country. He was praised for his alternative approach to team bonding - doing worth with NFL coaches and even The Royal Navy in order to learn a thing or two.

During a recent piece by The Times on Southgate, they also revealed that he loves to spend a lot of time clay pigeon shooting at his local ground in North Yorkshire suggesting that he is ‘Always on target, even away from the field’. Here’s proof that this wonderful sport is beneficial to some of the most respected people in the UK. 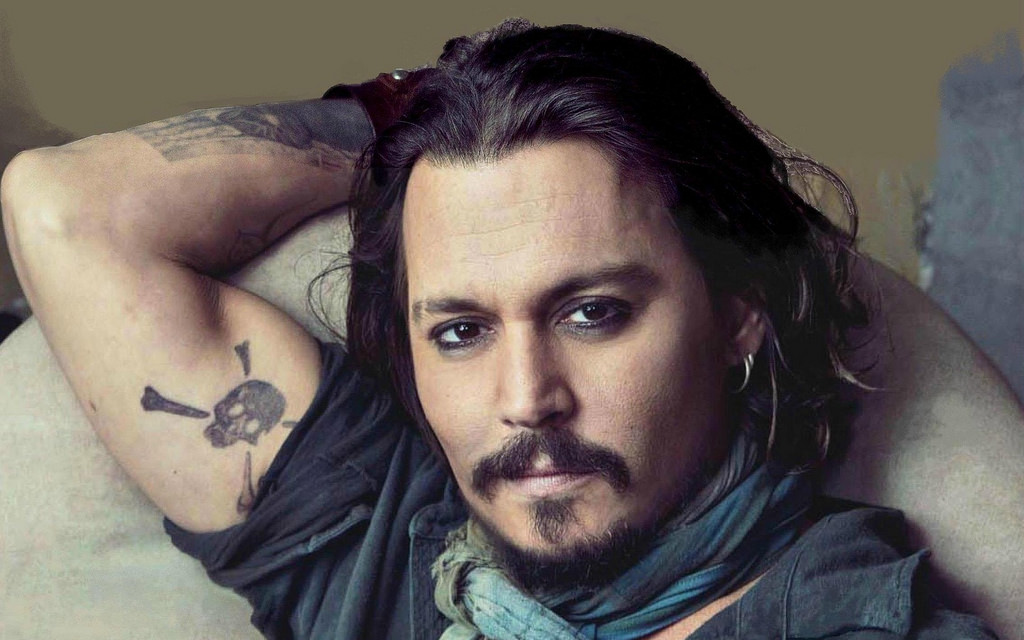 Despite his lead role as Flintlock-wielding Captain Jack Sparrow in the Pirates of the Caribbean film franchise, Johnny Depp doesn’t necessarily come across as the shooting type. He never says much about his personal life and especially his love of shooting, but it has in fact always been something of a tradition in his family. On the odd occasion, Depp will talk about how his parents would let him line up old cans and other targets as a kid and have a go at shooting them. They’d use a variety of different firearms and unlike many Americans, Depp just simply loves the thrill of target shooting as a pastime, rather than for protection. He talks of how he looks forward to taking how own children out for some target practice to introduce them to this wonderful hobby. 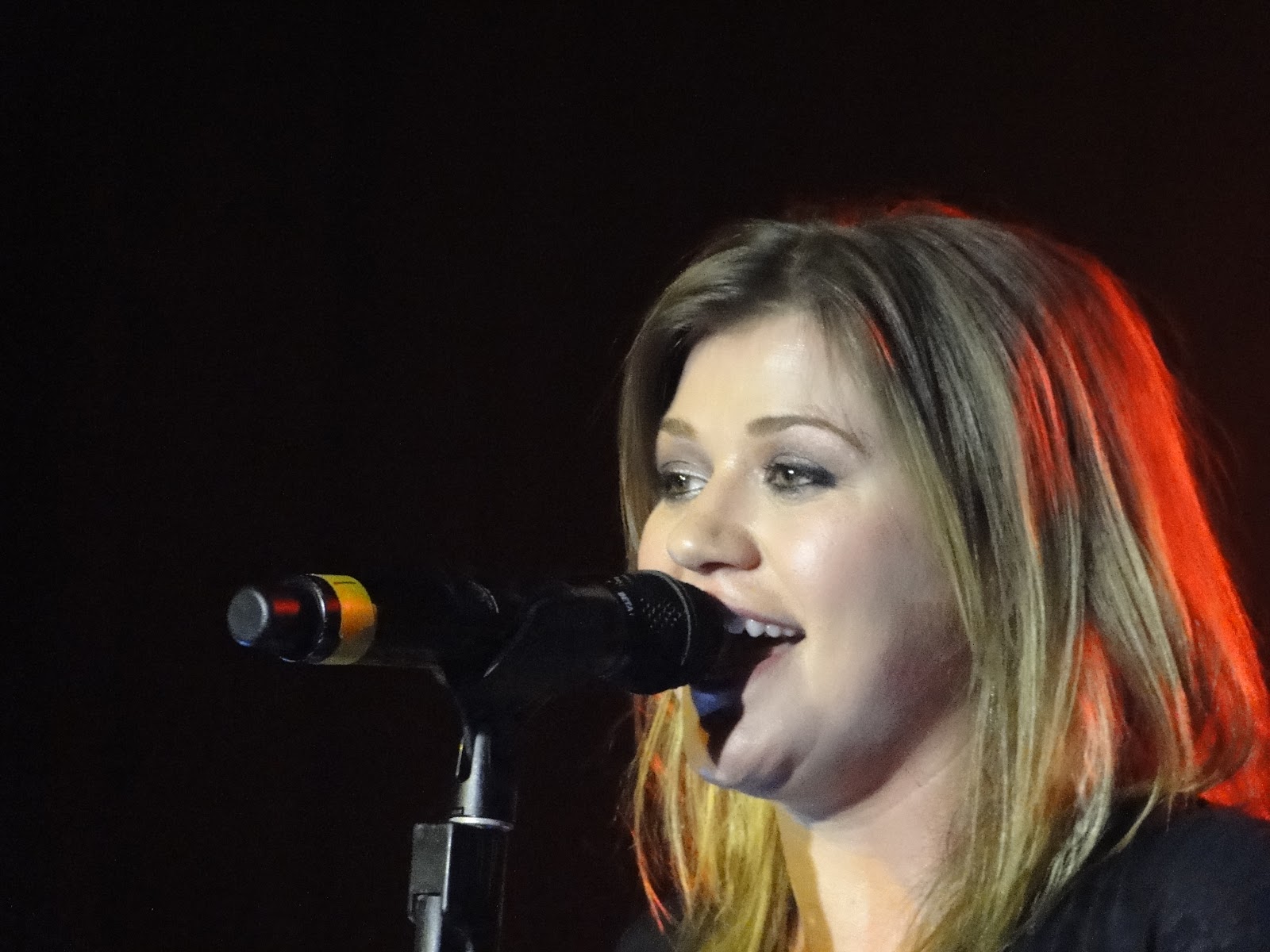 Kelly Clarkson is a woman who understands the need for the best of both worlds. Although she is very open about her ownership of guns - she has a license for at least nine firearms in fact - Clarkson is also a strong campaigner for safer gun laws and better ownership regulations. The singer was recently asked to lead a minute’s silence at an awards night for the Texas high school massacre in May but instead chose to talk about the tragedy for the allotted time suggesting that we ‘take action rather than silence’. She understands the need for guns enjoys owning them but also feels very strongly about who has access to them and where they should be allowed. 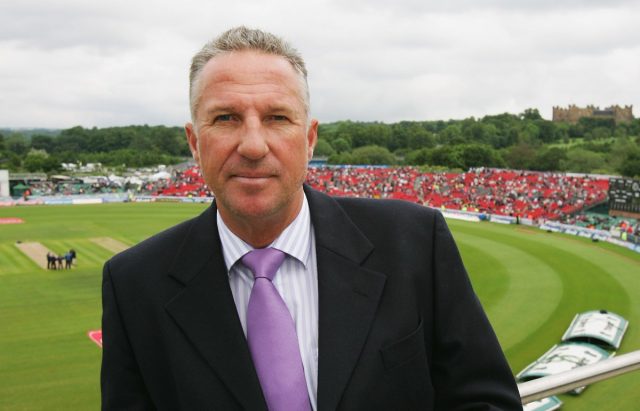 Sir Ian Botham is a man of many talents. A spectacular cricketer. Talented footballer - and country enthusiast. He loves to fish and has even had his own television show for it. Shooting is another hobby that’s very close to his heart. Botham actually owns his very own grouse moor in North Yorkshire so it’s something he loves very dearly. He has taken part in game shooting for many years and is a huge ambassador for the sport, often teaming up with big shooting magazines to promote game shooting. He’s even had the confidence to take on the BBC and RSPB in a big dispute about anti-shooting. There’s no greater celebrity poster boy for shooting than Sir Ian. 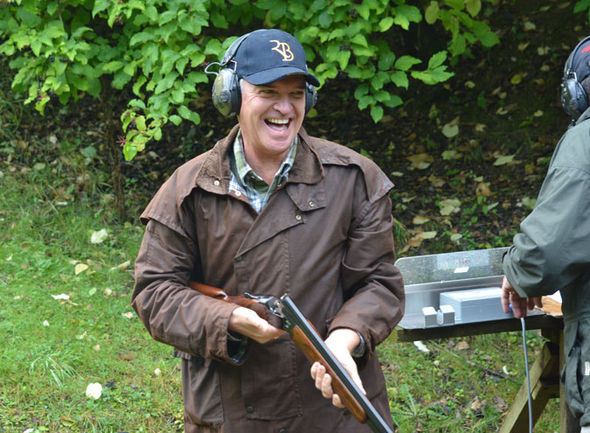 Phillip Schofield has been a patron for the Shooting Star Chase children’s hospice charity for almost two decades and in an attempt to raise a ton of money for them, hosted a clay pigeon shoot for a group of his celebrity friends. There were many famous faces attending as Schofield arranged the day at the Royal Berkshire Shooting School. Everyone picked up a rifle and lots of first timers thoroughly enjoyed having a shot at some clays. We wonder if we’ll see Schofield take up shooting as a permanent hobby of his own sometime soon... 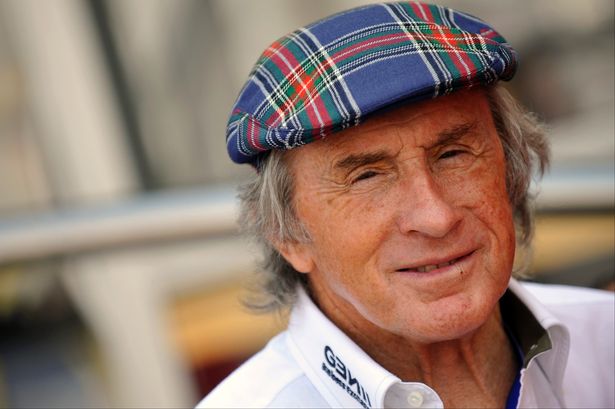 Three-time F1 World Champion Jackie Stewart still devotes so much of his time to the motor racing circuit as he helps to improve the popularity and safety of the sport that made him such a star. However, pretty much whenever he isn’t giving service to the sport, he’ll be out in the field on a game shoot. Stewart simply loves shooting, it’s something he’s done for so much of his life, and he’s actually pretty talented - he often used to take part in high-calibre competitions. He still owns a variety of shotguns and goes out with his two sons to shoot too. When he was just a child, Sir Jackie struggled with school and much preferred doing the hands-on work. Because of this, many of his teen years were spent out on Loch Lomond, deer stalking and gamekeeping. Jackie is a huge ambassador for country pursuits. 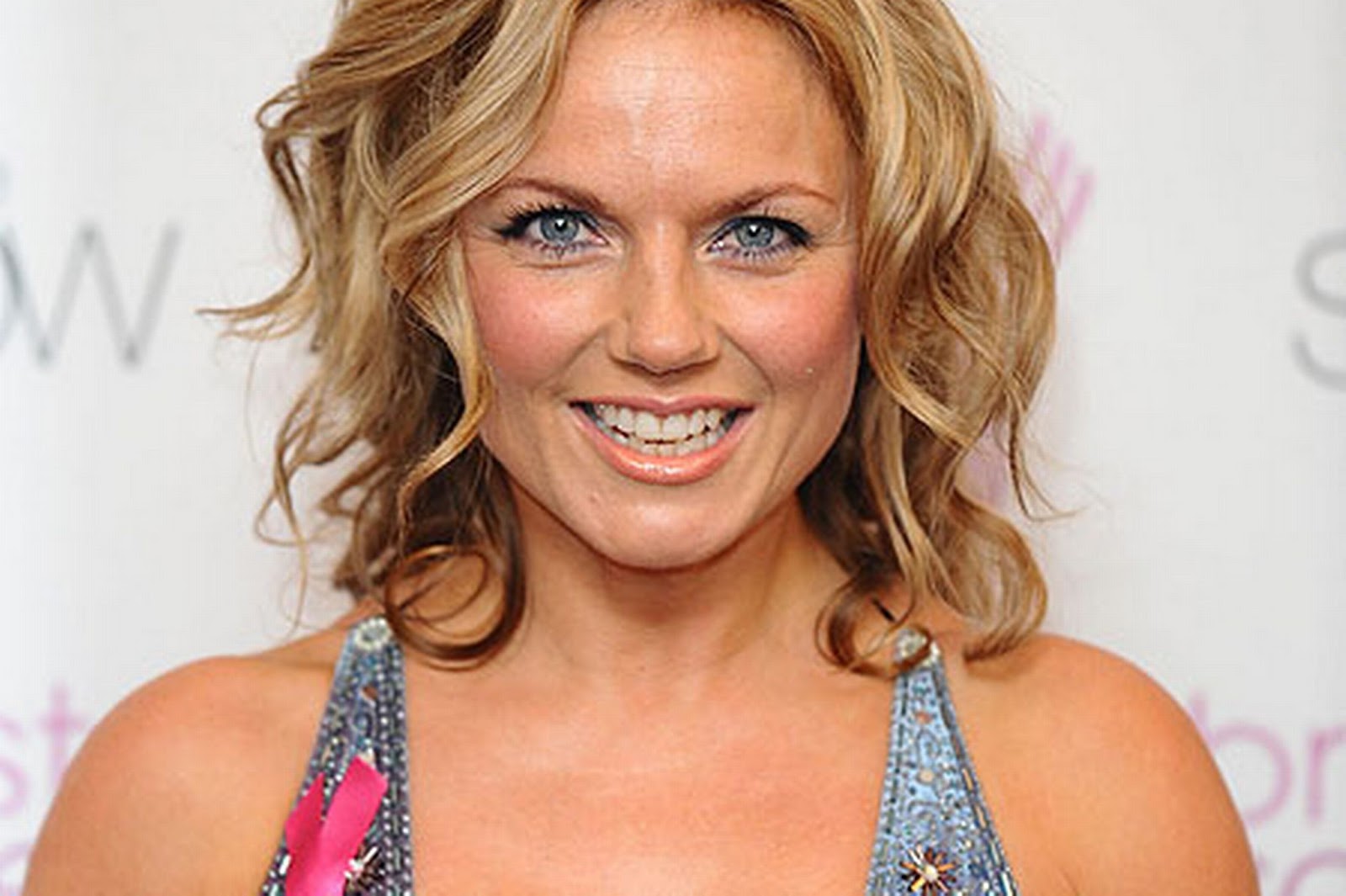 The ‘Ginger Spice’ has moved to the country since marrying Red Bull F1 Boss Christian Horner and has started to immerse herself within the country culture. Halliwell recently attended a charity shoot day at one of the UK’s top shooting grounds; E.J Churchill, and described how much enjoyment she had on the clay stands in a beautiful setting. She looked to be having a lot of fun and we’re sure we’ll see Geri picking up the shotgun a lot more often as she continues to thrive in the countryside. 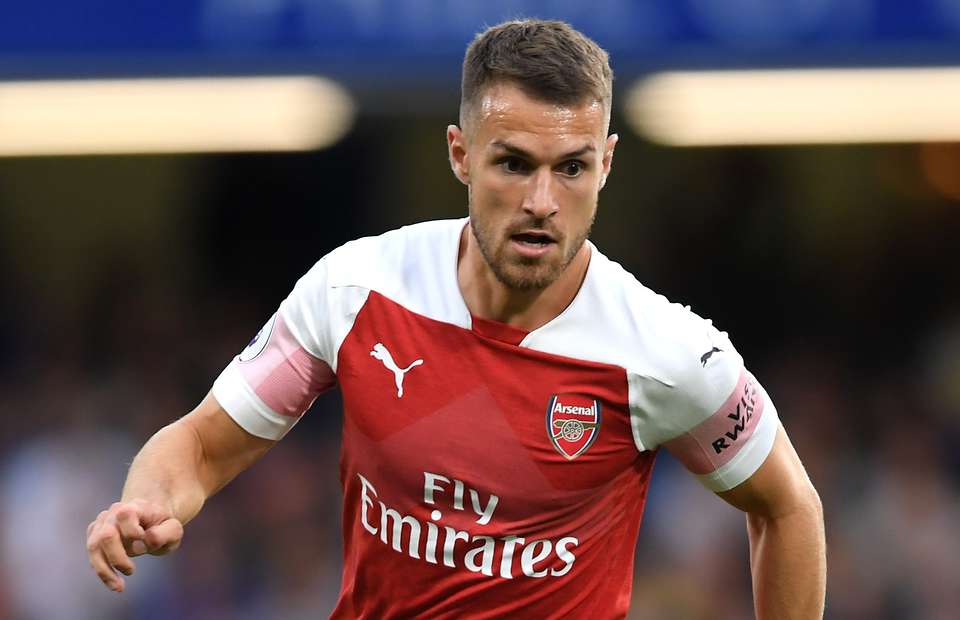 The Welsh football star is a hot shot on the football pitch, but he also fancies himself as a target shooter in his spare time. During a long injury spell at the start of the 2016/17 premier league season, Ramsey had plenty of time to try out another sport or two. He chose clay pigeon shooting for much of this and even posted a video on his social media of him taking part in a few rounds for his brother’s birthday. The Arsenal midfielder was born in a country rich with green land and shooting estates, so it’s the perfect place for him to practice his skills. Perhaps when he’s hung up his boots for the final time, shooting will be the hobby of choice for the footballer. 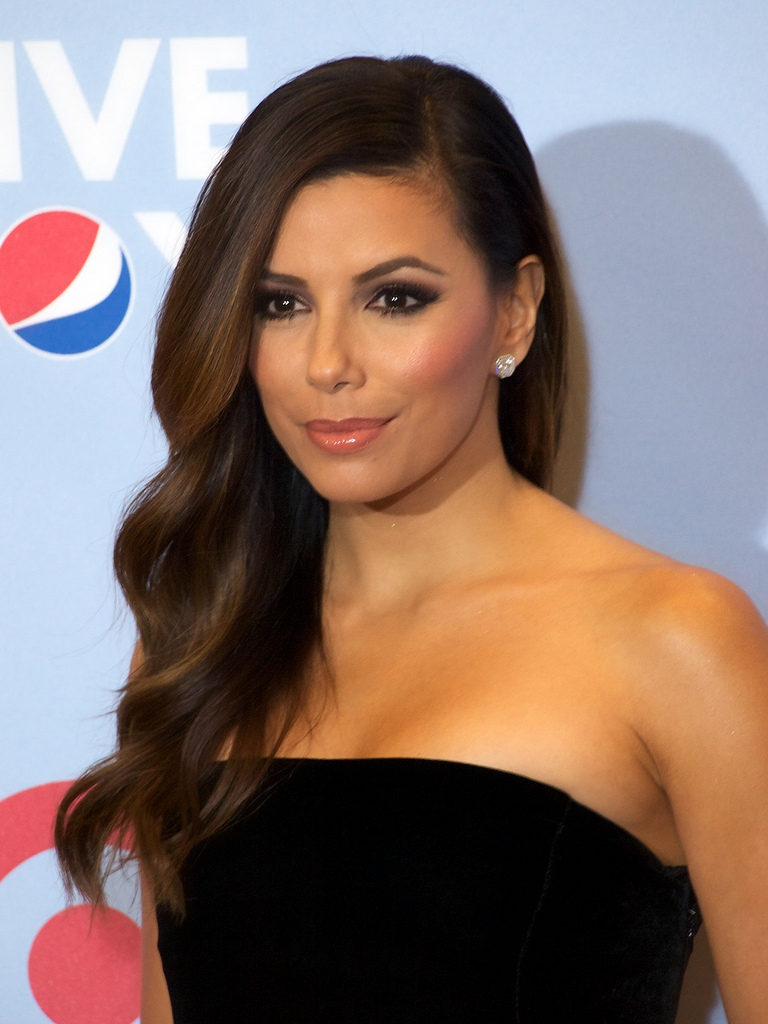 “I’m a tomboy. I love shooting guns and running around.” Those are the words of American actress and all-round beauty Eva Longoria, who’s practising at targets since she was six years old. Longoria is a ranch girl who grew up around cattle, horses and the ‘cowgirl’ lifestyle. Don’t worry though, she isn’t some lunatic who just wields a weapon about the place, her father spent many years teaching her about the dangers and the thrills of using a firearm, sho she’s grown up to respect guns and use them with respect. She often campaigns for safer gun laws and strongly believes that more should be done to make sure they don’t end up in the wrong hands. Michael Douglas once said, “It was humiliating, she shoots better than 90% of police officers out there.” Watch Out...