Airgun Review: The Artemis P15
Big Trouble From Little China - Artemis P15     My son has been driving me up the wall over the past couple of months as he insists on going vermin hunting with the Bullpup r...
Read more
Home / Community home / Advice / 5 Incredible gunmakers you did...
Be a contributor
Advice

Hey guys, welcome to The Gun Shop with me Johnny and today we're going to be looking at the top five gunmakers you didn't know existed.

And we’re going to start in England with A.A Brown. Brown makes a gun called The Supreme Deluxe sidelock - a fully made English gun for £55,000, which although seems a lot is actually relatively reasonable by comparison for its quality, its build and the price. 55 is obviously the start point and that will go up and up and up depending on how much engraving and stuff you put upon it. Obviously fully custom guns are available and they're available from 12 all the way down to 28. The other thing Brown does is the Brown Beretta. The Brown Beretta is where they take a EELL or EELL-class gun, that's a jubilee a classic and they Brown it essentially. That doesn't mean browning the barrels, but they take it, they make the stock Dimensions or the stock line just that little bit sweeter. They re-checker it the checkering runs all the way up to the top of the grip and actually has conjoining points. That's really very nice. And then essentially what they do is they finish it. They put a London finish on it, they change the forend into a London style forend and they take what is a fairly standard gun and they create something that is (Mwah!).

They've got various levels of this. There's a standard low one which is about £3,000 and a standard higher one which is about £6,000 and is it worth it? Yeah, of course it is because you're taking a stock gun and you're customizing it to make it much more beautiful and hand-finished and that counts for a lot.

Brown is currently developing The model 8 - the 8 referencing the over-and-under style look of the barrels. It looks like it's going to be something special. However, keep your eyes on them for that. 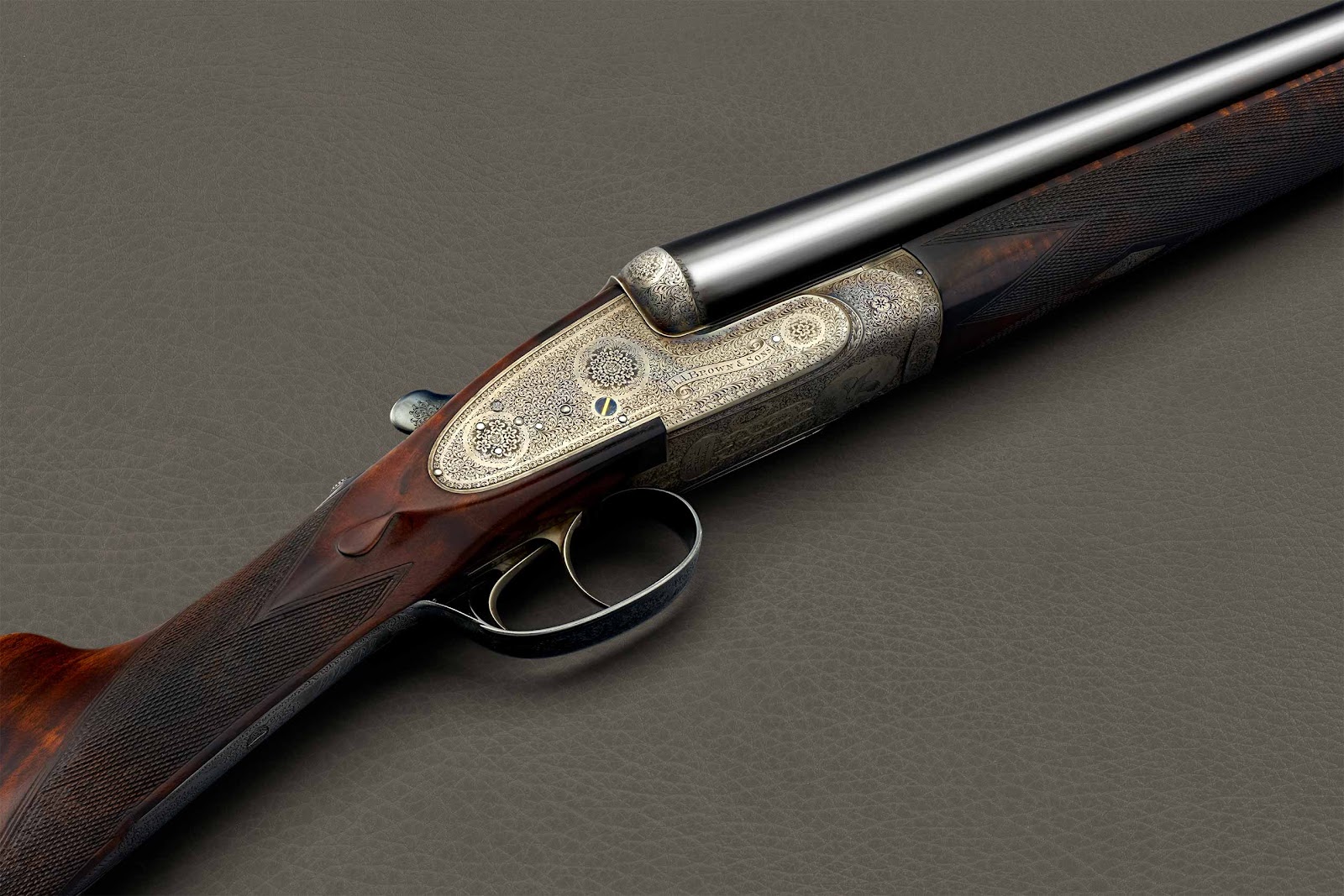 Number two, we're going to go to Austria where there's a company called Johann Fanzoj. Johann Fanzoj create some of the most beautiful rifles and shotguns out there. My favourites of which are really difficult to choose because they do this little Kipplauf, this little single shot. They do that in stunning wood and engraved and they also do a carbon fibre edition, you know, It's really hard to pick which gun you like the most from all these people because everything they build is stunning. The one that you really would’ve probably seen before it's called The Great Migration and as you can see, it's an absolute stunner. The other one to keep your eyes on with them is a four-barreled combination gun, but seriously guys everything from Fanzoj is pretty spectacular. 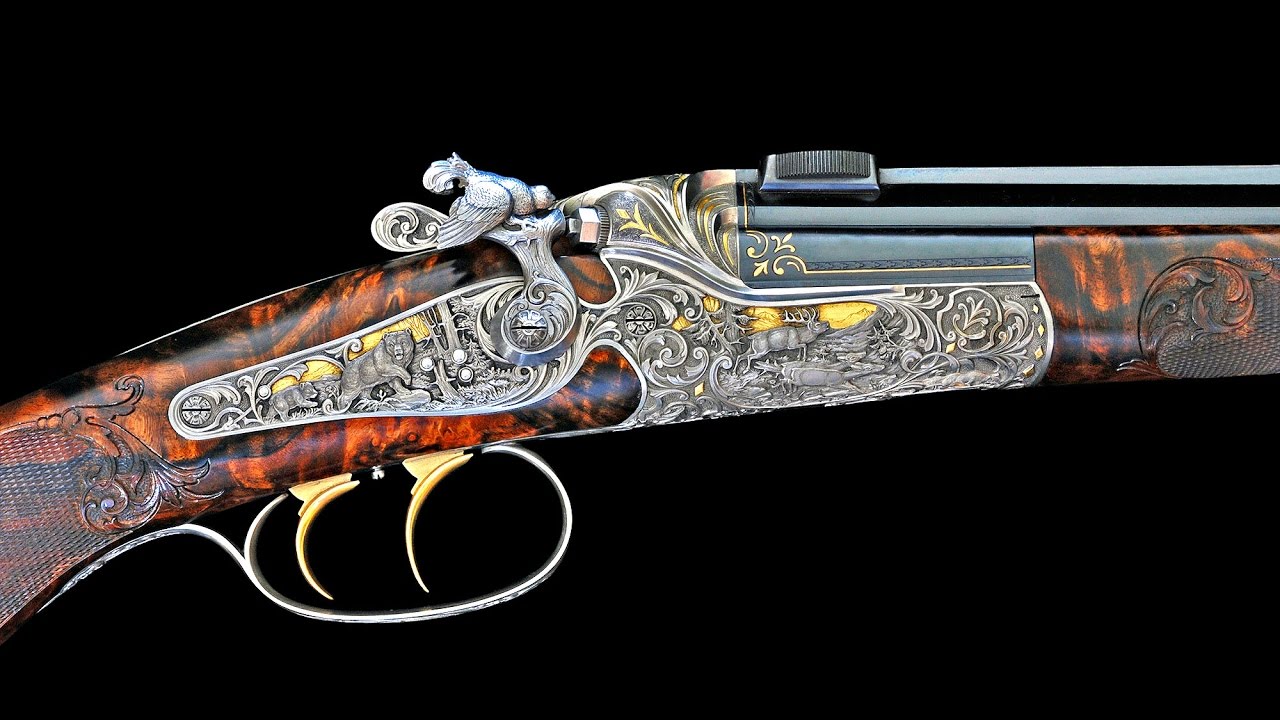 Next is a company called Armi Cortesi. It was set up by a guy called Giuseppe Cortesi and is now run by his son and grandson and boy - wow. Although perhaps not the producer of the most beautiful guns in comparison to some of things we have seen and will see, they produce some real fantastic things.

They produce a sidelock over and under self-opening side lever. I mean that in itself is amazing. However, You have to look at their products and tell me what you think.

Number four and we’re back in Austria for Peter Hofer. Peter Hofer guns create some of the most beautiful and yet technologically advanced guns out there today. Not only does he make guns that just look different; almost everything is unique. They made a doubled rifle in 17 HMR, they made a 26-pound heavy four-bore stopping rifle, which is a four-borel short barrel, double-barrel rifle. Before the invention of nitro guns this was the thing.

Apart from this amazing technology they make double guns with little 17 HMR’s going through the middle so they have a separate extractor for that with two ejectors, you know, they’re technically beautiful. If you look past the outside which is amazing, the technology they use just to build and the innovation that goes into building their guns is amazing - period. One of the things that’s definitely worth mentioning is they do a gun with a see-through lock plate. So like a watch you can actually see your locks in motion. They also do guns, in fact that very gun, has a GPS tracker so you can track where you take your shots, where you've been, everything if you're gun gets stolen it's got a GPS tracker built into it - I mean just wow. Wow.

Number five we're back in Italy for Piotti guns. You will have heard of Piotti Fineart Gunmakers. They employee 14 gunmakers and they produce mechanical and artistic masterpieces in the same thing. My favourite is hard to choose but the Serpentine Side lever is particularly special. That said they do a Piotti Benelli with a fully customized Benelli action and they do this top lever ejector hammer gun, which again is just special in itself.

Finally, we're going to chuck a wildcard in there. Mostly because I feel like you should’ve heard of this company. Abbiatico and Salvinelli. Or FAMARS, as you might know them. This little wildcard is for those of you who don't know who they are and I'll just bring it to your attention. I didn't feel like it deserved to be in the top five purely based on the fact that a lot of people will have heard of this over the others.

So FAMARS - masters of the Bulino engraving. Some of the most beautiful and stunning engravings in the world is done upon their guns. Just every single Abbiatico  and Salvinelli is handmade in a very traditional style. There's a lot of soul and art that goes into their guns. Everything is hand carved, all the engraving is hand done. And like I said they are unbelievably beautiful things but with a special focus on Bulino engraving which is a personal favourite of mine. 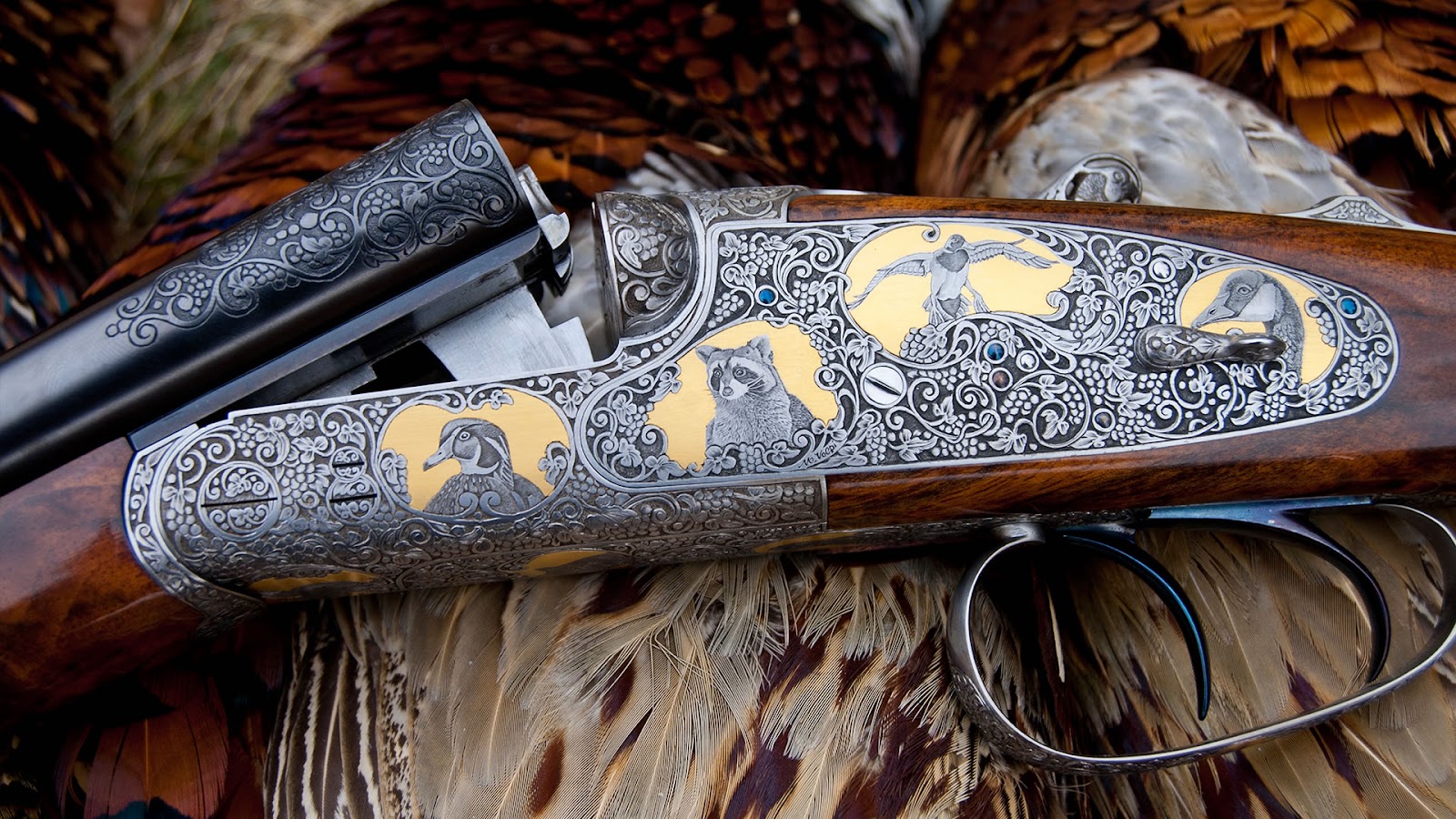 Guys, thank you very much for watching this. I hope you’ve enjoyed and I hope you’ve learned something new and for sure you'll have seen some guns that will change your life - just amazing. Take care. Goodbye, and we'll see you next time.

By Jonathan Young    2020-07-01
The competition for the best airgun calibre seems to be a never-ending debate - Jonathan Young explains what makes each pellet different, and the results you'd expect to achieve from each one.
Featured

By Roy McNally    2020-06-29
Roy McNally talks you through the 3 guns he'll always have in his cabinet, and the 3 he'll probably only ever need. This 'Holy Trinity' of firearms will enable you to complete any task you require...
Featured

The Best .22 LR's on the UK second-hand market

By Martin Potgieter    2020-06-24
I'd like to share some .22 LR options that you might want to consider, all of which can be found on the second-hand market right here in the UK. All the rifles I mention, I would have personally owned...
Newsletter
Follow us on
Share
Search thousands of ads on the UK's top firearms classifieds site. You won't be disappointed.
on gunstar:
Home | Contact Us | Terms & Conditions | Testimonials | About Us | Sitemap | Help | Twitter | Facebook | privacy policy | the price generator | Scams | mobile site
©2020 gunstar.co.uk - all rights reserved - a member of the Friday-Ad network  |  dev (((:))) Memória Visual