Advice Rifles
Gun Dealers Gun Shops Shooting Grounds Shooting Accessories Antiques/Militaria Shooting Instructors Gun Repair
All service types >
Business types
Regions
Favourite ads
Last viewed
Saved searches
Last searches
Ads that you mark as favourite will be shown here.
Come back here to remember your latest viewed ads.
When you browse ads, the searches that got you there will show up here.
Your saved searches will show up here.
Home / Community home / Advice / Hunting with Airguns: A Beginn...
Be a contributor
Advice

Hunting with Airguns: A Beginners Guide

Airgun hunting and pest control have always been a contentious issue and the airgun community remains divided on the effective use of airguns for hunting. Certainly, bushcrafters and survivalists would argue that the airgun has a worthy place in the survival or bug out bag. 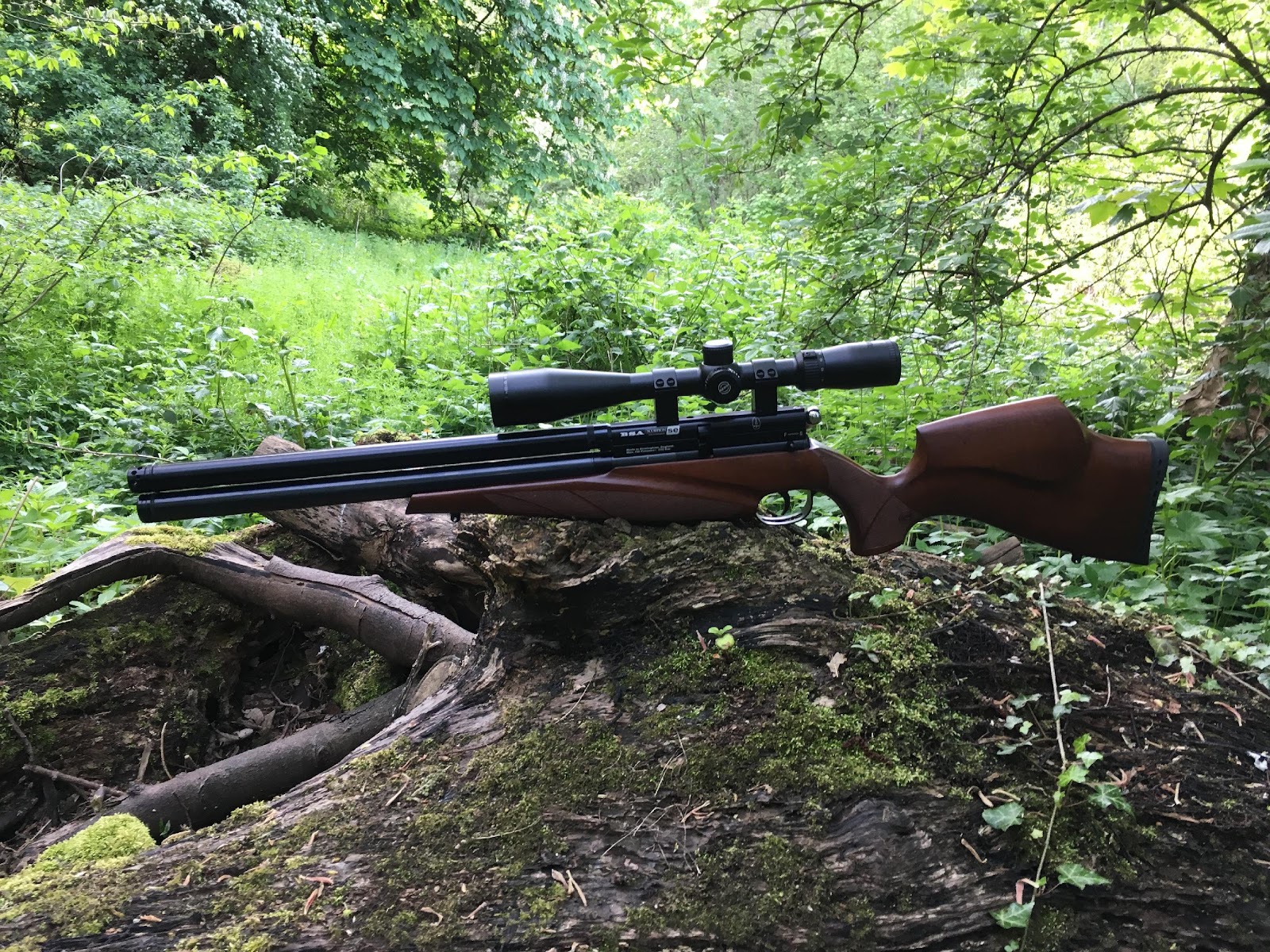 The anti-gun lobbyist would argue the airgun or any firearm for that matter has no place in modern society, whilst continuing to point out the guns original purpose; for warfare, violence and links to crime. It’s because of the negative association and publicity that air gun controls have become more stringent.

I believe airguns have a purpose in target shooting, small game hunting and pest control. Occasionally one man's pest becomes another man's food and an airgun can be used to provide a regular supply of fresh meat for the pot. A survivalist would also argue the airgun can also be used to provide skins, feathers and fur, But I can't remember the last time I kept the fur or feathers, or found a use for them.

The fundamentals of airgun use can be acquired within a few hours, and the basic safe working application honed within a few days. Many airgun users have acquired their skills over many years of trial and error, whilst some have compiled a vast amount of air gun knowledge through fellow shooters in airgun clubs, on internet forums and at shooting expeditions. Nevertheless, becoming an expert airgun shooter is near impossible, and if you ask anyone that’s been shooting for decades, they’ll tell you there’s something new to be learned every day.

I've been shooting airguns off and on for just over twenty-five years, and it's not been a journey without ridicule or criticism, but it's all been part of the learning process that’s made my chosen hobby all the more worthwhile. For many years of my life I participated in a lot of target shooting, and this wasn’t by choice, it was because I was unable to find a suitable permission to shoot on. I spent most of my early shooting life visiting various gun clubs, participating in shotgun clay pigeon shooting, rimfire and centerfire, long rifle target shooting and silhouette shooting. I also occasionally shot big bore rifles. Until I eventually settled into airgun benchrest shooting. 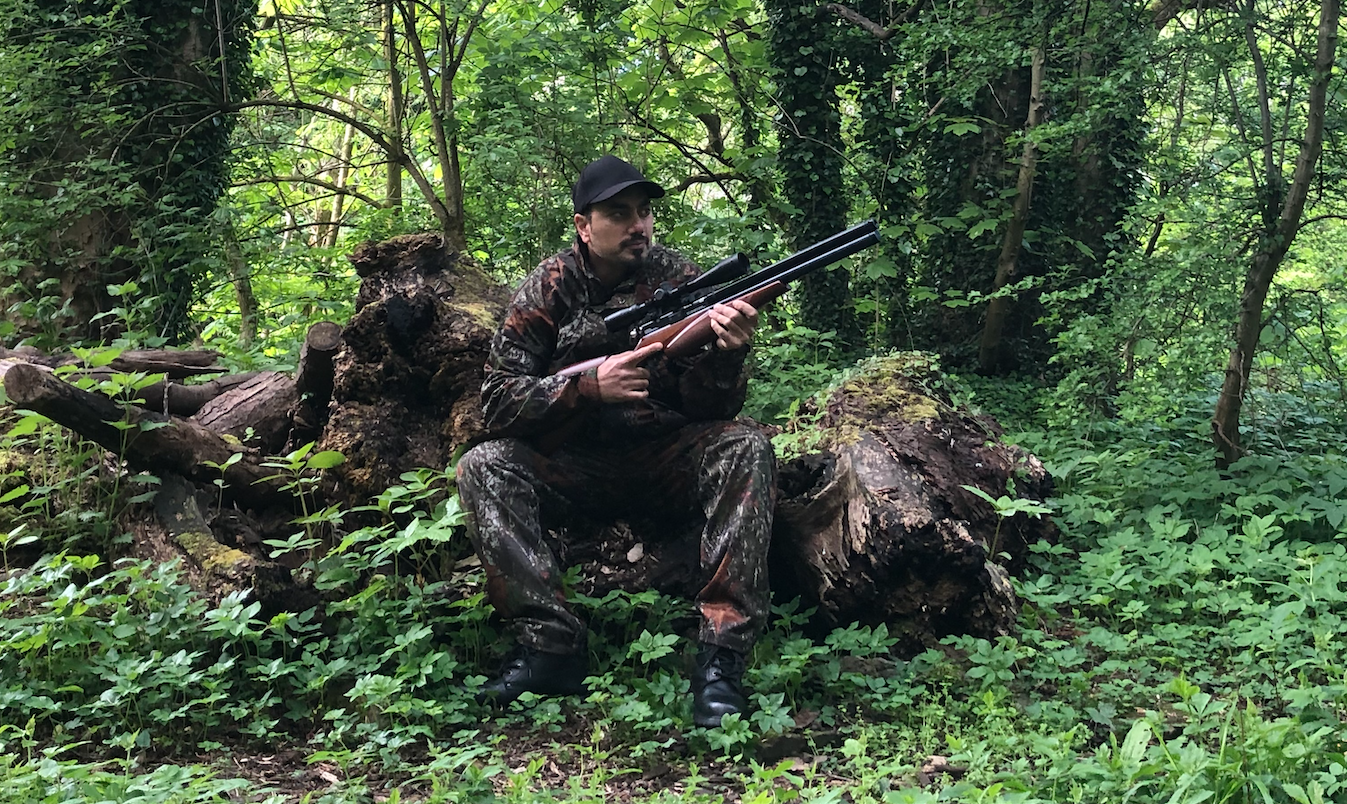 I find airgun shooting is a lot more relaxed now, as I very rarely compete against others. I can pick up an air gun and take it out to my own private property and shooting range, where I can spend the best part of the day evaluating an air rifle, an air pistol, some other air gun related equipment or pellets, whilst listening to song birds and watching the deer hop by. My heavenly retreat also gives me access to rabbits, hare and wood pigeon, which I occasionally take for the pot. I no longer practice pest control, so that means whatever I shoot I eat, and nothing is wasted.

My children join me on shooting trips and they too have become avid airgun shooters. Airgun shooting has given me the opportunity to pass on skills to my children that could in time be forgotten, skills that have been passed down through generations to me, skills that will continue to be passed down as long as there’s a legal opportunity to do so. Skills that include basic fire lighting, foraging, stalking, tracking, concealment, camouflage, patience and knowledge of the game. I feel these skills are all the more important to have when it comes to hunting with an air gun, in particular Sub 12 Ft/Lbs air rifles, that restrict the suitable hunting range, a skilful, knowledgeable air rifle hunter knows he/she must get to within a suitable range to take his/her prey, the success of the hunt depends on it. I hope the skills my children are gaining today will be passed on for generations to come.

Another advantage of an airgun is the ease of which one can be obtained whereas the ownership of any firearm (as identified within the Violent Crimes Reduction Act 2006) requires the need to obtain a licence. Anyone can apply for a licence by filling out a form and paying the required fee, but not everyone can obtain a firearm. The form must be accompanied with character references and medical declarations from your doctor. A suitable storage safe will also be required and you must have permission (preferably in writing) to shoot over the land where you intend to use the firearm. Your local Firearms Enquiry Officer (FEO) will inspect the land to ensure it’s suitable for your chosen calibre. If this is just too much to get your head around then an air rifle is a good alternative. A legally permitted 12 ft/Lbs air rifle or 6 Ft/Lbs air pistol can be bought over the counter at your local Registered Firearms Dealer (RFD) and will be ready to take home within minutes of purchase. There’s no limit on the amount of ammunition you can have, and airgun ammunition is considerably cheaper than live ammunition or shotgun cartridges.

There are however a number of legal stipulations attached to owning an airgun, and these stipulations differ between owning an air rifle and owning an air pistol. Airguns cannot be purchased in the UK by persons under the age of 18, however anyone under the age of 18 years can borrow or receive one as a gift providing they’re 14 years or older. Anyone under the age of 14 years can still safely use an air gun, but must be supervised by an adult of at least 21 years of age. Anyone shooting an airgun must have permission to shoot over the land where the airgun is being used (preferably in writing). There are many other complex laws surrounding the use of airguns, and laws around the legal use of airguns for hunting. The law relating to all forms of shooting are complex, and it’s very important for anyone taking up air gun or firearm shooting to familiarise themselves with these laws to ensure they don’t break them. Information regarding the legal ownership and use of airguns can be found on the British Association for Shooting and Conservation (BASC) website and Airgun Code of Practice (http://www.basc.org.uk/en/codes-of-practice/air-rifles.cfm), as well as detailed within the VCR Act 2006.

Unfortunately, an airgun has the potential to cause serious injury and in some documented cases whilst an air gun has been in the wrong hands, an injury has led to death. Anti-airgun lobbyists have used and will likely continue to use these unfortunate events as the fuel to push their viewpoints. That being said, whilst the law permits the use of airguns, we the majority will continue to enjoy our airgun sports in a safe and controlled manner. We the majority will continue to reinforce good practice in an attempt to educate the irresponsible minority that plague us.

There are many types of airguns, the majority of air guns however come in two main forms. Spring piston driven or Pre-Charged Pneumatic. These air guns come in many different guises, but if you strip away the body the principal power plant and how they operate is not too dissimilar. 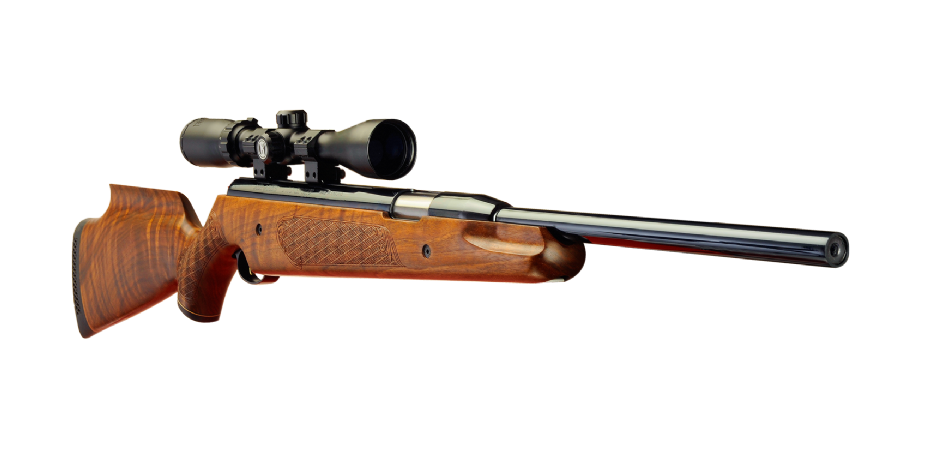 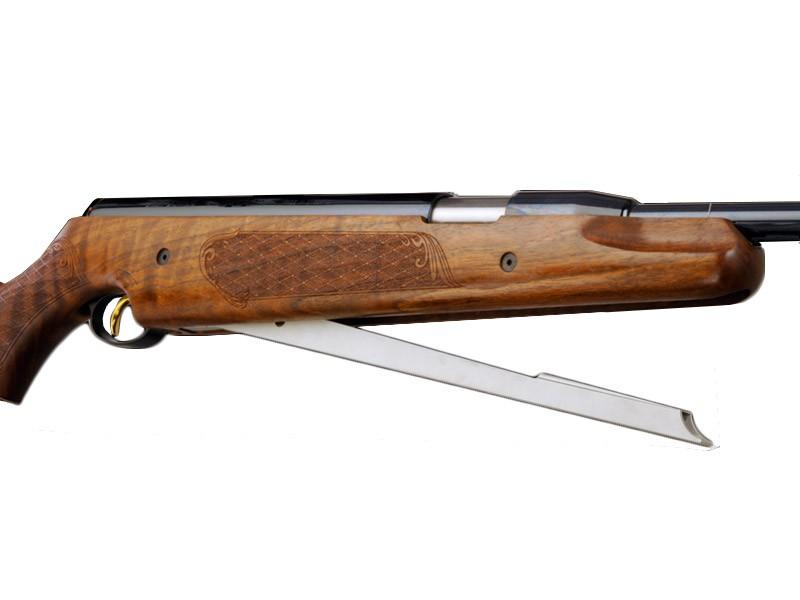 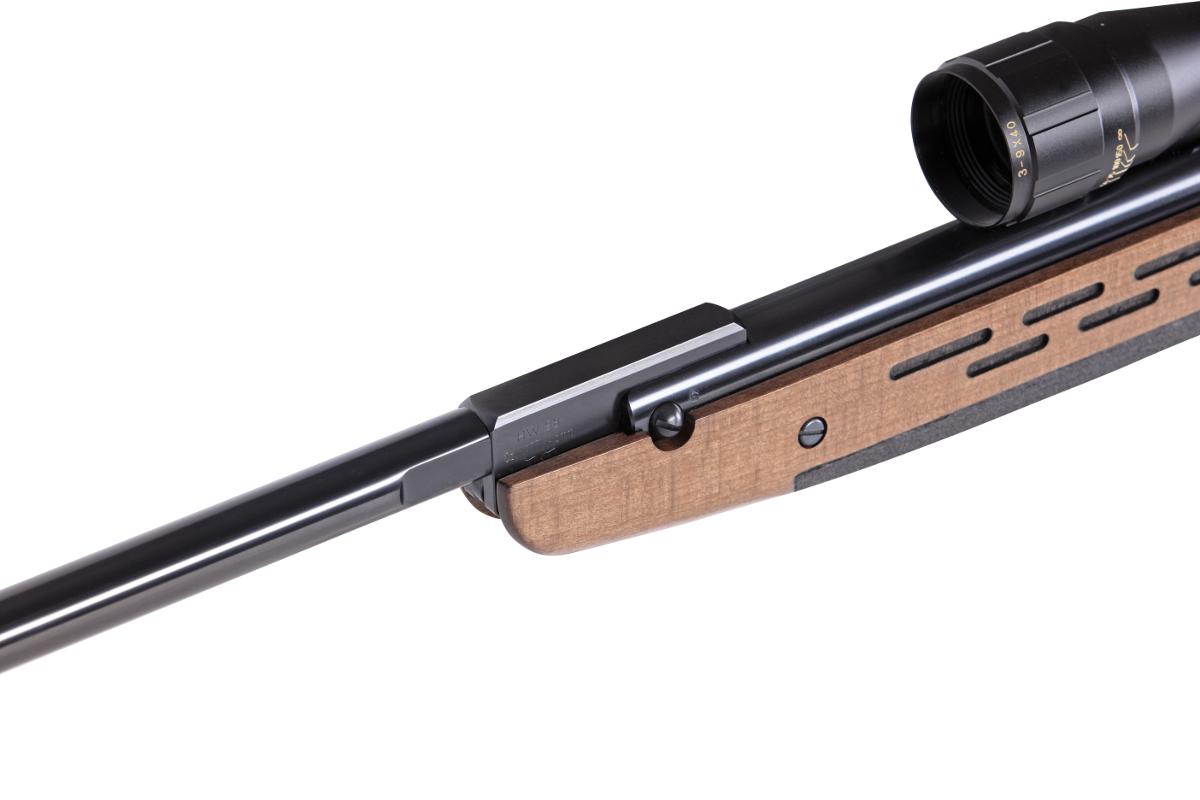 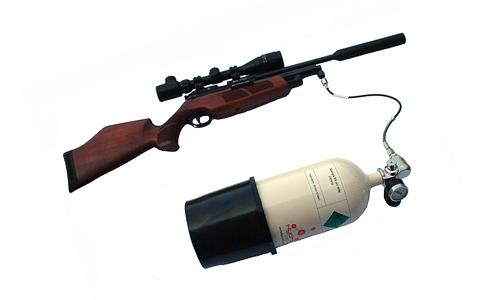 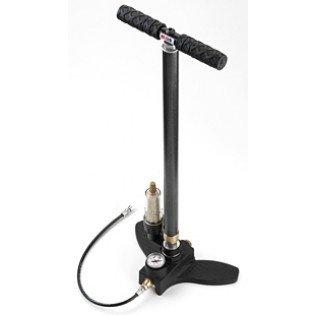 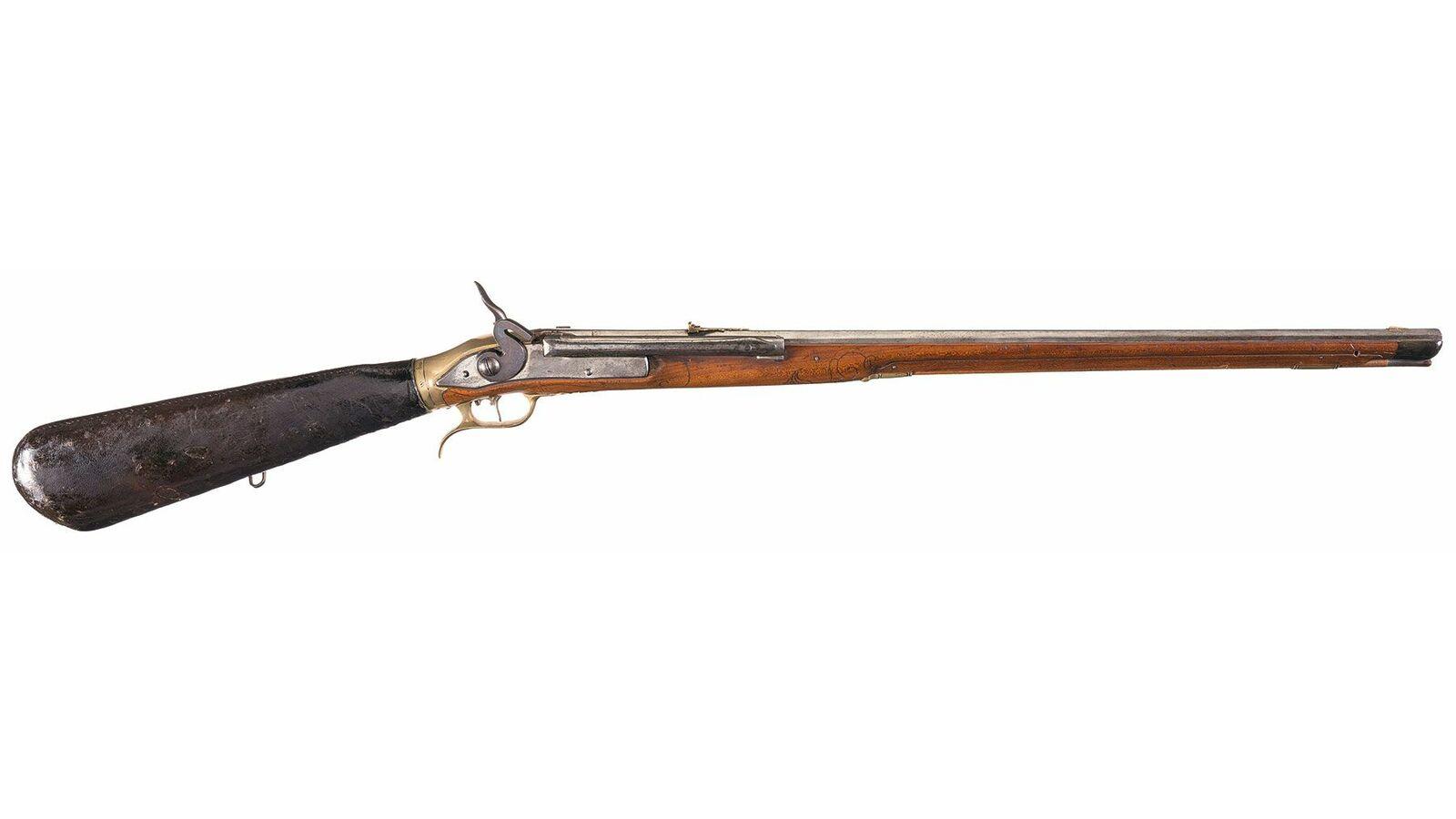 After choosing an airgun that’s right for you, one of the most troublesome questions you’ll ask yourself is which calibre to shoot with. The two main airgun calibres in the UK are .177 and .22, both are just as effective in the right hands.

Look out for the Pellet Power article that explores the intricacies of different pellet calibres, coming soon to GUNSTAR.CO.UK, also be sure to tune in for the full review of the BSA Scorpion SE pictured above.

If, like me, you do intend to use airguns for hunting, then familiarise yourself with the airgun general licence, but more importantly spend some time at your local shooting range. Take the time to work out how your rifle shoots and how Points Of Impact (POI) change over varying distances.

Above all shoot straight and shoot safe.