Airgun Review: The Artemis P15
Big Trouble From Little China - Artemis P15     My son has been driving me up the wall over the past couple of months as he insists on going vermin hunting with the Bullpup r...
Read more
Home / Community home / Advice / Most Popular Over & Under Shot...
Be a contributor
Advice · Shotguns

There are hundreds of different over/under shotguns on the market and it’s nearly impossible to sift through all of them to find the best. The over and under has slowly become the most popular choice for shotgun shooters over the last few decades, largely down to a reduced spread and increased accuracy in comparison to the classic side by side. All big shotgun manufacturers are building over and under’s nowadays, but there are also some quite unique and specialist companies that appear on the Gunstar site with some really nice models too.

Our ‘Top 10’ list here is a compilation of the most popular over/under shotguns on our listings from the past year. Searching aimlessly for the perfect shotgun often doesn’t produce great results, so reading our list will guarantee you one thing - the shooting community absolutely love these shotguns. These are the most viewed models from every user on Gunstar since January 1st 2020, right through until now. And if you’re trying to stick to a budget, we’ve featured some average price data for each entry so you can see which one best suits your desired spend!

There’s no wonder that this shotgun sits at the top of our list. Those who have managed to get their hands on one of these will have probably worked out that the ATA SP is nearly an exact replication of the Beretta Silver Pigeon. A review led by Gunmart.net concludes that the ATA version looks, feels and operates as a complete clone of the highly sought after Italian shotgun. The price of this Turkish remake is absolutely astonishing when you think about how much you’d have to fork out to buy the Beretta. There are some people who are attached to brand names and simply have to get the Beretta as a show of status, but if you can put that urge aside, you can save £1000’s with the ATA. The only real differences are a cheaper finish on the stock and an adapted forend but that’s just about it.

The ATA SP even has a 1-up on the Silver Pigeon; an adjustable stock to help customise your shot!

You can find a selection of ATA 686 SP available on our site here. 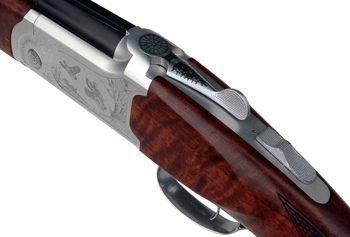 Another Turkish-made shotgun on the list! This one is a little different and was made to help younger shooters get into the sport. As you can see it operates with .410 calibre cartridges which just means it’s a less powerful model for those who aren’t quite ready for a full-powered over/under. It’s really encouraging to see this one so high up on our list, as it shows that there are still new, young shooters that are keen to get started!

Yildiz still hasn’t cut back on their quality, however, and although the price of the SPZM is very good value, you still get a real quality feel from the wood of the stock and an expertly engraved game scene on the side plate. It’s the perfect shotgun to make any young shooter feel top of the range!

You can see a variety of SPZM’s on our site, including the full-size version too! 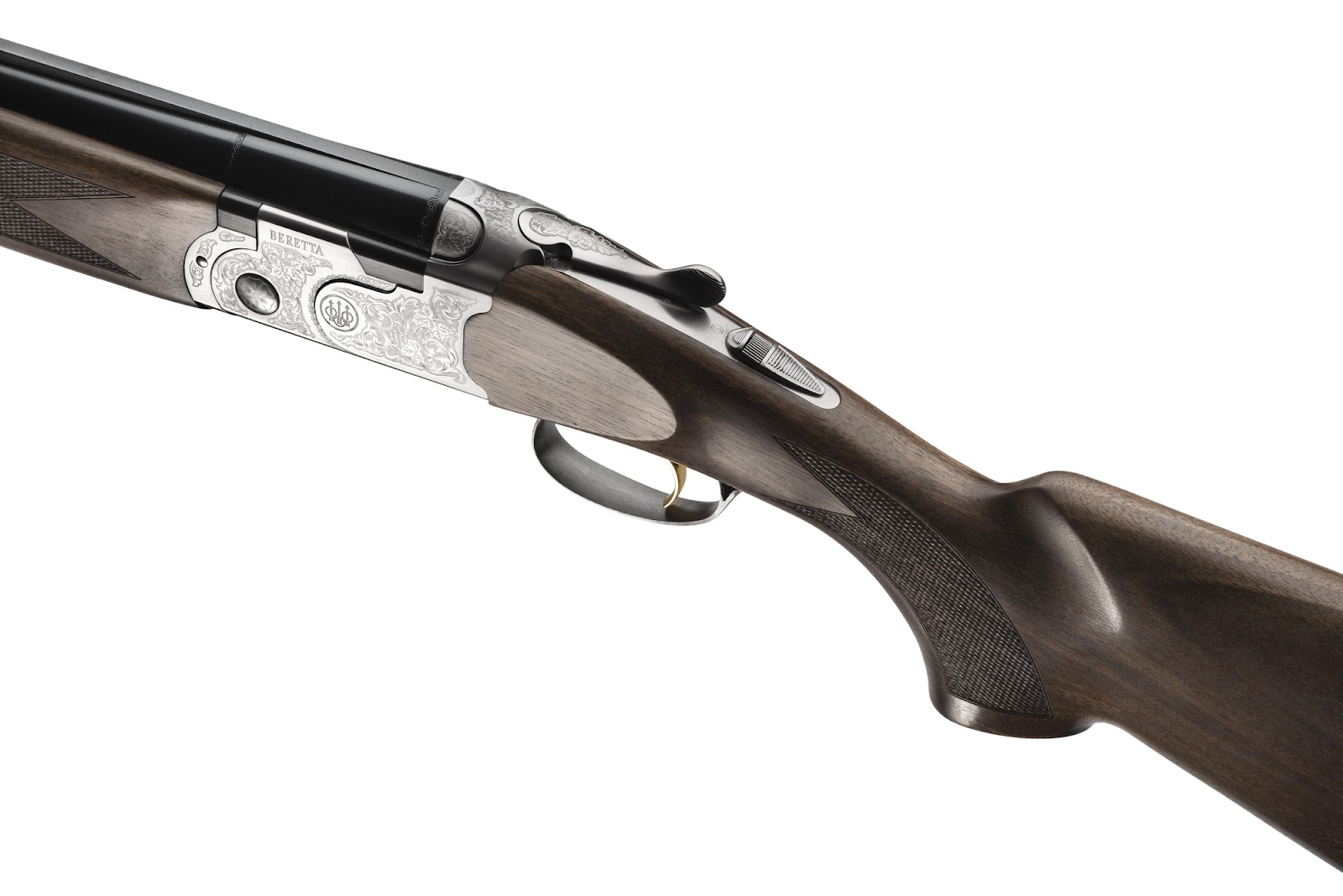 It’s not often that the remake is more popular than the original, but the Beretta 686 still sits very highly on our list! One of the most famous shotguns in history and is still in regular production today, around 70 years after the first release. There have been many updates to the Silver Pigeon over the years, but the latest evolution is an excellent enhancement of both appearance and performance.

An oil-finished walnut stock and improved checkering for better grip, you just get the feeling that every single element of the Silver Pigeon was thought about by experienced shooters. Just like cars - nothing says class like an Italian model - a Beretta is better…

Although the 686 isn’t cheap, the price is actually very surprising when you consider how established it is as both a brand and a model. Less than £2,000 for some of the finest engineering known to the shooting world… you certainly can’t complain!

There are plenty of Beretta Silver Pigeon’s live on our site! 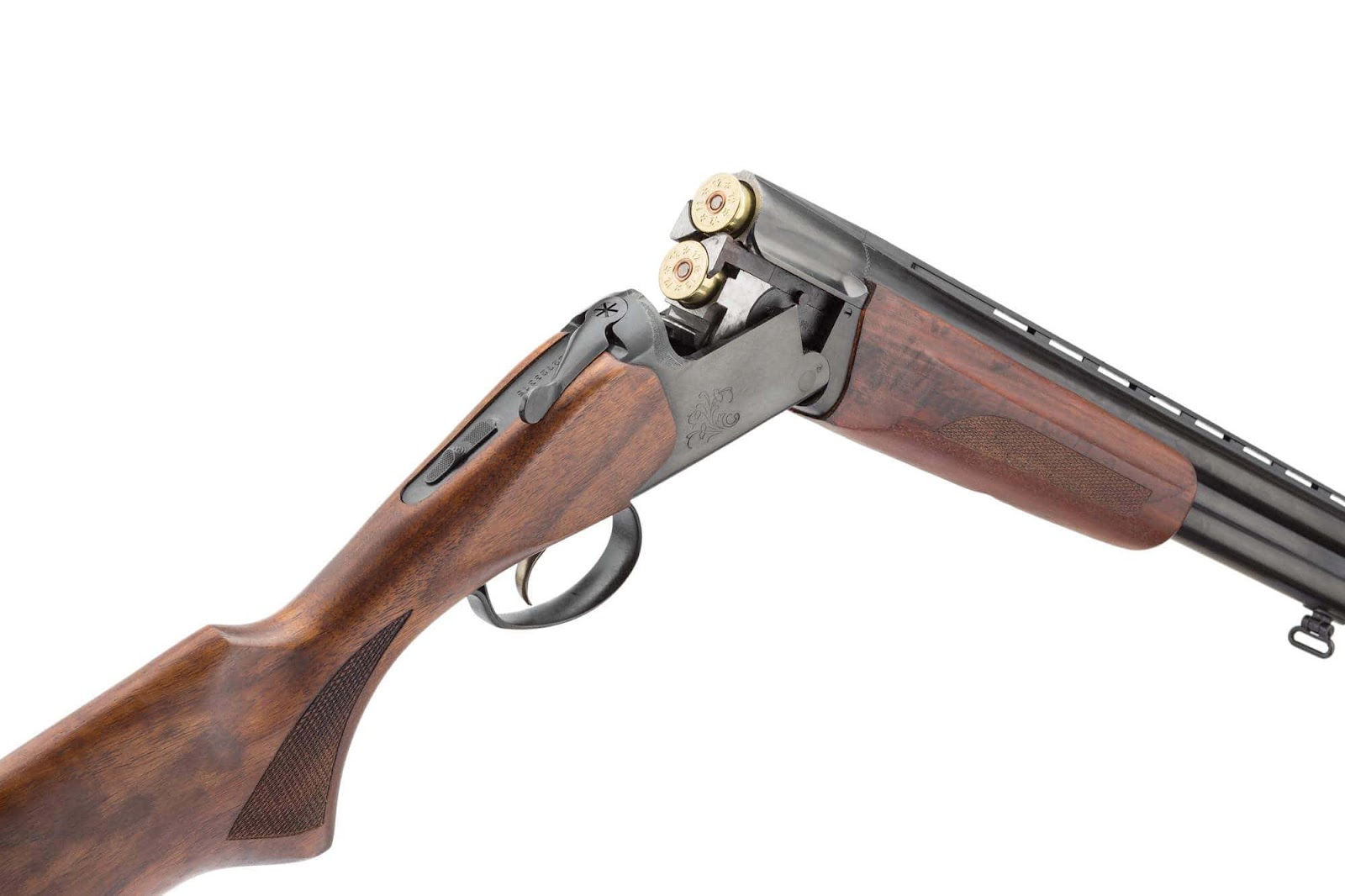 Also commonly known as the Baikal IZH-27, The ‘Model 27’ is a Russian shotgun that is one of the most reliable and durable over and under’s you will come across. It’s by no means the prettiest gun in the cabinet, but it may well be the most well-rounded and the best value for money.

The Model 27 is an absolute bargain, and don’t be fooled by the price. The main reason for the Baikal being so cheap is down to the fact that it doesn’t come with all of the fancy trimmings, engravings, high-end wood etc. but this is in no way a reflection of its capabilities as a shotgun. You’ll be pleasantly surprised by how well this gun shoots and handles, and you’ll also find that many experienced shooters have owned a Baikal in their collection for years.

We’d strongly recommend getting your hands on one of these; it won’t set you back much and it’ll last you nearly forever! 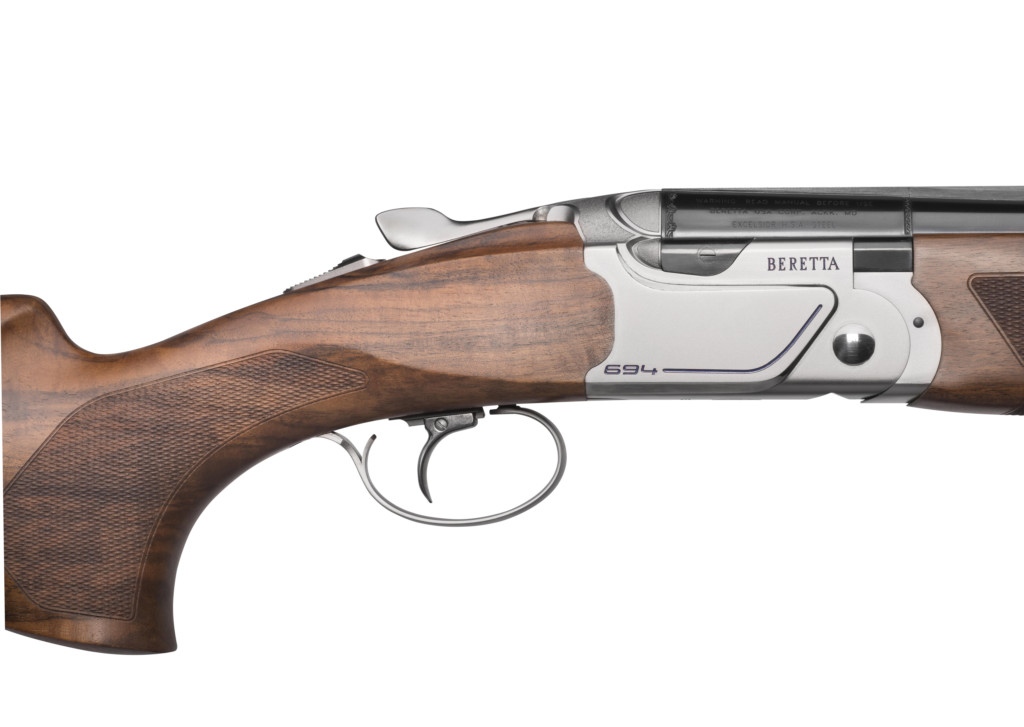 A much newer Beretta model that’s only really been around for a couple of years. This one comes with a big price tag and was crafted with influence from some of the World’s best professional shooters to develop a shotgun that excels in performance. One of the elements that was worked on tirelessly was the distribution of weight. The weight of the gun has a huge impact on balance and stability, and many reviews have picked up on the fact that the stock is weighted almost perfectly to give the shooter complete control with every shot.

Take a look at the Beretta 694’s we have on our site right here! 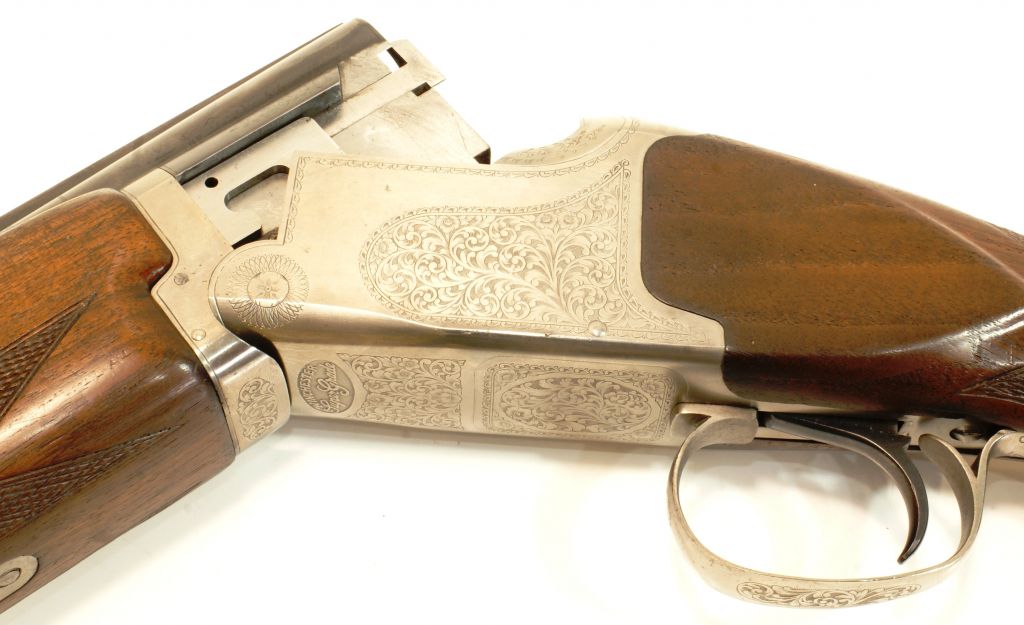 The XTR was launched back in the 80s and since then Winchester has released various different editions, including the 101 - a similar but slightly more expensive model than the Super Grade. The pistol grip stock features detailed checkering and the action is nicely engraved too. For all of you shooters out there, this is a shotgun specifically designed for breaking clay targets - but it’s still just as capable of taking out birds too. The XTR weighs in at around 3.5kg which is an optimal weight for providing stability and recoil reduction, whilst not being too heavy to carry with you on a full day’s shooting.

A very modest price for a very well manufactured model! 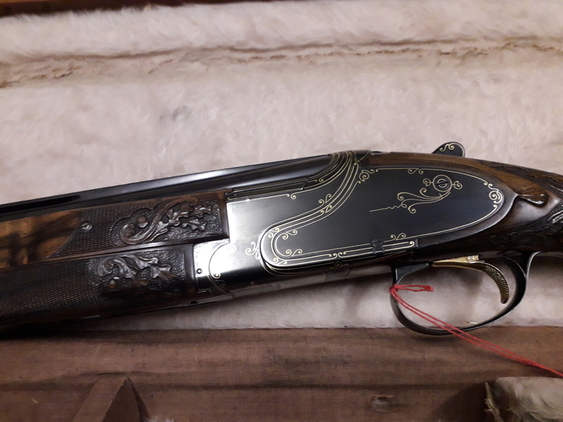 What a beauty - not your average B25! The Browning B25 is already an exceptional shotgun, but this special presentation edition is really something else. This design was made especially for the Paris Shooting Show and there are only a handful in existence! Featuring beautifully carved Acanthus leaves and inlaid with gold in the action - there’s something so sleek and attractive about the blackout design. Obviously you’re just as well off buying a standard B25 for a fraction of the price (although still expensive!), but you can’t ignore the beauty of this limited edition.

Although this particular model is very rare, we do have a lot of Browning B25’s available for you to browse! 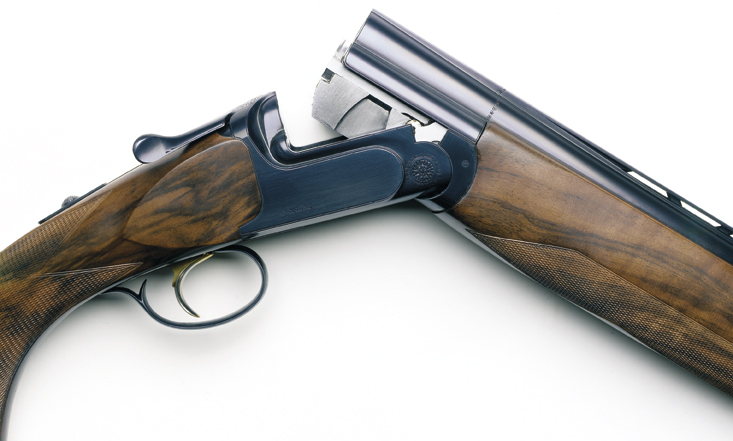 Perazzi has long established itself as one of the World’s greatest trap/sporting manufacturers. Their shotguns have produced numerous World and Olympic Champions, and you have the chance to own the exact shotgun that began their legacy. The MX8 has been Perazzi’s flagship Trap model for more than 50 years, albeit with evolutions along the way. The MX8’s you see on our site are the exact same MX8’s that you’d see performing at the Olympic Games, so there’s no real need to promote this one any further - the accolades speak for themselves!

It is also one of the easiest shotguns to find stock upgrades for, with higher quality wood - so you can pimp your MX8 to be the classiest looking Perazzi around!

On the whole, they are light, very fast and efficient to use, and look great too! Get your Perazzi MX8 now!

Caesar Guerini designs its shotguns not for the masses, but for the few who ‘consider hunting as an art form’. They believe that a lot of the market struggles to find a good balance between beauty and efficiency. The Summit clearly ticks both of those boxes. The updated edition now features a new black action, so you can customise what sort of appearance you’re after.

The checkering on the foregrip is some of the finest you’ll ever see, making traction absolutely solid for your hand. The Summit really is engineered to perfection, like so many shotguns crafted by Caesar Guerini. So agile, easy to use, accurate, and perfectly weighted to give the shooter maximum control.

This one really does perform as the price tag suggests - if not more so! You’ll regularly find CG Summits on our site, in a multitude of different editions. 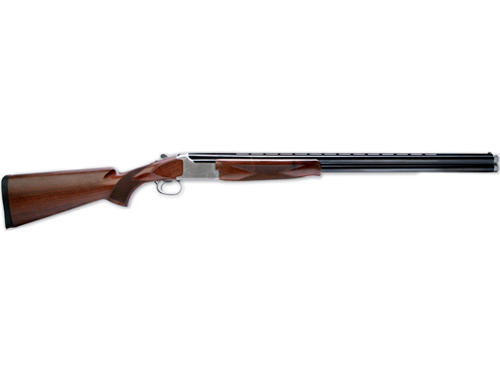 It’s Miroku that steals the last spot on the list, the Japanese firearms manufacturer that continues to grow its European presence! The MK38 is one of their higher-tier shotguns which comes as either a trap or a sporter. Their Invector Plus Choke System has been built with input from both Browning and Nigel Teague, helping it to produce some of the most consistent patterns on the market.

The MK38 scores extremely highly on pretty much every review you’ll find on the web - and not just for a few elements. Control, appearance, price, production quality - every single element is rated impressive results. It is tried, tested and approved by a whole host of reputable shooters, magazines and distributors - certainly one for the wish list!

Check out the Miroku MK38’s on our site. 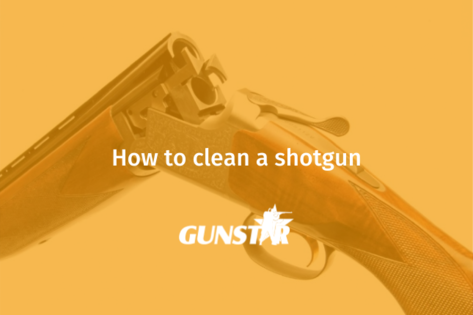 How to clean a shotgun 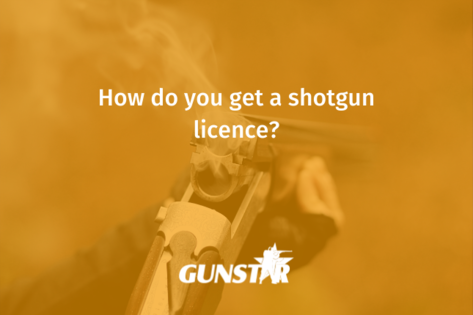 How do you get a Shotgun Licence (SGC)?