Marocchi’s premium firearms are available to the UK market thanks to Viking Arms.

After Marocchi’s successes with their over and under Zero3 Trap Shotgun that was launched as a reliable competition shooter, they’ve backed themselves up with a new Evo model. The new Evo is described as a more affordable shotgun that comes packed with the highest quality and premium features - some of these you’d normally only get from the most premium guns on the market.

The Evo is now shorter in length but comes with more width at the rib/ barrels which helps to make your shot far more stable whilst at the same time creating an understated design that feels better.

The updates don’t just stop there - Marocchi has launched a new fast ejection system using the latest technology; this has helped to give the gun more of a presence out in the field, but also far more accurate with each shot. Once you combine this with the smooth boring barrels, you get a more consistent shooting pattern and a reduction in recoil.

The Evo has been crafted with precise care and a lot of time; after more than two years of planning and testing Marocchi released it in two different versions; both for Sporting and Trap classes. Your action comes in two colour variants - black or nickel. 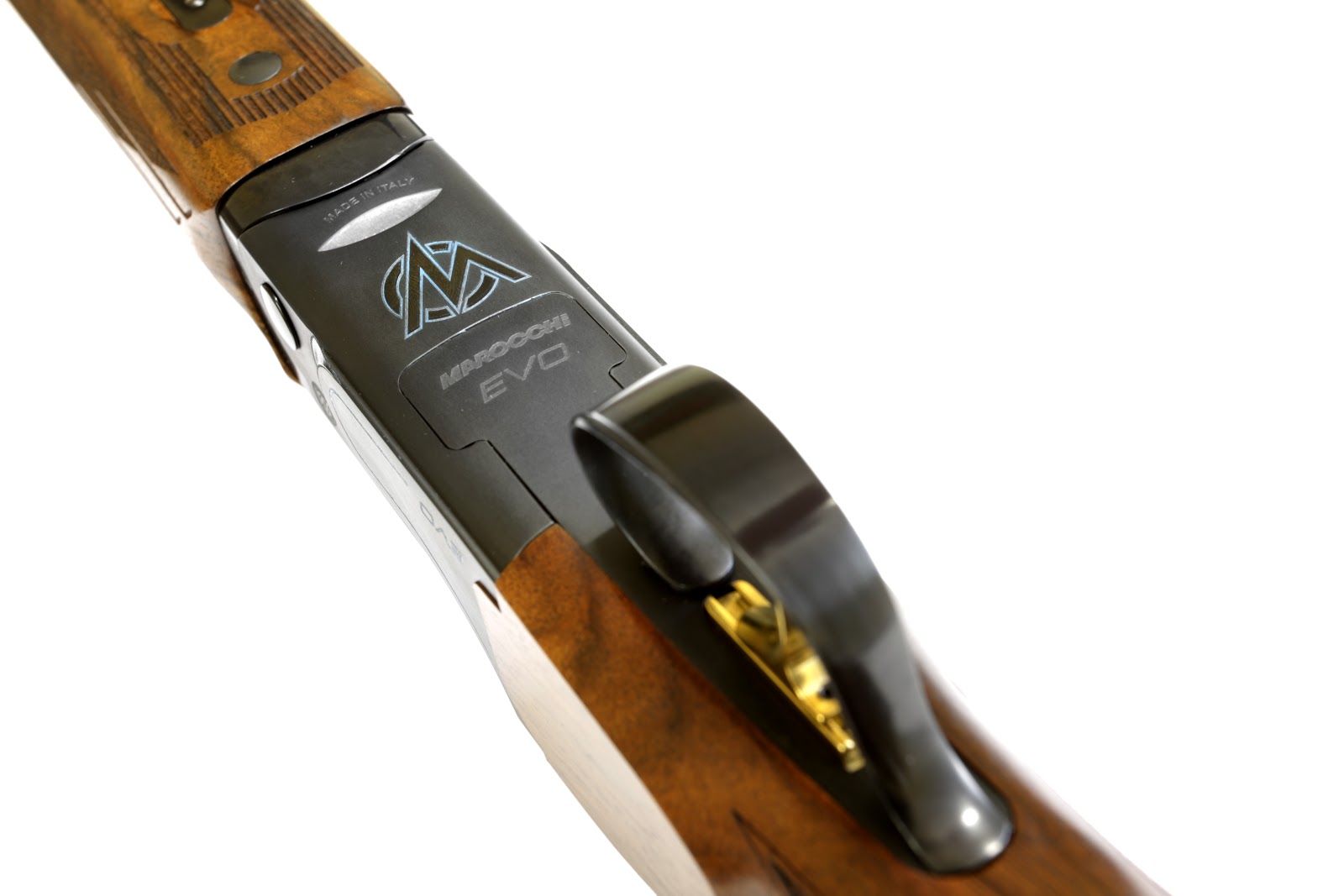 Marocchi has devoted it’s traditional, family-based company to bespoke shotguns and hunting rifles for almost 100 years. Stefano Marocchi started the journey in 1922 and ownership hasn’t strayed from the family since then. During the early years, Stefano was producing premium firearm parts for some of the world’s top companies like Holland & Holland and Anson. The Over and under business is the driving force behind Marocchi’s success - hence the excitement around the new Evo model.

Currently, Michele Pietro Marocchi is at the head of the company, who is a former European champion at the clay shooting championships. Marocchi is now part of a wider company, C.D Europe, which has invested in the CO2 air rifle industry too. In 2008, C.D Europe took ownership of Daystate, a British business who is renowned as one of the most prominent PCP rifle manufacturers in the world.

Marocchi is operated by the fourth generation of the family, as it’s legacy continues to thrive and progress.

• Adjustable comb and/or adjustable pitch as an optional feature

Marocchi is imported to the UK by Viking Arms. For more information on products from Viking Arms, visit their site here.